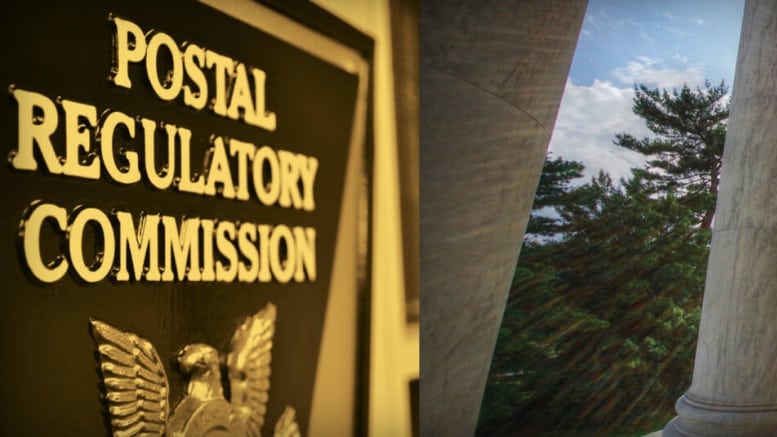 The Postal Regulatory Commission has spent the past four years working on a revision of the rate system for Market Dominant products. Yesterday the Commission issued its final rule on the changes. The order is here. The PRC’s press release is here. The media kit contains a useful FAQ.

The review of the rate system involved the Commission, the Postal Service, and an extensive list of stakeholders and commenters.  And even though this contentious process has been going on since December 2016, it’s not over yet, not by a long shot. Given that many of the mailers have fought the changes that were finally approved, it’s widely expected that some stakeholders will appeal the PRC’s order to the D.C. Circuit.

The Alliance of Nonprofit Mailers has already promised as much. In an article on its website back in February 2020, the ANM wrote that the proposed changes would not achieve the objectives stated in the 2006 Postal Accountability and Enhancement Act and would thus “violate the law.” If the regulator were to approve these proposals in a final rule, wrote the ANM, “many expect multiple stakeholders to appeal it at the U.S. Court of Appeals.  The court could take some time to reach a decision, meaning that mailers could face a year or two of surcharges in 2021 and 2022, before the appeals are resolved.”

We will probably soon hear similar comments from other mailers and industry insiders. Just yesterday, minutes after the order was posted on the PRC website, DeadTreeEdition, a highly respected blog that covers the print business and postal issues, posted a tweet about the new order saying, “If you’re involved in mailing or #printmedia, stay tuned. Big developments are afoot in #USPS pricing. See you in court.”

The new rate system gives the Postal Service significant above-inflation pricing authority over Market Dominant products. Or, as the mailers put it, the new system “busts the price cap.”

At one stage of the proceedings, the Commission considered a simple CPI-plus formula that would have allowed the Postal Service to increase prices by 2 percent on top of the regular CPI increase. In the end, the Commission adopted a different approach. Under the new system, rate increases will be tied to two factors.

The first factor ties the above-CPI authority to changes in mail density, i.e., the number of pieces per delivery point. This aspect of the rate system would address increases in the cost-per-mailpiece that are driven by measured declines in year-over-year density. The second factor ties the above-CPI authority to Congressionally-required amortization payments for retirement health benefit and pension costs. This second factor could become irrelevant if Congress were to pass legislation that modified how the Postal Service deals with these costs.

Yesterday’s order contains a technical appendix with estimates of how these two factors might play out. (These estimates were developed in an earlier PRC order in December 2019.) Here’s a chart showing the hypothetical impacts of the density formula on the first couple of years.

This chart indicates that for the period 2013 to 2019 the density rate authority would have ranged from 0.36 percent to 2.69 percent.  The average for this period would have been about 1.23 percent annually.

Here’s a chart showing the hypothetical retirement rate authority using the retirement data for the next five years.

As this charts indicates, annual increases range from 0.827 percent to 1.111 percent. The average for this period comes to about 0.937 percent.

If the Postal Service were to exercise its full authority using both factors, rates could be increased by somewhere between 2.17 percent and 3.8 percent above the annual CPI increase. Overall, average annual increases of about 2.5 percent (on top of the CPI increase) appear to be a reasonable estimate.

For some types of mail, the increases would be stiffer. For products considered “non-compensatory,” i.e., the revenue they bring in doesn’t cover their attributable costs, the Postal Service has been granted authority to raise rates an additional 2 percent. In an earlier version of this proposal, the Postal Service would have been required to raise rates 2 percent on these underwater products, but after hearing a lot of negative feedback from the mailers, the Commission decided to make this increase optional. That means the Postal Service could use this authority to raise rates on some non-compensatory products, like Marketing Mail flats, by 2 percent but choose not to do so for other non-compensatory products, like Periodicals, because they have “educational, cultural, scientific, and informational value.”

The Commission punted on several other aspects of a new rate system that it had been considering, including the proposal to tie an above-CPI increase to performance. Instead, the Commission will open a new rule making docket, as the FAQ puts it, “to further study potential modifications to the ratemaking system that link financial incentives and/or consequences to efficiency gains, cost reductions, and the maintenance of service standards.”

In FY2020, Market Dominant products brought in about $40 billion in revenues. If the Postal Service were to take full advantage of its new pricing authority and raise rates by an average of, say, 2.5 percent, it would bring in an additional $1 billion a year, somewhat more if the USPS also exercised its authority to raise non-compensatory products by 2 percent.

It’s also possible, however, that rate hikes will not have this effect. They could drive away business and actually lead to a drop in revenue. According to many of the mailers who filed comments with the Commission, that’s exactly what is going to happen.

As one large group of mailers wrote in comments to the PRC in February 2020, “Ultimately, not only do the Commission’s proposals do nothing to address the root causes of the Postal Service’s financial problems—volume loss and costs that are rising faster than inflation—but they will have the opposite of their intended effect, driving volume from the mail and creating the risk of a death spiral for the Postal Service.” This will be a death spiral, they warn, “of the Commission’s doing.”

The new rate system will go into effect 30 days after it is published in the Federal Register. Stakeholders have 30 days to file an appeal with the D.C. Circuit.