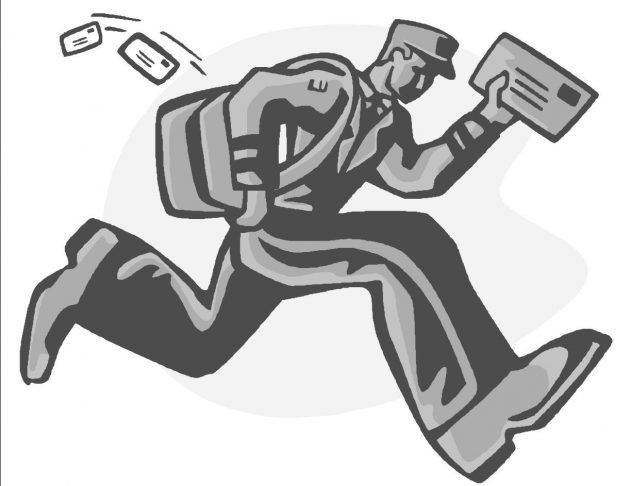 Community and Postal Workers United (CPWU) is encouraging people to speak out during the public comment period at the Postal Board of Governors’ meeting on November 10. Here’s the CPWU announcement.

Postal Board of Governors – Public Meeting

Listen to public comment (after a short board mtg. at 8:30am ET) at https://about.usps.com/who/leadership/board-governors/#sessions

The US Postal Service, run by dedicated postal workers, is protecting our votes and delivering for the holidays, even when burdened with understaffing, cuts, delays, and price hikes by top postal management.

Despite two years of calls for the removal of Postmaster General Louis DeJoy by postal unions, advocacy groups and many Congress people, the Postal Board of Governors continues to support DeJoy.  Two pro-DeJoy governors – Lee Moak and William Zollars – end their terms on December 8, 2022.  President Biden has the opportunity to replace them with pro-public, pro-worker nominees and tip the balance to finally dump DeJoy.

An activist network, Communities and Postal Workers United, is circulating this petition.  https://actionnetwork.org/letters/tell-president-biden-nominate-the-final-two-members-of-the-usps-board-of-governors-needed-to-fire-louis-dejoy-and-expand-postal-services-now

Postmaster General Louis DeJoy is rolling out a massive change to mail sorting and delivery, beginning with 200 post offices by February, 2023.  Instead of sorting mail in the back of the local post office, mail carriers will commute to a distant “Sorting and Delivery Center” to sort their mail then travel back to the neighborhood to deliver it, then travel back to the S&DC to complete their day and then commute back to their home. This new “Delivery Unit Optimization – DUO” (local office) and “Sorting and Delivery Center- S&DC” (distant hub) plan will severely impact postal workers and the public.

This from Steve Hutkins (savethepostoffice.com), a nationally recognized postal expert…”consider what’s in store for individual letter carriers. For most of them, their new workplace at the S&DC will require a longer commute than the post office where they currently work — probably about 10 extra miles, another 15 minutes of driving time each way. That’s 2.5 hours more each week, 120 hours more a year — the equivalent of three weeks’ work, unpaid. Over the course of a year, the carrier will drive 5,000 more miles than the current commute requires. Figured at the IRS mileage rate of 63 cents per mile for gas, maintenance, etc., the increased cost would be $3,150 (non-reimbursable).”

This assault on mail carriers’ working conditions will accelerate their exodus from the postal service.  Already, due to understaffing and long hours, mail carriers are retiring early.  The retention rate for new carriers is 30% and job fairs are producing few applicants.  The postmaster general’s new plan will only make this bad situation worse.

DeJoy has announced the conversion of thousands of post offices and the displacement of tens of thousands of mail carriers (DUOs) in the next few years.  Hutkins suggests that the retail units that lose their “back end” delivery units will also lose postal clerks (who sort parcels and mail for the carriers) and supervisors.  Inevitably, without a full clerk complement, retail hours are cut, post offices are moved to smaller, out of the way buildings and strip malls, merged, contracted out or closed.  This is what happened to most post offices where thousands of routes were DUO’d in the 2011-2015 period.

CPWU is urging all postal service supporters to sign petitions protesting mail carrier removal (https://actionnetwork.org/letters/save-local-post-offices-stop-mail-carrier-removals), organize town hall meetings against it, and speak out at the Postal Board of Governors’ national meeting on November 10.

Many speakers will no doubt emphasize the adverse economic impact on postal workers and the communities they serve, particularly in rural areas. On the eve of Veterans Day, some will also remind the board that military veterans, now wearing the uniform of the postal service, will be among the first casualties of yet another public service restructuring scheme inherited from Trump but still unfolding on Joe Biden’s watch.