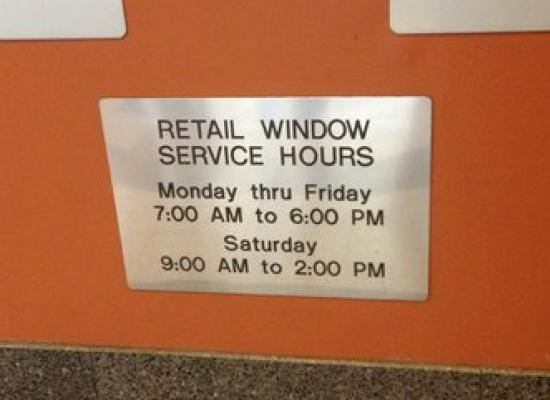 In 2010, the Postal Operations Manual was revised to say that before changing retail hours, the postmaster was required to solicit customer feedback (Postal Bulletin 22289).  In 2012, this passage was removed from the POM, thus giving postmasters authority to change window hours at their discretion, regardless of customer needs (Postal Bulletin 22344).

While the POM was changed almost two years ago, the issue has become significant at this moment because the Postal Service is now reducing window hours at numerous post offices in California, where Mr. Carlson resides.  On May 4, closing time for the retail windows at in over two dozen post offices in San Francisco will change from 6 p.m. to 5 p.m. In many if not most of these cases, the Postal Service didn’t even post signs notifying customers of the impending change, which is required by the POM. 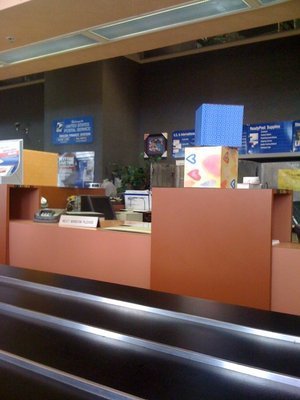 Mr. Carlson’s complaint argues that the Postal Service has failed to “adequately and sufficiently consider the needs of customers” before making these changes to the hours.  He suggests as remedies that the Postal Service suspend its plan to change the window hours at these post offices and amend the POM so that customers must be consulted before making such changes.  In the meantime, Mr. Carlson asks the PRC to grant emergency injunctive relief to prevent the change of hours on May 4.

It should be noted that these changes are occurring at relatively large urban post offices.  They are not part of the reduction in hours now taking place at 13,000 small rural post offices under POStPlan.  The changes Mr. Carlson is contesting do not involve matching operating hours to work hours, which is the basis for POStPlan, and they were not encompassed by the PRC’s advisory opinion on POStPlan.

Mr. Carlson's complaint also notes several unsuccessful attempts to obtain information from the Postal Service under the Freedom of Information Act, a matter that is currently the subject of a pending complaint in U.S. District Court.

Mr. Carlson is an attorney who’s been watching out for consumer interests in postal operations for many years.  He’s filed numerous requests for documents under the FOIA, he won a lawsuit against the USPS over a FOIA request in 2007, and he comments regularly for PRC advisory opinions. There’s a good profile of Mr. Carlson here.