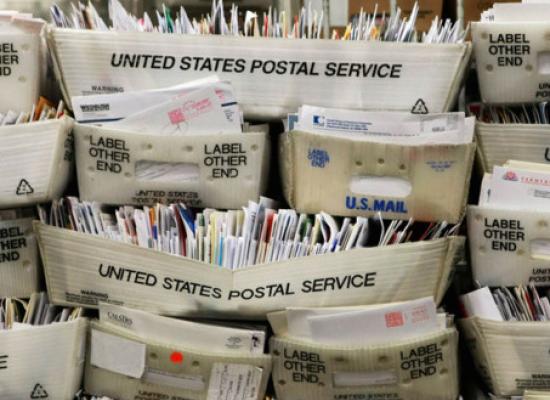 The Postal Service has released its on-time performance reports for the fourth quarter of the fiscal year (July 1 – Sept. 30, 2015).

Compared to the third quarter, on-time performance for most types of mail has improved, but performance remains significantly down from the same period last year (SPLY) — before the changes in service standards and operations at processing plants went into effect on January 5, 2015.

For example, during the third quarter of FY 2015, single-piece First Class mail (SPFC) had an on-time performance record of 78.1 percent for 3-to-5 day mail.  During the fourth quarter, 81.9 percent of this mail was delivered on time, an improvement of almost 5 percent.

But compared to the same period last year, on-time performance for single-piece First Class mail with a 3-to-5 day delivery standard declined from 91.3 percent to 81.9 percent, a drop of 9.4 percent.  That’s also well short of the target of 95.3 percent.

While the general public may not be looking at the numbers themselves, many people have been complaining that the mail is moving more slowly.  The drop in performance results has also received a lot of attention from the media, the mailers, members of Congress, and the unions (the APWU has taken the PRC to court over the issue).

The watchdog agencies are also taking note.  In August 2015, the USPS OIG issued a thorough report about the service problems and recommended a halt to plant closures until performance improves.  A more recent GAO report also addressed the service performance issues.

The concerns about delivery speed have led the Postal Service to slow down the plant consolidations, and it’s even possible that Congress will tell the Postal Service to roll back the changes in service standards that took place at the beginning of this year.  The House has already approved an amendment to restore the interim service standards that were in effect from July 2012 to January 2015.  That would restore overnight delivery to local mail and shave a day off of some 3-5 day mail.

The Congressional Budget Office has estimated that it would cost $1 billion to restore the service standards, but that estimate seems to be mistaken, as explained in this previous post.  The CBO apparently based its calculations on the notion that the House amendment would require the Postal Service to restore service standards to where they were before July 2012, which would mean reopening plants that closed in 2012 and 2013.

But the legislation would only restore the interim standards, which would simply mean returning to the way the plants were operating before January 5, 2015.  Very few plants have closed since January, and it would probably be possible to restore the interim service standards with the current infrastructure and at a relatively modest cost.  It's not as if the changes are saving very much money, since the estimated savings — about $750 million — were based on closing over 80 more plants and eliminating thousands of additional jobs, neither of which has happened, at least not yet.

Senator Carper's iPOST bill (Improving Postal Operations, Service, and Transparency Act of 2015) also has a provision (section 201) that would explore the feasibility of rolling back the service standards, and it seems to address the cost issues raised by the CBO.  It directs the PRC to commission a study that would examine, among other things, "the resources needed, structural and operational changes needed, and market demand" for a return to the interim service standards.

It should be noted that the numbers in the two data sets aren’t exactly the same.  For example, for single-piece First Class, the pdf version says 3-5 day mail had a performance of 81.9 percent; in the spreadsheet version shared with the PRC, it says 83.1 percent.  It’s not clear why these discrepancies occur.