The Postal Service has released the official lists of post office closings and suspensions in FY 2013.  The lists come in response to a Chairman’s Information Request made as part of the Annual Compliance Determination Review (ACDR) conducted by the Postal Regulatory Commission.

The lists can be downloaded from the PRC website here.  We’ve also put them on Google docs for easy access: the closure list is here; the suspension list is here.  (Note the tabs for each sheet at the bottom of the spreadsheets.)

A discussion of the discontinuances and suspensions that have taken place over the past year can be found in this post.  Here’s a brief update.

At least 33 of these 70 post offices had already been closed for an emergency suspension, and they appear on a list of suspensions provided to the PRC last year as part of the ACDR.  The list of 33 is here.

This means the Postal Service has apparently closed post offices based on information that was two years old or even older.  For example, the post office in Woodbury Heights, New Jersey, received a final determination on September 19, 2011; the closed date on the new closure list is April 4, 2013.

Then again, the dates on the new list could just be wrong.  The Woodbury Heights post office may have closed back in September 2011, as it was scheduled to do, and the new list simply has the wrong date.  Along the same lines, the post office in Kettle Island, Kentucky, was discontinued on June 1, 2011, but it appears on the new closure list with a discontinuance date of April 18, 2013 (and it appeared in Postal Bulletin with a discontinuance date of March 16, 2013).  Maybe there’s some other reason that these (and many other) post offices that closed before 2013 are appearing on the closure list for FY 2013.

There may be other problems with the list as well.  For example, it includes a post office in Letterman, California, with a ZIP of 00999, but there’s no such ZIP or post office, and that appears to be an incorrect duplicate for the post office in Treasure Island, California (94118).

The list of closures also includes the POStPlan designation, which may be of interest to the Commission, considering that POStPlan post offices were supposed to have their hours reduced, not be closed.  The new list shows that 26 POStPlan post offices closed during FY 2013.  There’s no indication if the community actually chose closure as an option under POStPlan or if the post office was closed for other reasons.

In any case, with almost 60 of the 70 post offices having received a final determination back in 2011, the new list shows that there were very few discontinuance studies conducted in 2013.  At least for now, the Postal Service is not aggressively closing post offices.  As Deputy PMG Ron Stroman told the Senate committee working on the postal bill this past week, “We are not interested in closings at this point.”

The new totals for emergency suspensions are somewhat different from what the Postal Service reported on December 27, when it submitted the first batch of materials for the ACDR.  The new report says that at the end of the year there were 354 post offices and 87 stations and branches under suspension.  There were 138 suspensions during the year; in 27 cases, the post office reopened. 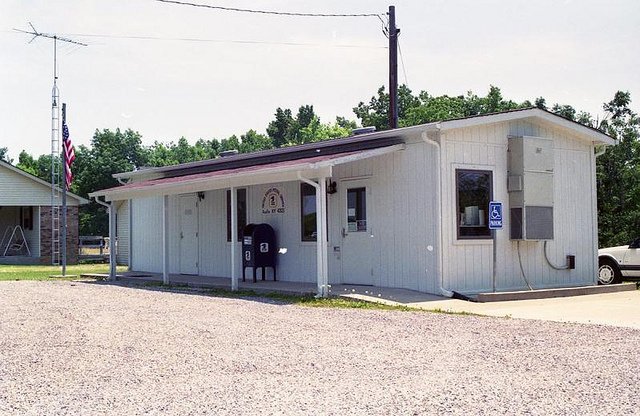 The Postal Service has also provided a list showing all of the individual suspensions along with explanations about why each post office was suspended.  Of the 440 or so post offices under suspension at the end of the fiscal year, at least 160 were due to a problem renewing the lease, over 50 had to do with an inability to find personnel to staff the office, and over 80 had to do with conditions in the building, including 18 that were caused by mold.

During fiscal year 2013 itself, there were around 110 suspensions that remained under suspension at year’s end — at least 40 due to lease problems; a dozen due to personnel problems; and 25 due to the building conditions, 9 of them due to mold.

Many of the reports on post office closures, suspensions, and related matters that have been submitted as part of the ACDR can be found on Google Docs here.