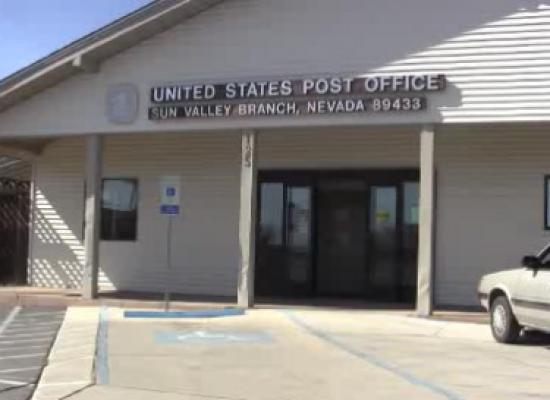 The Postal Service has initiated a discontinuance process to close the Sun Valley branch post office, just north of Reno.

According to the USPS facilities list, the Postal Service constructed the Sun Valley post office in 1986, so it owns the building and there’s no rent to pay, just maintenance and utilities.  The employees (there may be just one) will be relocated to another facility, so there’s not really any cost savings there either.  Closing the Sun Valley post office probably won’t save much.

All that was immediately apparent to one customer at Sun Valley who told the local news: "To me it's crazy, okay? I'm still shaking my head, no, no you're not saving anything by closing this!"

The Postal Service hasn’t provided any details about the cost savings, but David Rupert, a USPS representative, told the media, “The savings are going to be about a half-million dollars over a 10-month period.”

That, of course, is a misprint or misstatement.  Mr. Rupert probably meant a half million dollars over ten years, not ten months.  But even that estimate should be questioned, and no doubt it will be when the Postal Service holds the community meeting and if a decision to close is appealed to the Postal Regulatory Commission

Retail services at the Sun Valley office will be consolidated with Sparks, which is over six miles away.  Thatt’s not very convenient for most people in Sun Valley, especially seniors.  Some 200 people have boxes in the Sun Valley post office.

The Postal Service began the process of closing the Sun Valley post office back in 2011.  Now it's picking up where it left off.