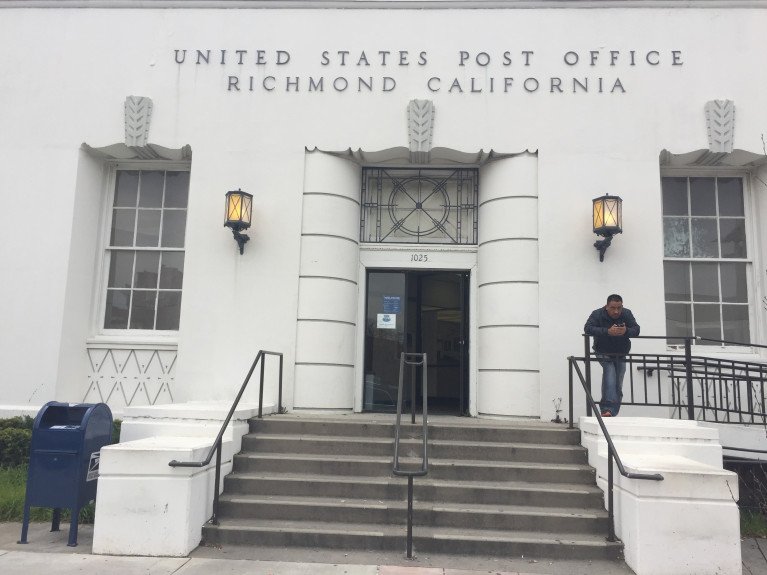 East Bay Times: The United States Postal Service announced Wednesday that it plans to close Richmond’s downtown post office, a historic building considered a landmark for the city, dealing a blow to efforts to attract more investment to the area.

The art deco-era building at 1025 Nevin Ave. was built in 1938 as part of the New Deal program launched by President Franklin D. Roosevelt during the Great Depression. It once was a hub for the city and featured colorful murals, including one recently rediscoverd after it was missing for more than 40 years.

The closure comes as the U.S. Postal Service tries to address its financial struggles by trying to sell assets and trim costs. A major part of the post office’s financial problems stems from a congressional mandate that requires the agency to prefund its pension plans, a unique requirement not asked of any other governmental agency. Already, dozens of historic post offices around the country have been put on the market, including ones in Berkeley and Napa.

Once the sale is finalized, the retail operation of the downtown Richmond post office will be moved to an existing postal facility about a mile way where letter carriers are already based, according to Augustine Ruiz, a spokesman for the United States Postal Service.

“The Nevin Avenue location is too big and is a building that no longer serves our purposes,” Ruiz said. 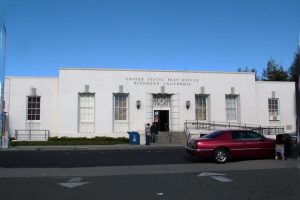 . . . Wednesday’s announcement was roundly criticized by city officials and other advocates of downtown who have sought to attract new housing and businesses to the area. The post office serves employees of nearby Kaiser hospital, a Social Security Administration building, several county office buildings, many small businesses, along with residents of numerous apartments and housing developments in the area.

The post office “is a landmark and central to the historic fabric of the downtown district,” said Amanda Elliott, executive director of the Main Street Alliance, a nonprofit organization dedicated to revitalizing downtown Richmond. “Richmond is woefully underserved in many aspects and closing the main post office in the city will add to this unfortunate trend.”  Read more in the East Bay Times. 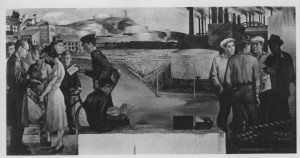 According to the Living New Deal website, the Richmond post office once housed a mural entitled “Richmond Industrial City,” by Victor Arnautoff, who did the “City Life” mural in Coit Tower and was a potégé of Diego Rivera.  The mural was commissioned by the U.S. Treasury Section of Fine Arts and installed in April 1940.  In 1976 the mural was removed during a renovation of the lobby, and then, instead of being sent off for restoration, it wound up in the basement of the post office where it was nearly ruined by a water leak.  After decades in storage, the mural is currently being restored.