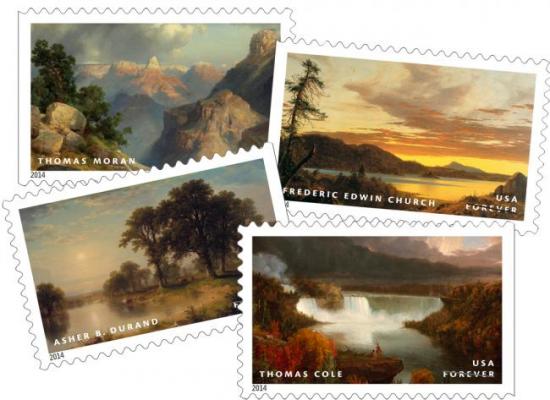 On Thursday the Postal Service filed a notice with the Postal Regulatory Commission saying it intends to raise postal rates on April 26, 2015, under its price cap authority.

The USPS press release says that the price hike will generate $400 million in contribution during FY 2015 (there will be only five months left in the fiscal year) and $900 million on an annualized basis.

The maximum rate increase permitted under the price cap authority at this point in time is 1.966%.  This number is derived from calculations based on the previous twenty-four months of the Consumer Price Index – All Urban Consumers (CPI-U).

As Dead Tree Edition pointed out in an excellent post about the rate increase, the Postal Service submitted its filing late in the afternoon on the day before the Labor Department published the CPI numbers for December.  Because of plunging energy prices, consumer prices fell 0.4% last month, the largest drop since the end of 2008.  If the calculation of the postal rate increase had included December, the price cap would have been a bit lower.  A back-of-the-napkin estimate suggests it might have made a difference of $25 million annually.

Since these numbers are slightly below the price cap authority, the unused authority can be rolled over to the next increase.  But the differences are very small, and the rollover amounts are small fractions of one percent.

While each class of mail will go up about 1.9 percent, there’s a considerable degree of variation for the service categories within each class.  To address concerns expressed previously by the PRC, the Postal Service will increase rates more for products not covering their costs (they’re underwater), such as flats and parcels.

What about the surcharge?

But today’s notice indicates that the CPI increase, if approved by the PRC, will be implemented on April 26 — several weeks before the surcharge ends.  For this period, then, it appears that this new increase will be on top of the exigent surcharge.

Prices will thus go up on April 26, and then go back down when the surcharge ends.  In most cases, the after-surcharge price would be below the current price.  That’s because the exigent increase was 4.3 percent, while the CPI increases average about 2 percent.

All this is dependent on what happens with the exigent surcharge.  Senators Carper and Coburn had proposed legislation making it permanent, and that could be back on the table.  The PRC's ruling on the exigent case is also being challenged in court by both the Postal Service and the big mailers.  (More on that here.)

For reasons that aren't explained in Thursday's notice, the Postal Service has decided not to raise the price of Forever stamps.  It will remain at 49 cents and not be affected by the CPI increase.

If that’s the plan, people who pay 49 cents for Forever stamps before the surcharge ends will be paying two cents more than the stamps will subsequently be worth.  This would be the first time stocking up on Forever stamps doesn’t pay off.

This seems like it should be a matter of some concern.  In 2012, nearly 22 billion Forever stamps were sold, and that's probably about how many would be sold in 2015.  That represents about $10 or $11 billion in stamp revenues.  If customers are reluctant to buy Forevers during the spring and early summer because they know the price will soon be coming down, it could have a significant impact on revenues.

This may partly explain why the Postal Service did not raise the price on Forever stamps to 50 cents.  Consumers who purchased them before the surcharge ends would have been paying 3 cents more than they're worth rather than just 2 cents.

Or perhaps the Postal Service was simply setting up the headlines about the rate increase, many of which have noted that Forever stamps won't be going up.  The USPS press release doesn't even mention the price hike.  It just says, "Forever Stamp Prices Unchanged."   That probably makes the rate hike go down a lot easier with average customers.

The Postal Service's rate system is extremely complicated, and the Mail Classification Schedule runs to hundreds of pages.  At this point, though, the situation is even more complex because there are essentially four different rates to consider for every service category.  Just to illustrate, here's a table showing the various prices for a few USPS products.

Here's how the four different prices come into play for each category.

Column B shows the current base prices.  These rates reflect the CPI increase that went into effect in January 2014, but not the exigent surcharge that went into effect at the same time.  Because of the surcharge, no one has actually paid these rates, but they can be found in the Postal Service's notice to the PRC back in 2013, when it was proposing the CPI increases for 2014.  The new CPI increase used these prices as the base rate.

Column C shows the current actual price, which reflects both 2014 CPI increase and the exigent surcharge that went into effect last January.  These numbers come from the Mail Classification Schedule, which can be found on the PRC website here.

Column D shows the proposed price for April 26, which would include the new 2015 CPI increase on top of the exigent surcharge.  The numbers come from Part II of an attachment to this week's notice about the CPI rate increase.

Column E shows the new base prices, i.e., just the 2015 CPI increase.  If the surcharge does not become permanent as a result of legislation or a court ruling, these would presumably be the new rates after the surcharge is removed.  The numbers come from that same attachment to this week's notice about the CPI rate increase, Part I.

Column F shows the percentage increase from the current base price to the proposed base price, i.e., the increase from column B to E.  These are the percentages presented throughout Thursday's notice.  (The Postal Service did not apply the 1.996% CPI increase to the actual current price, including the surcharge, because that would have increased the rates more than permitted by law.)

As you can see, the differences among the four different prices for each category are sometimes very small, but for big mailers, these seemingly small variations are significant.

The table also shows that there's a lot of variation in the rates of increase.  One of the main tasks of the PRC's review of the case will be to determine whether each increase is justified and in compliance with the law.

Most likely, the Commission will approve the overall increase with an exception or two.  If there's a big disagreement, the Postal Service can take the case to court.  That's what happened with the previous CPI increase.  The PRC approved the increase but had issues with the prices for Full-Service IMb (Intelligent Mail barcoding).  The Postal Service disagreed and the case is now in federal court.  (The filing is here, and the issues are discussed in this brief filed by several mailers' associations.)

Raising postal rates in April means that t's possible, perhaps even likely, that there will be an extended period of time, from about April 26 to sometime midsummer, when the rates will be higher, and then they’ll come back down a bit when the exigent surcharge is removed.

Mailers are obviously unhappy when rates go up, but they don't like unpredictability either, and this up-and-down movement in the prices could have an adverse effect on mail volumes.

The Postal Service might have waited on the CPI increase until the surcharge was ending, which seemed to be the implication of the discussion in the PRC’s order earlier in the week.  But that would have also meant losing out on about three months' worth of revenue from the rate increase — over $200 million.

One also wonders what significance, if any, to attach to the fact that Robert Taub has taken over as Acting Chair of the Commission.  Mr. Taub was the only Commissioner (there were just three at the time) who would have approved the entire exigent rate increase requested by the Postal Service.  Had Commissioner Taub had his way, the increase would not have been limited to $3.2 billion and about 18 months.  It would have been permanent.

There's probably not much that Chairman Taub can to do about the Commission’s previous ruling on the exigent case, but his dissenting opinion shows that he believes there's a compelling case for making the surcharge permanent.  This may be one of the reasons that Carper and Coburn wanted Commissioner Ruth Goldway replaced as chair.

Another angle on the timing of the rate increase involves fuel prices.  With gas prices dropping dramatically, the Postal Service must be experiencing quite the windfall.

According to the USPS 2013 Annual Sustainability Report, the postal-owned vehicle fleet — with over 211,600 vehicles — logged more than 1.2 billion total miles in 2013, about 4 million miles a day.  That's about the same as in 2011, when an article in Federal Times examined the impacts of rising fuel costs (which had gone up 77 cents over the previous year).

According to the article, in 2010 the Postal Service used 650 million gallons of gas and spent about $1.7 billion a year for all postal-owned and contracted transportation — street, highway and air.  Steve Masse, vice president of finance and planning, is quoted saying that every 1-cent increase in fuel prices cost the Postal Service $6.5 million annually.  "If gasoline prices were to rise 58 cents from current levels,” said Masse, "USPS fuel costs would increase by an additional $31 million per month."

One may assume that a drop in fuel prices would have comparable impacts.  Gas was averaging $3.56 a gallon when the Fed Times article came out.  It’s now averaging $2.08.  The Postal Service may thus be saving something on the order of $75 million a month —  about the same amount that the Postal Service will gain from the CPI increase.

If the Postal Service is saving that kind of money on fuel, couldn't it wait until the exigent surcharge was removed before doing the CPI increase?  Apparently not.

Thursday's PRC filing contains a lot more than just the details about how prices will change.  The Postal Service also examines issues connected to the workshare discounts associated with the new prices, how the proposed prices are consistent with the objectives of the law, and some important changes to pricing for FSS mail (Flats Sequencing System).

The notice also describes several promotions the Postal Service wants to do.  The Color Transpromo promotion, for example, gives mailers a discount if they use color print for marketing messages on their bills and statements.  The Mail Drives Mobile Engagement Promotion gives a discount to mailers who “demonstrate how direct mail, combined with mobile technology, continues to be a convenient method for consumers to engage and interact with their printed mail pieces.”

Another promotion is called “Advanced and Emerging Technology.”  It gives mailers a discount if they incorporate “advanced print technology such as innovations in paper and ink, the use of standard NFC technology or an ‘advanced’ or ‘enhanced’ augmented reality experience allowing the recipient to engage in an interactive experience.  An advanced augmented reality experience uses elements such as 3D animation and gamification.”

The promotions illustrate how the Postal Service is trying to jazz up the mail by syncing up with new technologies.  They basically involve encouraging commercial mailers to try out new advertising and marketing strategies.

That's fine, and it may improve postal revenues in the future, but it’s a bit disturbing to read about promotions designed to help commercial mailers increase their profits at the exact moment when service standards on First Class Mail are being relaxed.  Why undermine the real bread-and-butter of the Postal Service while promoting an “augmented reality experience”?