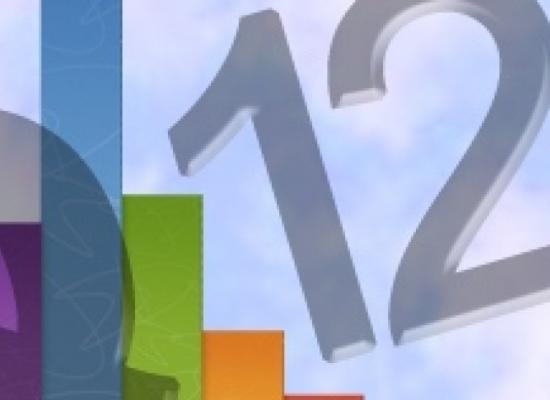 The results of the Postal Pulse survey are out, but only USPS employees can see them.  The Postal Service has produced a new video about the survey results as well, but only postal employees can view it.  For the rest of us, here’s a little background.

Postal Pulse is the new employee engagement survey being used by the Postal Service, after decommissioning the Voice of the Employee (VOE) survey that had been used for many years.  The Pulse was administered to postal workers in March and April of this year, and now the results are being shared with USPS employees.

The Pulse isn’t exactly new, though.  It’s actually the Gallup Q12 Employee Engagement Survey.  The name refers to the fact that there are twelve questions on the survey.  The Postal Service’s Postal Pulse is the same as the Q12, but with a different name and one additional question.

You can see thePostal Pulse survey here; the Q12 survey is here.  As you’ll see in comparing them, the questions are the same, almost word for word.  The only difference is that the Pulse adds an introductory question about how satisfied workers are at the Postal Service.  It’s labeled question number 0 so as not to throw off the numbering of the other twelve questions, which correspond, one by one, to the twelve questions on the Gallup Q12.

Since it was developed in the late 1990s, Gallup’s Q12 has been administered to more than 25 million employees in 189 different countries and 69 languages for use by several hundred organizations.  It’s considered the “gold standard” for employee engagement surveys.

The Postal Service paid good money to Gallup for using the survey and analyzing the results.

Earlier this year I filed a FOIA request (Freedom of Information Act) with the Postal Service asking for a copy of the solicitation notice and contract with Gallup.  The contract shows that the total amount for the award paid by USPS to Gallup was $1,790,724.

That covers a two-year period, from August 18, 2014 to August 19, 2016.  Most of the contract is redacted, but you can see it here.  The solicitation notice is here.  Both documents also include a detailed Statement of Work describing what the survey should encompass.

Spending $1.8 million just to find out how postal workers are feeling about things may seem excessive, but improving employee engagement can pay off.  Studies show that a more engaged workforce is also more productive.  The Hay Group, which provides its own surveys like the Q12, says high levels of engagement can boost revenue growth by up to two and a half times.

Still, given the cost of the Pulse, it’s interesting to hear what USPS Senior Public Relations Representative Sue Brennan says about the survey in the new video, as reported on USPS News Link,

“I don’t see how these 12 questions can affect the changes that I personally see need to happen,” says Brennan.

She would not be the only USPS employee to express doubts about the survey.  Many postal workers have shared their skepticism about the survey, as seen in comments on various websites.  The Postal Service was apparently hearing it from employees, and in August, the USPS News Link posted a short article trying to explain the rationale for a couple of questions on the Pulse.

Many postal workers feel that the Pulse doesn’t speak specifically to their actual experiences and the hardcore issues they would like to see addressed.  The questions seem irrelevant and too focused on feelings, self-esteem, and relationships with co-workers.

That’s no accident, though.  The questions are the same on every version of the Q12, which is administered to a wide variety of businesses and organizations.  That allows Gallup to compare the responses of employees in one company with employees of other companies.  It’s one of the advantages of using a standardized survey.

On the other hand, that’s also one of the weaknesses in the Q12.  Peter Hutton, an HR expert who wrote What Are Your Staff Trying to Tell You? (2008), argues that whatever employees want to tell managers is not going to show up in the survey.

Hutton says that using standardized surveys like the Q12 can be less effective than a survey individualized for a company.  “When you take an off-the-shelf product,” says Hutton, “it’s like admitting you’ve booted out your own company visions.”

This points to another problem with the Pulse. Its questions don’t readily correspond to questions on the earlier VOE survey, so now the Postal Service can’t compare this year’s results with previous years.  It will have to wait for future Pulse results to see if any improvements are being made.

Hutton also finds fault with the simplistic agree-disagree format of the Q12 questions.  “Most things you want to ask about a company,” he says, “do not fit this way of asking.”

The postal unions have also criticized the Pulse and its predecessor, the VOE, but for different reasons. The APWU doesn’t like the fact that the surveys can be used against workers during contract negotiations, so the union encourages its members not to fill it out.

The APWU also filed an Unfair Labor Practice charge with the National Labor Relations Board protesting management’s claim in this USPS announcement that the APWU, along with other unions and management associations, supports the goals of the Postal Pulse program.

Ultimately, improving working conditions, the morale of postal workers, and levels of productivity will require more than doing a standardized survey with twelve questions.  The most recent postal reforms bills introduced in Congress both call for more vigorous efforts.

The bill introduced by Senator Tom Carper — Improving Postal Operations, Services, & Transparency Act of 2015, or iPOST for short —  directs the USPS Office of Inspector General to do a report about workplace conditions and the morale of postal workers, and it also tells the Postmaster General to create a Workforce Development Officer to deal with morale issues.

The Rural Postal Act (S. 1742) introduced by Senators Heidi Heitkamp, Jon Tester, and Gary Peters has a provision that would create a Chief Morale Officer and Regional Morale Officers, charged with a variety of functions designed to improve working conditions, including employee morale, the physical strain of work, the handling of overtime, flexibility in schedules, the safety of mail delivery, the turnover rate, protection from retribution when giving feedback, and so on.

These are just the kinds of things postal workers would probably have liked to comment on in a survey — rather than on whether or not they have a best friend at work (question #10 on the Postal Pulse).

We’ll report further on the results of the new survey if and when someone out there sends us a copy of the results posted on Blue.  (Email: admin@savethepostoffice.com)

For more about Postal Pulse, see these two previous posts:

“The doctor will see you now: The Postal Service takes the pulse of employees” (March 27, 2015)