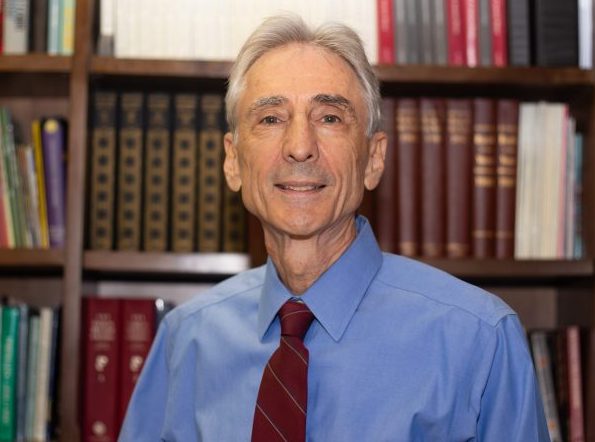 Editor’s note: Philip F. Rubio is Professor of History, at North Carolina Agricultural and Technical State University and the author of two books about the Postal Service, There’s Always Work at the Post Office: African American Postal Workers and the Fight for Jobs, Justice, and Equality and Undelivered: From the Great Postal Strike of 1970 to the Manufactured Crisis of the U.S. Postal Service.

Below is the Statement of Position that Mr. Rubio submitted today to the Postal Regulatory Commission concerning the Postal Service’s plan to reduce service standards on First Class mail and Periodicals.

If you would like to submit comments yourself, the deadline in June 18 and some instructions are here.

Icarried the mail for twenty years in Colorado and North Carolina from 1980-2000 before going back to graduate school—and now have taught college history for the same number of years. I have also published two historical books, several academic articles, written op-eds, and given dozens of interviews dealing with the post office, postal workers, and postal service. For me, the USPS is personal, political, and practical.

I look for the mail every day and imagine my neighbors, friends, and family members all doing the same. My typical mail route was over 500 stops, so I could feel hundreds of pairs of eyes watching for my daily arrival with the mail they trusted was going to be delivered in a timely fashion. By that time, they had become used to mail moving faster than ever before thanks to improvements in mail processing technology.

It was certainly being delivered faster than it moved, say, on August 12, 1970. That was the day of the Postal Reorganization Act signing ceremony, where President Richard Nixon joked that his most recent letter to his postmaster general was still in the mail somewhere in the nation’s capital. (But he said he had high hopes for future improved service, which would include millions of dollars in capital equipment—much of that now scrapped by current postmaster general Louis DeJoy.)

One of the many “intangibles” embedded in postal service is carrier and retail clerk attentiveness to complaints by patrons (as carriers we never called them “customers”). “Where’s my check? It was supposed to have been delivered today—they said it was mailed Monday!” “Will this card get to the West Coast by Saturday?” “Can you put a tracer on my package that didn’t arrive yet?”

This was before scanning technology, but carrier attentiveness has merely changed formats. As the internet became normative, mail was popularly derided as “snail mail” as there was no keeping up with email, websites, or text messaging in terms of speed. Nonetheless, surveys have consistently noted the public’s appreciation of the USPS’s steady speed and reliability delivering hard copy communications.

Yet widespread reports of growing consumer distrust of the USPS are troubling. That trust can only further erode, and will likely be hard to win back. (On a personal note: my university’s parking department declined to put my parking pass in the mail this year because of the ongoing USPS issues, and asked me to come pick it up instead.)

I have argued in my books, articles and interviews, that the decline of postal service in twenty-first century America preceded DeJoy. But under DeJoy, the decline has been the most precipitous. Increasing the time it takes to deliver first-class mail, moving to surface transportation and scrapping air transportation, all while raising postage rates, takes us backward, not forward.

Postmaster General Frank Hitchcock, a Republican who served in that office from 1909-1913, authorized the first airmail service in 1911. DeJoy now intends to shrink the use of air to transport First Class mail.

Hitchcock also presided over the inauguration of parcel post and postal banking—seen as modern reforms for American consumers. It is only the hybrid format of today’s USPS that creates the illusion that it is a corporate entity that needs to “operate like a business” and “show a profit.” It is still fundamentally a government agency, as Title 39 reminds us.

Rejection of DeJoy’s proposed service standard cutbacks by the Postal Regulatory Commission could be the beginning of changing the direction of the USPS back into one whose mission is service. Thank you for your time.