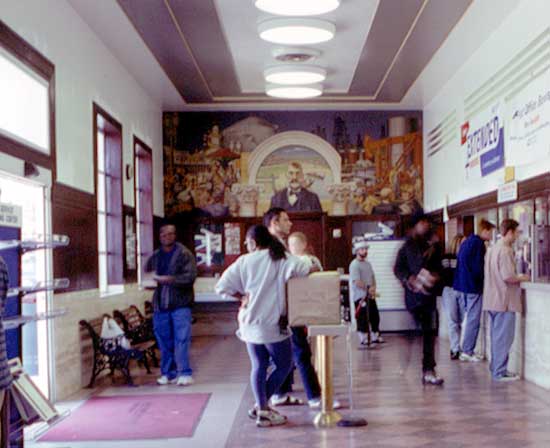 The post office in Ukiah, California, will close permanently on Friday, after a long fight.  It’s a beautiful New Deal post office located in the heart of downtown.    There’s a very good story about the closing by Carole Brodksy in the Ukiah Daily Journal.

“It’s despicable,” said attorney Barry Vogel, who worked with a group of citizens to prevent closure of the Ukiah branch.  “These closures take the guts out of local communities, subjugating us so that we become less free.  We have fewer services and it makes life more difficult for hard-working people who have used this post office for 75 years.” 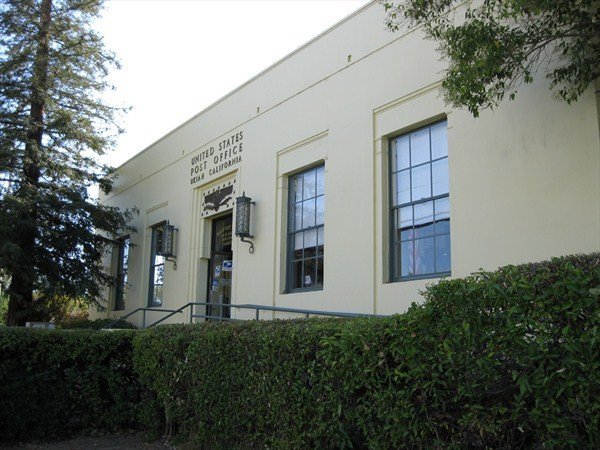 The post office contains an historic mural, “Resources of the Soil,” by Ben Cunningham (1938).  Postal officials have said the mural would be preserved when the building is sold, but that’s cold comfort to the people of Ukiah.

The community didn’t even merit a complete discontinuance process, since the “post office” is being relocated to a carrier annex on the edge of town.  An appeal was filed with the Postal Regulatory Commission (PRC), and the brief was extremely thorough and beautifully done.  But the PRC dismissed the case for lack of jurisdiction, since the law doesn’t cover relocations.  (Other historic post offices are closing as “relocations” in Venice and Palo Alto, California, and in Yankton, South Dakota.)

Some 5,000 signatures were gathered opposing the Ukiah closing, but to no avail.  The closure represents a serious blow to downtown economic activity, and a piece of local history will be lost forever.  And it will mean no more walking to the post office.

“This Post Office will not be closed in vain,” says Vogel. “There is a level of community synergy developing across the country.  I don’t know how many people it will take, but soon there will be enough of us in our small communities to stop this.”

(There’s more information about what happened in Ukiah on the Ukiah Post Office website and the Facebook page that local citizens maintained about their efforts to save the post office.  And here’s a story, after the closing.)