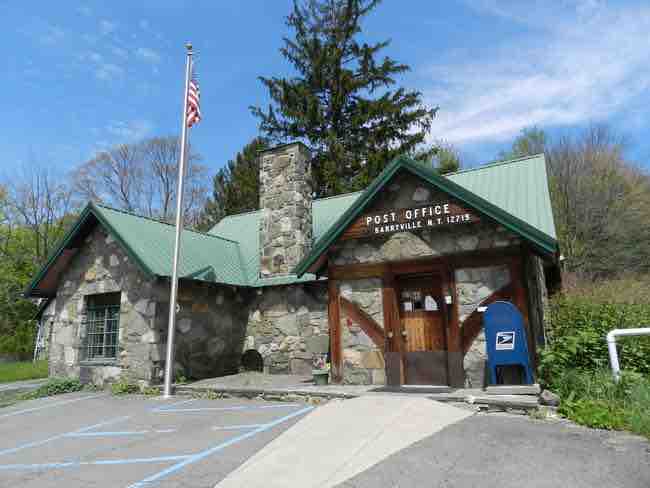 Times Hearald Record: Residents of the sleepy hamlet of Barryville in Sullivan County, New York, say they’ve been given the runaround ever since their post office was closed without warning in November 2014 due to a fuel oil spill.  Now, postal officials say the historic post office will reopen this fall, though locals say they’ve seen little evidence of any progress or activity in the building since December.

“They’ve been saying since last May they’re going to reopen it,” said Don Worzel, co-owner of D&R Auto Repair, across the street from the post office. “How long do you get jerked around?”  Others talk about the daily inconvenience of driving to the Eldred Post Office to collect their mail for the last year and a half. More than 200 post office box holders in Barryville now make the four-mile drive to Eldred each day.  Read more.