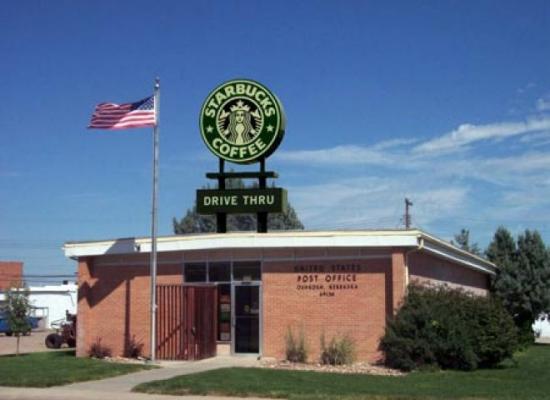 Postmaster General Patrick Donahoe made a startling discovery over the weekend—a USPS plan to close 16,000 post offices over the next few years.  Just last Friday, in the Rule announcing changes to its procedures for closing post offices (published in the Federal Register), the Postal Service had indicated it had no plan in place to close a significant number of post offices nationwide and concerns about the impacts of such a plan, if it existed, were "speculative and premature.”

The statement provoked mocking derision ("The plan is we have no plan") on the part of the national media (i.e., this blog), so the PMG called an emergency meeting of his senior staff late Friday afternoon.  “They weren’t happy about that,” the PMG told Save the Post Office in an exclusive interview earlier today.  “They were all headed out to their beach houses for the weekend and in no mood for another meeting.”

The PMG berated his staff for not having a plan in place if they were going to be closing all these post offices.  “It just didn’t look good,” said the PMG.  “It made it seem like we didn’t know what we were doing.  But then someone at the meeting pointed out that we did in fact have such a plan, and that I had been given a copy months ago.  I just didn’t remember.”

The PMG spent the weekend looking all over his office and home for the plan, and eventually found it on the bottom of a desk drawer, under a pile of unopened mail.

“I was shocked by what I read,” said the PGM.  “It turns out the USPS has a plan to close 16,000 post offices over the next six years.  I thought I was kidding when I said that at a meeting of the American Catalog Mailers a few weeks ago.  It’s no joke.”

Back at L’Enfant Plaza on Monday morning, the PMG held another meeting with his senior staff, now tanned, rested, and ready for another busy week closing post offices.  “Turns out I was in for another surprise,” said the PMG.  “My staff told me we were going to have to submit the plan to the Postal Regulatory Commission for an Advisory Opinion.  What a headache.  The good news is they also told me that in the meantime we can keep right on closing post offices, and if we don’t like what the PRC says, we can ignore their Opinion altogether.”

When informed by Save the Post Office that the PRC could levy fines on the Postal Service for failing to come into compliance with the law as directed by its Advisory Opinion, the PMG chuckled.  “Fine us?  That’s a good one.  With our financial problems, they’ll be lucky to find an unused postage stamp around this place.”

The PGM said that the USPS would be releasing a list of the post offices that will be studied for closure on July 26.  The PMG indicated that he will not be available for further comment, as he heads off for his summer vacation on July 25.

In a related development, the Federal Times reports that in addition to releasing the list of post offices, the PMG will announce  “a new concept” for possibly replacing P.O.’s that close.  Speculation is rampant in DC about what the new concept might be, but Save the Post Office has learned from highly placed sources that the USPS will be contracting out its entire retail postal business to Starbucks.

That means you’ll be able to read your snail mail and your email (on the Starbucks wi-fi) while you enjoy a tasty mocha coconut Frappuccino.  It doesn’t get any better than that.

Neither Starbucks nor the USPS would confirm the rumor at this time.  But look for the USPS website to replace its Services Locator with the Starbuck’s store locator as soon as it can contract out the website tech assistance. 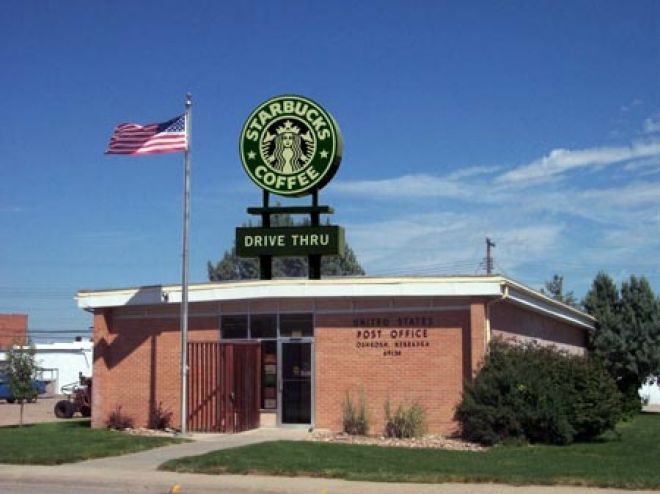