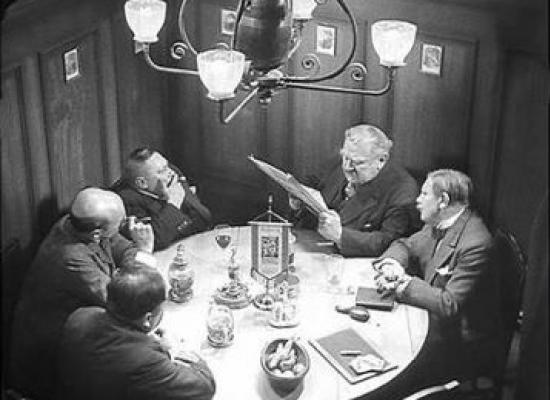 The mailing industry has won the battle over the “exigent rate increase.”  The Postal Service will be withdrawing its request to the Postal Regulatory Commission to increase postage.

No one likes it when rates go up, but this announcement should make people mad as hell.  The Postal Service is closing thousands of post offices, preparing to put hundreds of thousands out of work, and consolidating 500 large processing plants into 200.  In the process, it is prepared to ruin the lives of millions of people — workers, their families, people living in cities where those big facilities are crucial, and folks in small towns and neighborhoods where a post office actually means something.

But when it comes to increasing revenues with a rate increase, well, no, the Postal Service can’t do that.  It might cut into the profits of the mail industry, and we wouldn’t want to make those big companies upset, would we?  The only group who seems happy with the Postal Service right now is the Direct Marketing Association (DMA), which has applauded the proposed cuts to the workforce and post offices.

The decision not to raise rates may also please some regular postal customers, but they won’t be pleased for long.  Not when their local post office closes, the lines at the post office five or ten miles away get longer, and delivery time on the mail slows down.  Yes, the Postal Service is planning on adding another day to delivery times in order to help keep costs down — another decision designed to please those in the mail industry, since they’d prefer if it took another day for their advertisements to get to your house, so long as their costs stay down.  The industry might not care, but did anyone ask the rest of the country how they feel about first class going from one-to-three days to two-to-four?

The managers at L’Enfant Plaza have decided to take the “service” out of “Postal Service” by embarking on a strategy that even some inside the industry worry will become a death-spiral, with decreasing service leading to fewer customers and less revenue, and declining revenues leading to the necessity for further cuts.  As Post & Parcel reports, “fears are that efforts to reign in the processing infrastructure to match the lower volumes could prove a ‘self-fulfilling prophecy,’ with reduced service levels prompting further mail volume reductions.”

Eventually the decline in service will wake up the American people, but by then it will be too late.  The infrastructure of the Postal Service will have been so drastically dismantled it will be impossible to rebuild it, no matter how angry people are.

Another reason people should be mad as hell about the Postmaster’s decision to withdraw the exigent rate increase is the whole decision-making process has taken place in the privacy of meeting rooms at USPS headquarters.  It’s backroom politics at its worst.  All that was missing was the cigar smoke.

While the procedures of the PRC and the courts can be frustratingly slow — the issue of the exigent rate increase has been on the table for over a year  — at least the PRC conducts its business in public.  It holds open hearings, invites witnesses, listens to testimony, offers opportunity for cross-examination, and assigns a Public Representative to make sure the interests of the general public are heard along side of those of the mail industry.  Anyone can attend a hearing, everything is carefully documented, and the documents are accessible on the PRC website.   Agree or disagree with the PRC decision, you have to admit that everyone had a chance to be heard, and the process was all out in the open — democracy in action.

Contrast that with what's been going on at L’Enfant Plaza over the past few weeks.  No Public Representative was invited to join the discussion, no records of the meetings have been made public, no one even knows who was at the meetings or who got on the phone with the Postmaster General.

But we now have a news report about a meeting that took place just a few days ago, and it explains a lot.  It was a meeting at postal headquarters and it was attended by Postmaster General Donahoe and members of something called the Mailers Technical Advisory Committee (MTAC).  This is a group of “representatives of the direct-mail business, including printers, catalog houses, magazine publishers, and fulfillment service bureaus, who assist the U.S. Postal Service and protect the interests of the industry by making recommendations to the USPS concerning policies and procedures.”

As Post & Parcel reports, Donahoe told the MTAC that the Postal Service would be dropping the request for a rate increase because “postal executives are very concerned at the moment that significant price increases could further push major mailers away from using USPS towards alternative communication channels.”

“I’m in no mood to raise my service prices,” the Postmaster General said.  “This industry is way too fragile at this point, and we don’t want to be upsetting the apple cart.”

Of particular interest is the decision not to seek an increase on the one type of mail that has become notorious for not paying its own way — catalogs.  In its annual compliance report for 2010, the PRC focused on this type of mail because the rates do not cover its costs.  The catalog rate is essentially “out of compliance” with the law that the rate for each type of mail be proportionate to the cost for handling it.

But rather than raise the rates on non-compliant mail, Donahoe says he will look to cut costs: “We’ll bring our overall costs down in order to address that.”  Translation: We’ll put people out of work before we raise the cost of delivering catalogs that cost us more to handle than they bring in as revenue.

As maddening as this announcement may be, it should come as no surprise.  In June, the PMG met with industry at the National Catalog Forum, and said he wouldn’t be pushing for the exigent rate increase.  Attendees were very pleased with the PMG and thought he was “a breath of fresh air.”

But the Postal Service has been sending mixed signals.  A few weeks after the June event, the Postal Service submitted a new request for an exigent rate increase to the PRC.  It was smaller than the original request ($2.3 billion instead of $3.2 billion), but it was still a significant increase.  So it looked for a moment like the Postal Service was standing up to the industry and going for the increase, despite what the PMG had told the attendees at the catalogers meeting.

The Postal Service is going to dismantle its infrastructure and reduce its services to the point where no one will care what happens to it, and then it will be broken up and sold off.  The mailing industry, especially the catalog companies and advertisers who are the principal beneficiaries of the current rate structure, will find that the new privatized postal system is not very interested in delivering their mail at low costs, and the shift to electronic forms of advertising will accelerate.

One final note: After my previous post on the “junk mail” industry, I received a very informative response from someone in the business of community newspapers about how lumping the various forms of bulk mail together and saying it was all subsidized “junk” mail did a great disservice to many in the industry.  He was exactly right, and I stand corrected.  There are indeed many kinds of bulk or “standard” mail — not just advertising flyers and catalogs, but also newspapers, magazines, solicitations from non-profit organizations, and so on — just the kind of mail that is very important to keeping people informed and that helps good causes.  Plus, much standard mail is profitable.  Some — like catalogs — may be money losers, but, as postal workers often say, standard mail is the “bread and butter” of the mail business.  Calling everything "junk mail" blurs some very important distinctions.

But it’s been a devil’s bargain.  The Postal Service has grown increasingly dependent on the volume provided by the bulk mail industry, and it’s turned to expensive automation and FSS machines to keep up with the volume.  Now that the volume is disappearing, the machines lie dormant, and postal workers and communities across the country are going to have to pay the price for the mistakes made by postal management.  If you’re not getting angry, you’re just not paying enough attention.