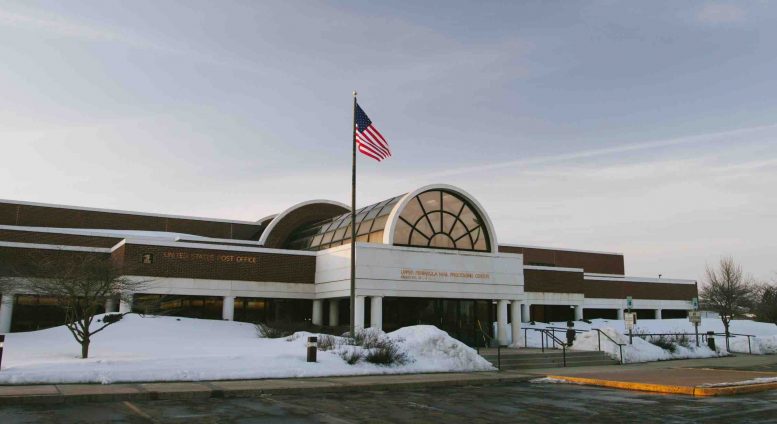 For over four years, from 2011 to 2015, Lucy and Lina Blair traveled through Michigan’s Upper Peninsula photographing each and every one of its 134 post offices.  It was a way to bring them to each town in the U.P. so they could get to know their region better. They’ve put together a book of the photos, and they’ve shared many of them on Flickr.   There’s also a nice story about their project on the Stateside radio show, here.  (Scroll over the image at the top to begin a slideshow.)

When Lucy and Lina began their project, the Postal Service was talking about closing thousands of post offices, twenty of them in the U.P.  As it turned out, post offices didn’t up getting closed, but about 85 of the U.P. post offices had their hours reduced under POStPlan.

The U.P.’s only mail processing center is still in danger.  The Iron Mountain P&DF in Kingsford has already seen some of its mail moved to Green Bay, but the major part of the consolidation was supposed to happen this past summer.  That plan is currently on hold, along with about 80 other consolidations around the country.

Lucy and Lina started out thinking that photographing post offices was simply something to do as as they explored the U.P., and they weren’t really thinking about post offices per se.  But as they talked to people going in and out of their post office, they grew to understand just how important the post office is in a small town.  As Lucy writes in the introduction to their book, post offices “are crucial to the connectivity of rural towns.”

“Right or wrong,” writes Lucy, “the environment of the USPS is changing in the Upper Peninsula, and Lina and I feel lucky to have captured that evolution between 2011 and 2015. These pictures show that change, but they also show the wonderful simplicity and beauty of the communities from De Tour to Ironwood. I hope they also show, in a way, our gratitude to live here and call this beautiful place home.” 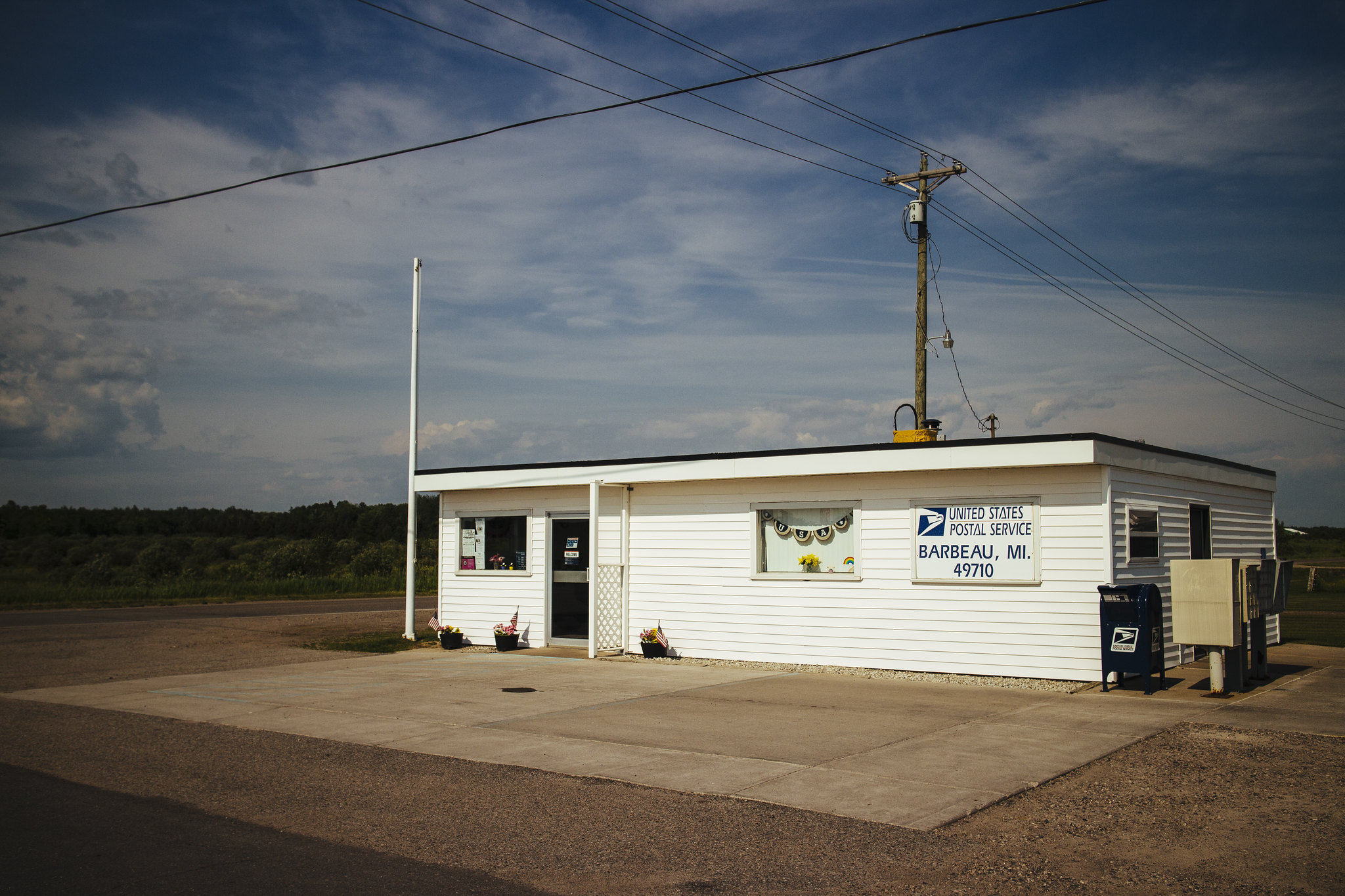