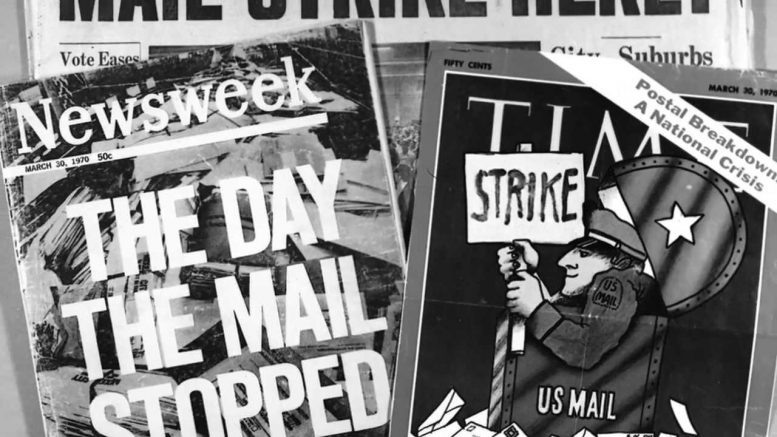 Labor History Journal: This scholarly article, part of a larger work in progress, uses archives, key secondary sources, and oral histories from participants in the 1970 United States postal wildcat strike for better pay and working conditions to argue that this was a monumental event both unique and representative of the times. It was a rank-and-file effort that began in New York City – with a history of labor militancy – and rapidly spread across the country. The strike defied federal statute outlawing federal employee strikes, and also union leaders who opposed striking. A spike in 1960s hiring of blacks, veterans, women, and young people, combined with established labor unity tradition, a nationwide workplace and long-simmering frustrations produced the strike. But its dual character (both spontaneous and organized by local union officials and activists) allowed it to grow and maintain for eight days with no central coordination. Besides winning a living wage, the strike triggered the transformation of the US Post Office Department into the US Postal Service (USPS) with full collective bargaining rights for postal unions representing its employees. Moreover, it brought rank-and-file politics into postal unions while contributing to the increased strength of postal unions, public union organizing, and the labor movement in general.  Read more.