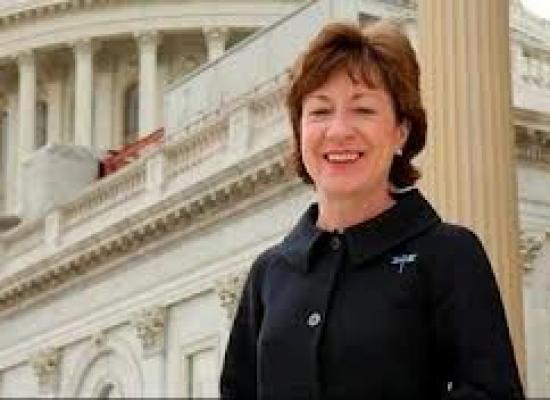 [A few days ago, former postmaster Mark Jamison wrote a letter to Senator Susan Collins of Maine, urging her to exert her influence in Congress to change the direction of the Postal Service before it's too late.  Mr. Jamison can be reached at Mij455@gmail.com, and his contributions to Save the Post Office are archived here.—Ed.]

I am a recently retired postmaster.  For the last three years I have written extensively on postal issues, including comments before the PRC beginning with the exigent rate case, and on the blog, Save the Post Office.  I have also written to you previously without response or acknowledgement, although I expected neither.

I have been very critical of the positions you have taken with respect to postal issues.  Although I have taken great exception with your positions, I also believe that you are one of the few honest brokers when it comes to the future of the Postal Service.  Right or wrong, it is clear that you care passionately about the fate of the Postal Service and recognize the absolute importance of the postal network.

The postal network and postal services are critical to the overall health of our economy.  It’s true that mail volumes have dropped over the last five years.  The initial drop in volume was precipitous and can be tied almost entirely to the economy.  The deterioration of volumes due to the recession, combined with the payments mandated by PAEA, caused the collapse of postal finances.

While it is true that structural and systemic problems related to the internet present challenges to the future of the postal network, our current crisis stems primarily from the economy and the PAEA payments.  Our response to those problems has been insufficient and misdirected and it has fueled additional deterioration in volumes.  More important, the misdirection and distraction caused by the crisis has caused a failure to promote policies that would strengthen the postal network and enhance its utility, now and in the future.

The greatest problem we face today is neither structural nor systemic; it is the failure of postal leadership, beginning with the Board of Governors and senior management.  Theirs has been a vision that is keyed to failure.  It is a vision that embraces a stilted view of the value of the postal network, a view that ties the fate of the Postal Service much too closely to only one segment of the postal market — the direct mail and commercial mailing industry.

The postal network is part of our fundamental national infrastructure, and the failure to comprehend that and respond accordingly creates a situation that essentially has no remedy.  At stake are hundreds of thousands of postal jobs but also the fate of small communities across the nation as well as small businesses.  Also threatened are fundamental institutions that sustain and support our democracy; the newspaper industry is only one example.

For the last forty years conventional wisdom has dictated that the Postal Service ought to be more businesslike.  If businesslike is synonymous with efficiency, then what we face is merely a failure in specificity of terms.  Unfortunately the term businesslike appears to stand for some sense that the Postal Service and the postal network ought to behave as if it were a corporate enterprise, a profit-seeking entity with responsibilities to shareholders, or in this case stakeholders.

I believe that view is both self-defeating and at the source of our problems.  There is no question that the Postal Service ought to operate efficiently.  Its rates ought to be kept reasonably low.  Its access points must be maintained so that businesses of all sizes and communities both large and small can benefit from the breadth of the network.  Its employees must remain productive and their salaries and benefits should most definitely be scrutinized.  However, this does not necessarily mean that wages and benefits should be driven to the point that we eliminate hundreds of thousands of good middle-class jobs.

Those jobs, prior to the adverse impacts of PAEA, were both substantial and paid for by generally reasonable rates.  We cannot and should not take the position of groups like the 21st Century Coalition of Mailers and seek to maintain artificially low rates while beggaring the employee base.  We must remember that the employee base of the Postal Service has supported veterans and people at the bottom of the economic spectrum and has brought many into the middle-class.  This, in itself, has had tremendous benefits to society and our country as a whole.

PAEA created a complex rate system that is both economically inefficient and rife with advantage for a small segment of the industry while threatening the existence of the network that is so valuable and useful to small business and individuals.  Administering this system takes a tremendous amount of energy and leaves revenues vulnerable to abuse. The system itself makes it virtually impossible for the Postal Service to succeed.

When this crisis began, the deficits were solely attributable to the PAEA mandated payments.  Operations were relatively strong and cost efficient.  After five years of cost cutting, buyouts, closures and general degradation to the network, we now see multi-billion dollar operational losses in addition to the losses stemming from the PAEA mandates.  We have thousands fewer employees, we are at risk of closing thousands of post offices or at the very least seeing the quality of service decline, and we have seen further erosion of mail volumes. All of this and we see no plan that remotely illuminates a return to efficiency or profitability.

You may disagree with my assessment but the facts speak for themselves.  There is something very wrong with this picture.  The simple fact is that even without legislation Mr. Donahoe has continued to move in the direction he has outlined.  He has reduced employee headcount and eroded employee compensation.  He has reduced delivery standards and is eviscerating the postal network.  Can you honestly say this direction has a chance of righting the ship?  Do you really believe the legislation which came out of the Senate, legislation that is likely to be greatly compromised further in the House, does anything but support the failed vision we have been subjected to?

We may fundamentally disagree with what the path forward will look like, but I suggest to you that unless the basic management and institutional structure of the Postal Service is addressed, that unless the abusive, inefficient, and myopic institutional culture of the organization is challenged, that the results, regardless of any legislative relief, will continue to be substandard and continue to erode the value of the postal network, a truly useful and important national asset that is being dismantled.

Mr. Donahoe claims to be concerned with service but all across the country skilled and experienced clerks and postmasters are being replaced by untrained employees.  The fellow that stands behind the counter at my former post office in Webster, North Carolina, has worked for the Postal Service for all of four weeks.  He received three days of training.  Whatever you may think about the value of postmasters or postal employees in general, you surely must admit that this does not jibe with Mr. Donahoe’s pronouncements regarding service.  And this situation is being repeated at offices all across the country.

Whether it’s the deterioration of service or instances like the Valassis NSA, which offer unreasonably discounted rates to monopolistic players to the detriment of others in the market and the American public in general, we are witnessing a colossal failure of postal leadership.  While it might be easy to simply lay this off on the failure of the House to act, the real failure is much more damaging and much more obvious.

Senator, it is clear that you care deeply about the fate of postal services in this country.  I would ask you, beg you, to step back and reconsider how we look at the Postal Service and the postal network.  I believe that by viewing the postal network as basic and fundamental infrastructure one will come to a completely different view of how to address the current problems, a view that sustains our existing assets, that protects thousands of jobs, both within the Postal Service itself but also within the industries that rely on the presence of a robust and efficient postal network.

You have invested a great deal of yourself and your credibility in PAEA and subsequent legislation.  Your efforts have been admirable but the results cannot be what you envisioned.  It is time to take another approach, offer a better vision, and no one is in a better position to understand that than you.  I beg you, for the sake of the American people, for the sake of a cherished and essential American institution, and for the sake of the millions who rely on the postal network, step back and reassess the direction we are heading before the damage is absolutely irrevocable.  This crisis calls for true leadership, not the defensive or ideological heel digging that has been offered by so many of your colleagues.

Please be the leader we need.