The retail and delivery operations of the post office have been “coupled” for 150 years, ever since the post office started delivering the mail.   Now the USPS Office of Inspector General (OIG) is telling us that these operations should be “decoupled.”  It’s not that the two aren’t getting along — it’s just that the Postal Service could save some money and provide better service if the two functions were divorced from each other.  It would be even better if they both moved out of the post office altogether.

It’s all explained in a new OIG report  entitled “Retail and Delivery: Decoupling Could Improve Service and Lower Costs.”  The study examines how the Postal Service and its customers would be better off if retail functions — the selling of postal products that takes place at the front of the post office — were separated from the delivery functions that take place in the back, where letter carriers prepare their mail for delivery, trucks are loaded and unloaded, and various administrative tasks are carried out.  The separation would initially be “managerial” — a matter of who does what work — but it would also become a “spatial” issue — where the work gets done.

The title says decoupling “could” save money and improve service, but the report is about how decoupling would make things better.  It’s not an objective analysis of the pros and cons of different forms of separation and integration.  When the report mentions the logic behind the traditional “coupling” arrangement of retail and delivery within the post office, it’s only to say how outmoded this is.  The report is basically an advocacy document with a not-so-hidden agenda — divide up the jobs that get done in the post office, outsource the work, close the post office, and move the Postal Service further along the path of privatization.  This agenda shapes the entire study.

For example, the report says decoupling would improve retail because it would give the Postal Service “more flexibility to respond to changing customer needs for service.”  That’s a reference to the Postal Service’s endlessly repeated claim that people prefer doing postal business at retail outlets or online rather than at post offices.  The OIG report doesn’t mention that the Postal Service has been pushing people in that direction by reducing service at post offices and expanding them at the alternatives. 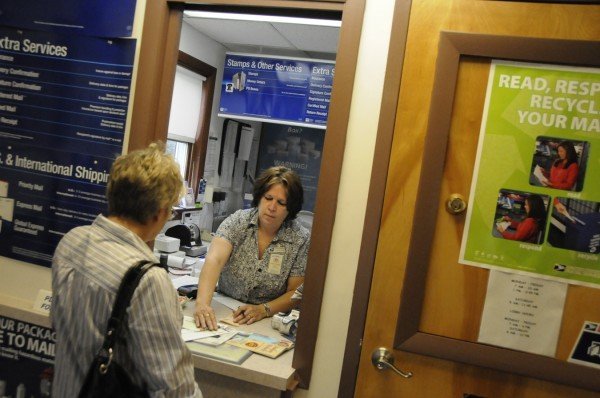 The report says that with decoupling, retail would improve because it would receive more managerial attention.  To make this point, it reminds people of all those times they’ve been standing in line at the post office while there are workers in the back doing something else.  The report doesn’t explain that this is often the manager’s decision and not the clerk’s.  It’s a problem that could easily be remedied by having headquarters tell management to give customer service a higher priority.  You don’t need to radically transform the whole system with this “decoupling” idea to make that happen, but better customer service might make people value post offices, and that’s not part of the plan.

The report acknowledges that in some cases, like small rural post offices, decoupling is not practical, and it also acknowledges that there are some benefits to the traditional system, where clerks can do different things, depending on the workflow in the office — sometimes doing retail, sometimes helping with the work in the back.  The report says this issue could be addressed with a “reasonable increase in work hour flexibility.”  That’s means use more part-time workers, which the report mentions parenthetically: “If reasonably increased workforce flexibility is allowed (by allowing some retail clerks to work a half day, for example), the business need for coupling could effectively disappear.”  Don’t you just love that?  Allowing some retail clerks to work a half day.  As if there are thousands and thousands of postal workers who are just dying to work half time for half-time pay.

Decoupling would also provide, says the report, “significant opportunities for space consolidation savings.”  In other words, decoupling is not just about who does what work — it’s about space, i.e., post offices.  As the report explains: “Decoupling could occur first organizationally, with separation of managerial responsibility, and subsequently, it could potentially support physical separation where it made business sense.” 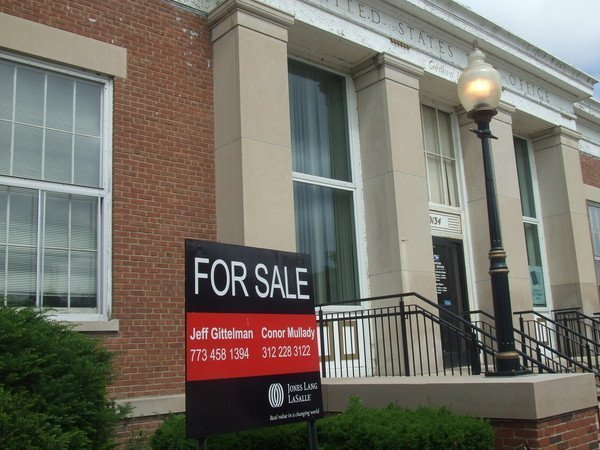 A post office is already separated spatially into retail at the front and everything else in the back, so what the report means by this is that these functions don’t need to take place in the same building.  The Postal Service discovered the benefits of “space consolidation”  long ago.  How many times have we seen the Postal Service consolidate the carriers and other workers from a large downtown post office to another postal facility, typically an annex on the outskirts of town?  It can make sense — the facility is probably closer to the highway, access is less congested, there’s more parking for workers, etc.

But what happens to that downtown post office, where there’s now just a small retail staff left behind?  It’s not long before the Postal Service says that there’s too much under-utilized space in the post office, so the building — often a beautiful historic landmark — goes on the market, and the retail facility either moves to a smaller, rented space or closes completely.  The downtown area loses the economic benefit of all those workers being around, and the city loses an important hub of activity.

Separating the retail and delivery just makes it that much easier to move the retail out of the post office to a private business.  The OIG study cites with approval the fact that some countries have replaced post offices by outsourcing, partially or fully, the retail to the private sector.  In Sweden, for example, retail postal outlets for private customers have been outsourced since 2001, and in Germany, retail postal outlets will be completely outsourced by the end of 2011. In Canada and Australia, new models are being introduced that franchise postal retail to private businesses like drugstores and supermarkets.

The U.S. Postal Service is heading along on a similar trajectory.  There are now more than twice as many alternative retail outlets in private businesses as there are actual post offices.  The alternatives are expanding everyday, but the number of post offices will soon be decreasing at a rapid rate — probably 4,000 (12% of the network) will close over the next year, and 16,000 (half the network) will close by 2017.  With the formal decoupling recommended by the OIG, the process would accelerate, and the entire network of post offices could disappear in a matter of a few years.

Once removed from its anchor in a post office, the back stage of postal work can not only be moved to another location, it can more easily be broken up into bite-sized pieces for outsourcing.  Fed Ex and UPS are already set up to handle much of the delivery business, and there are also many smaller, lesser-known private-sector delivery companies that will be happy to step in.

The OIG report is thus not simply about greater efficiencies and cost savings.  It’s about dividing up the work that goes on inside a post office to make it easier to outsource as much as possible, as well as creating opportunities for more part-time labor and other forms of “flexibility.”

This approach is really the only option right now for all those who want to privatize the Postal Service.  Congress is not going to vote for privatization, no giant corporation would take it over, and there aren’t too many investors out there who’d want to buy shares in a business that can’t stop crying about all the billions it’s losing.  So the next best thing is to privatize as much of the system as possible.

The OIG report may not tell us a lot we didn’t know about how the Postal Service plans to break itself up into pieces for more outsourcing, but it does help explain one mystery:  Why would the Postal Service be willing to anger millions of people by closing thousands of post offices when the savings are truly minimal?

The answer is that post offices are holding back the privatization process.  Post offices weigh the Postal Service down and keep it from going with the flow of capital.  Plus post offices house postal workers, and there’s no room for them in a privatized system.  So close the post offices; decouple the retail and delivery; outsource the retail to a mom-and-pop convenience store or Wal-Mart; outsource the processing and delivery work to pre-sort companies, FedEx, UPS, and local delivery companies; lose as many workers as you can to “attrition,” and start laying off the rest.

Pretty soon the postal system is a bunch of executives at headquarters in L’Enfant Plaza whose job is basically outsourcing all the work and coordinating the activities of the hundreds of businesses it’s contacted with.  It’s perfect really — no more postmasters, no more letter carriers, no more postal workers at all, and no more post offices.  Just a head without a body.  Talk about decoupling.