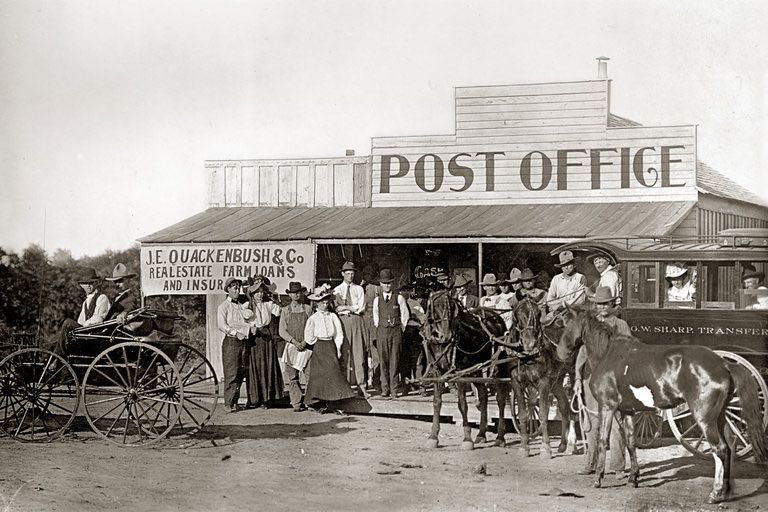 New York Times: In 1831 Alexis de Tocqueville celebrated the American postal system as a marvel of its day — a “great link between minds.” According to Devin Leonard, it may soon vanish. Drenched in red ink, the United States Postal Service has shut offices, reduced opening hours, closed processing plants and slashed its work force. While Leonard’s diagnosis of the United States mail as a “dying institution” may be premature (the Postal Service is still America’s largest civilian employer after Walmart), the system is clearly in crisis.  Leonard’s “Neither Snow Nor Rain” and Winifred Gallagher’s “How the Post Office Created America” celebrate the mail system’s storied past, and chart its declining fortunes.

Gallagher, a journalist whose earlier books often focused on behavior science, emphasizes the achievements that made the postal system a crucial American institution. Present in every community and known to every citizen, the service was an obvious marker of the federal government in an era when centralized governance was largely out of sight.  Her book is the work of an enthusiast, an ode to a little-heralded but flagship government enterprise.  Read more.