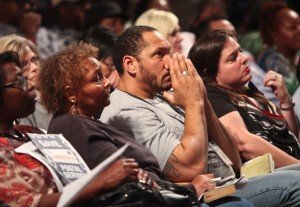 The Postal Service says closing about 250 processing facilities will eliminate 34,000 positions and save $2.1 billion a year.  But the numbers on cost savings and affected positions that postal managers presented at the public meetings for each facility don't add up to anything like that.  The estimates provided at those meetings appear to have downplayed how many jobs would be lost, and they also raise the question, Will the Network Rationalization initiative really save as much as the Postal Service says?

In presenting its case for the plant consolidation initiative to the PRC, the Postal Service provided a lot of data about its operations and the savings it hopes to achieve by closing over half its processing facilities.  The numbers are apparently derived by modeling what the future network would look like, calculating how much it would cost to operate, and then figuring how much closing the plants would save in labor, fuel, lease costs, and so on.

How the Postal Service arrived at its cost saving estimate is very difficult for non-experts to understand since it involves very complex calculations and a thorough knowledge of the nuances of the mail stream.  But the basic principle is not hard to grasp.  Eliminating 34,000 positions would save about $2 billion a year (figured at $60,000 per position for salary and benefits).  Another half billion would be saved in non-labor costs, but there would also be a half billion dollar loss in revenues due to the reduction in service standards.  That leaves us with about $2.1 billion in total savings. 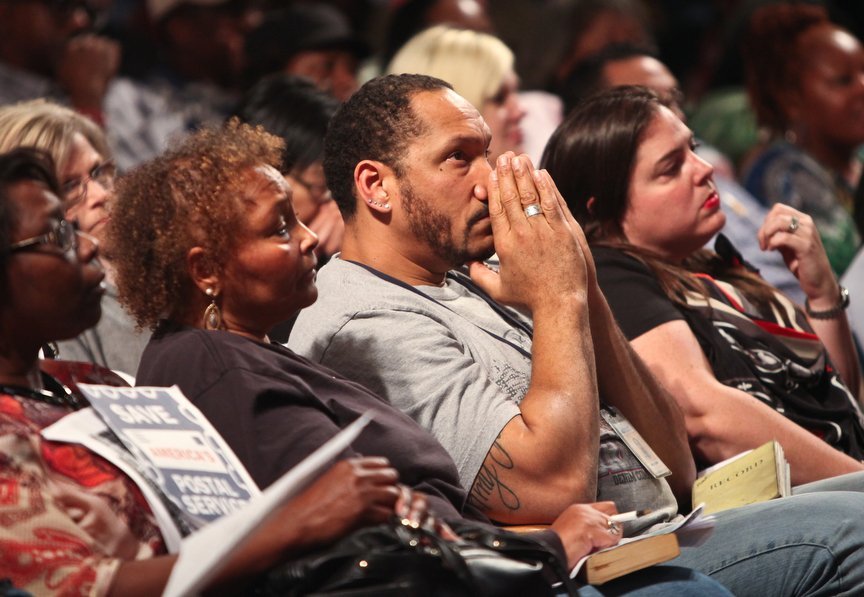 The PRC docket on Network Rationalization is filled with page after page of details about how the cost savings would be achieved, but there’s no plant-by-plant breakdown.  The Postal Service has been very reluctant to provide any detailed financial data about individual plants.

There may be a good reason for that.  When you look at the numbers for cost savings on each plant, they just don't seem to add up to the Postal Service's estimate of total cost savings.  And we're not just talking about a minor discrepancy.  We're talking about over a billion dollars a year, nearly half of what the Postal Service says it will save.

At each of the public meetings held in the communities where plants were studied for consolidation, the Postal Service gave a PowerPoint presentation that included some financial estimates, but they were very sketchy.  In some cases, the presentation simply provided the total amount that would be saved and the number of positions that would be eliminated, with no other details.  In other cases, the presentation broke down the cost savings into four main categories —mail processing work-hour savings, mail processing management savings, maintenance savings, and transportation costs — but no additional details were provided. 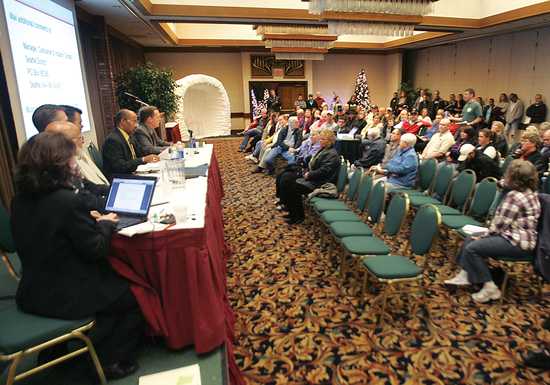 Last summer, for example, Congressman Steve King (R-Iowa) tried to get the study report on the plant in Sioux City, and got nowhere.  His staff spent weeks exchanging emails and phone calls with the Postal Service, and when he finally got the study, the key information was blacked out.

Then Sioux City officials filed a Freedom of Information Act request to get the information.  The Postal Service said it would provide the report, but it would cost $831,143.16.  Yep, you read that right, over $800K to get a copy of the report — and the Postal Service wanted half the money upfront.

Congresswoman Grace Napolitano (D-Calif.) ran into the same problem as King when she tried to learn more about the consolidation of the plant in Industry.  She asked for the financial analysis and received a copy that was heavily redacted.  Clearly displeased and frustrated, Napolitano waved the report at a Congressional hearing in June, showing everyone in the room all the blacked-out pages. 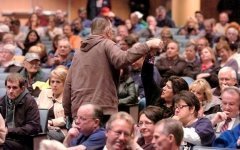 Just last week, Senator Carl Levin (D-Mich.) felt compelled to write a letter to the Postmaster General to get more information about the plants closings in Michigan. “You have provided an estimate of the annual savings from each closure and consolidation but no data on how these figures were reached,” wrote Levin.  “In order to better understand how the Postal Service reached its conclusions, please provide me with an un-redacted copy of each Area Mail Processing Study (AMP) conducted for the facilities in Michigan.”

Over the past few weeks, it has become even more difficult to find the most basic financial data about each plant.  Until recently, there was a page on the USPS website with a list of all the plants being studied for consolidation, along with links to the PowerPoint presentation materials used at the public meetings.  That page has disappeared from the USPS website, and along with it, all the financial data (albeit minimal) that was contained in those presentations.

Fortunately, pdf files of those presentation documents are still floating around the Internet. Just Google something like “USPS public meeting presentation pdf” with the name of the city where the plant is located, and you can find many of the documents — at least for now, anyway.

As noted above, the presentation materials contain some basic numbers for cost savings and the number of positions that would be eliminated at each plant. “Save the Post Office” has complied the data for a sampling of 70 of the plants to see how the numbers add up.  They don’t.

Based on this sample — over a fourth of the total plants slated for closure — it’s hard to figure how the Postal Service will arrive at $2.6 billion in savings.

The table at the bottom of this post shows the cost-saving numbers and eliminated positions for the 70 plants.  The total cost savings for these plants comes to $368 million.  Extrapolating for 252 plants — the number originally used in the Request for an Advisory Opinion — yields a total savings of $1.3 billion.  The consolidation list released a couple of weeks ago shows 223 plants closing; at that rate, the cost savings would be only $1.17 billion.  Calculated either way, we’re talking about a cost savings that’s about half of what the Postal Service is telling the PRC.

It’s possible that this random sample of 70 plants was not representative — perhaps it inadvertently includes plants with a smaller-than-average cost savings.  It’s also possible that there will be additional cost savings not associated with particular plants, like changes in the transportation system.  It should also be noted that in its presentations, the Postal Service always said that the numbers were just estimates.  Still, it’s hard to see how the sum of the savings at each plant could be so much less than the estimate of total savings. 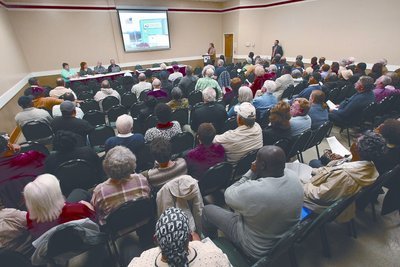 The sampling exercise also raises questions about where the 34,000 eliminated positions will come from.  The table shows that closing 70 plants would eliminate about 6,000 positions.  Extrapolated to the 252 plants yields about 22,000 positions.  Where are the other 12,000 positions coming from?  It looks as though the Postal Service may have low-balled its estimates at those public meetings, and for every 10 positions it said were being cut, it was more like 15.

The cost-savings analysis also reveals something else that’s strange.  The average cost savings per eliminated position should be about $60,000, but as the table shows, the average savings per position varies wildly, from as low as $8,000 to as high as $760,000.

For example, the Postal Service said that the consolidation plan for Brooklyn, NY (where Tour 3's outgoing mail would be moved to the Morgan Plant in Manhattan while incoming mail would shift from the Queens plant to Brooklyn) would save about a million dollars and eliminate about 90 positions through attrition, which (using the 80% figure for labor costs) comes to $8,500 per position.  Apparently this anomaly is caused by the high costs of additional transportation involved with the consolidation plan, but it still seems peculiar.  Eliminate 90 positions, and you save less than $1 million?

At the other extreme is Ashland, Kentucky, where the Postal Service said it could save nearly $2 million by closing the plant — and only two positions would be eliminated.  One wonders how that arithmetic went over at the public meeting.

In reviewing the presentation materials used at the public meetings, it’s also worth noting that the financial analysis never considers lost revenues.  Yet in its presentation to the PRC, the Postal Service has made it very clear that a considerable amount of revenue will be lost if the plan is implemented due to the decline in service standards.  About $1.3 billion will be lost in gross revenues, which comes to about $0.5 billion in net (contribution) losses.  That’s about 20% of the total cost savings of $2.6 billion.

This means for each plant closing, the financial analysis should have also included something like a 20% loss in revenues, but none of the public presentation materials mention this.

In fact, at many of the public presentations, the Postal Service claimed that closing the plant would have no impact on service standards at all.  In the presentations that were done before the Network Rationalization plan was announced in September 2011, the presentation materials tended to say, “No changes to delivery times,” as they did for the Bronx, NY. 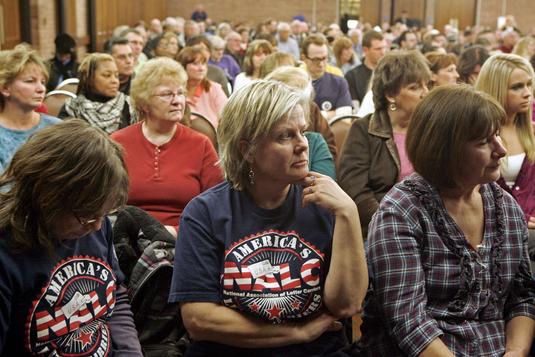 Overall, the presentation materials used at the public meetings seem to have misled people in many ways — by underestimating the number of positions that would be eliminated at each plant, by not including lost revenue in the cost savings analysis, and by not acknowledging the impact on service standards.

Participants in the PRC’s Advisory Opinion process will have plenty of opportunity to explore some of these issues further.  Hopefully the Postal Service will be asked to provide a plant-by-plant breakdown of where the cost savings will come from and how many positions will be eliminated at each facility.  Perhaps then we will see more clearly how the Postal Service will really save over two billion dollars.

(Note: An earlier version of this post indicated that the plant in Brooklyn, NY, was closing rather than being partially consolidated.  Thanks to a careful reader for noticing the error.)

(A more detailed version of this table is here.)