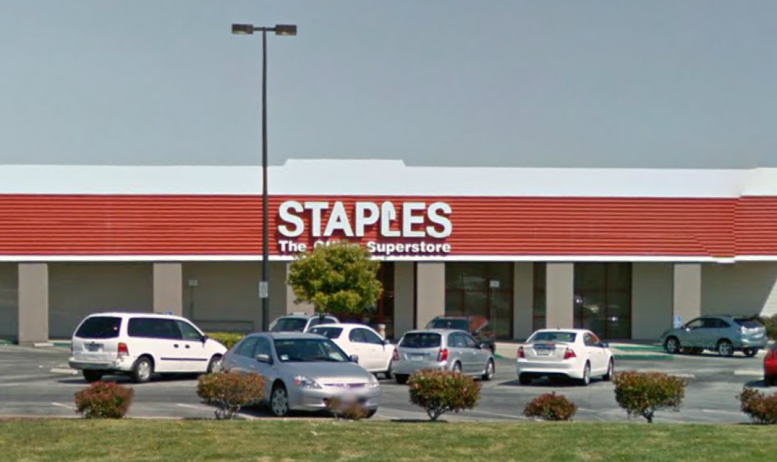 The Postal Service has rather quietly announced a pilot program to put post offices inside of Staples.  It’s part of what the USPS is calling the Retail Partner Expansion Program, and the first Staples to host a post office will be located in San Francisco and San Jose.

According to an article in the Burlingame-Hillsborough Patch, which was apparently based on a USPS press release of some sort (it’s not on the USPS website), the Postal Service and Staples are launching a pilot program to open postal retail counters inside select Staples locations, including 470 Noor Avenue in South San Francisco. (Update: Here are the press releases on San Jose and South San Francisco.)

Partnering with private retailers is nothing new for the Postal Service.  Over the past few years, the Postal Service has developed a network of partners that encompasses over 70,000 businesses, ranging from small convenience stores and banks to national chains like Costco, CVS, and Office Depot.  Nearly all of these locations, however, are authorized just to sell stamps and flat-rate boxes.

The new arrangement with Staples is different.  The postal counter inside of Staples will sell stamps, First-Class Domestic and International Mail and package services, Priority Mail, Priority Mail Express, Domestic and International, Global Express Guaranteed and Standard Post.  The employees behind the counter, however, will not be USPS employees. They will be specially trained Staples employees.

The arrangement with Staples sounds something like a contract postal unit, i.e., a postal site owned and operated by a private business under contract to the Postal Service.  CPUs offer most of the products and services of a regular post office, but they are staffed by the private business, not USPS employees.  There are about 3,500 CPUs, as well as about 400 Village Post Offices (VPOs), which are basically CPUs that just sell stamps and flat-rate boxes.

But maybe the Retail Partner Expansion Program will involve some sort of new arrangement.  Perhaps the Postal Service will pay some rent and share the revenues.  Details are scant so far.

What’s clear, though, is that the Postal Service remains committed to shifting its retail operations from brick-and-mortar post offices to partnerships with private retailers.  The Postal Service says it simply wants to make postal products and services more readily available, but it’s not just about convenience for customers.  The Postal Service is also looking to cut costs by getting away from running its own post offices.  This strategy is encouraged by the big mailers — who don’t use post offices and who see them as contributing to higher postal rates.

Putting a postal counter inside a Staples may look like a helpful addition to the postal retail network, but most likely, the Staples post office will simply replace a USPS-run post office.  In fact, just a couple of miles away from the Staples store on Noor Avenue in South San Francisco is the Dubuque Station at 844 Dubuque Avenue.  The Postal Service has initiated a discontinu ance study to close this station; the public meeting was held in October.

The press release on the Dubuque discontinuance explains the Postal Service’s view quite clearly: “A generation ago customers had no choice but to visit a Post Office to buy stamps or ship a package, but today it’s not just about brick-and-mortar Post Offices as USPS moves online and into retail outlets, grocery stores, office supply chains and pharmacies. There are now over 100,000 locations outside of Post Offices to buy stamps and ship packages. In fact, over 40 percent of Postal Service retail revenue now comes in through expanded access channels.”

Like outsourcing transportation and giving workshare discounts for pre-sorting the mail and selling off post office buildings, putting a post office inside a Staples is just another form of privatization.  It will probably go unchallenged, though, which is a good indication of just how times have changed.

Back in 1989, the Postal Service tried out a pilot similar to the Staples deal.  It put full service postal counters in eleven Sears Roebuck stores, staffed by Sears employees, and made plans to expand the program to one hundred stores.

As Sarah Ryan recounts in her excellent dissertation on postal privatization, Norma Pace,    one of the members of the Board of Governors at the time, was also a director of Sears, so postal watchdog Ralph Nader charged her with a conflict of interest and called on her to resign.  (She didn’t.)

There were other protests, as well as a boycott by the American Postal Workers Union, whose president Moe Biller said in an interview, ”We view this as a menace to postal jobs and postal workers and the general public.  Sears today, K-Mart tomorrow, Wal-Mart the next day and JC Penney after that. Then the time would come when they say we don’t need any post office retail windows.”

Biller also wrote a letter to Sears Chairman Edward Brennan expressing his outrage.  ”Your company’s pilot postal venture with the USPS is nothing less than an attempt to replace us with a low-wage, nonunion work force,” wrote Biller. ”It is a classic example of how union-busting managers use privatization to try to crush trade unions for the benefit of profiteers.”

The Sears project soon ended, but Biller was right: first Sears, then Wal-Mart, and the next thing you know there are 70,000 alternate retail access points in private retail stores.  We’ll see what happens with the Staples project, but somehow a boycott does not seem very likely.