The USPS Office of Inspector General has released a long-awaited audit report on the post office relocation process.  The report faults the Postal Service on a number of counts — lack of transparency, not following postal regulations, the conflicting roles of the Vice President of Facilities — and it has already led management to promise to make some changes.  The full report can be found here.

According to the OIG, “The process for relocating facilities was not always transparent.  Further, the vice president, Facilities, has conflicting responsibilities for approving funding and adjudicating relocation appeals….  Further, there were no requirements to track all relocations and officials did not always know the specific guidelines and processes. Consequently, the public and local officials may not have had the information they needed to make informed comments and determine the impact of a relocation, potentially harming the Postal Service’s relationship with the public.”

The Vice President of Facilities, Mr. Tom Samra, responded to the report by rejecting the OIG’s finding that he had conflicting roles.  “Management disagrees with the OIG’s statement that the responsibilities are conflicting,” wrote Mr. Samra, “and Management notes that nothing in the report demonstrates that the roles are, in fact, conflicting. Further, because the report provides no support for concluding the responsibilities conflict and because the OIG found no improprieties in the process, the report’s statement that ‘the public may see this official as lacking objectivity,’ therefore appears unfounded.”

Mr. Samra has apparently not been listening very closely to what people have been saying.  Communities across the country have criticized the Postal Service for giving him this dual authority. It has made the appeals process appear meaningless, and it has engendered quite a bit of ill will toward Mr. Samra.  In response to Mr. Samra’s comment, the OIG simply observes that while it may not have identified specific improprieties, “this is not evident to the public.”

In any case, the Postal Service has agreed to revise its procedures, and it will remove Mr. Samra’s dual responsibilities for approving funding and adjudicating appeals.

Another recurring complaint about the relocation process is that in most cases the Postal Service does not identify the new location until after a final decision to relocate has been made.  Management holds a public meeting, invites comments, makes a decision, permits appeals, and rejects the appeals — all without having selected a new location.

The OIG reviewed 33 of the 114 relocations that have taken place during fiscal years 2011 through 2013, and it found that in 25 cases the new location was not announced until after the public comment and appeal periods ended.

The OIG acknowledges that postal regulations do not require the Postal Service to notify the public of the site selection before the public comment and appeal periods end.  “On the other hand,” notes the OIG, “we recognize that without knowing the final location the public cannot adequately comment on or fully assess the impact of a relocation.”

In response to this criticism, Mr. Samra told the OIG that current regulations “preclude” the Postal Service from identifying the new location until it has made a decision to relocate.  “Therefore,” writes Mr. Samra, “Management requests that the report make clear the Postal Service is not arbitrarily withholding site information, but following the existing regulation.”

There’s actually nothing in the current relocation regulations (39 CFR 241.4) saying that the Postal Service must finalize a decision to relocate before identifying the proposed new location.  In fact, in six of the 33 cases reviewed by the OIG, the Postal Service announced the new location during the public meeting.

If anyone objects to a relocation decision, an appeal can be filed, but it’s not likely to be successful.  Of the 114 relocations reviewed by the OIG, 25 were appealed to Mr. Samra.  In 17 cases, he affirmed the final decision to relocate; a half dozen others are pending. 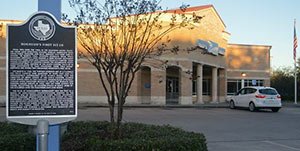 There was only one case where the Postal Service decided not to proceed with relocating — the Southmore Station in Houston.  In this case, the community protested vigorously to the relocation because the post office was next to the site of Houston's first sit-in, a 1960 demonstration of Texas Southern University students challenging segregated lunch counters at what was then Weingarten's supermarket.  It took U.S. Rep. Sheila Jackson and several other elected officials to stop this relocation.

The OIG’s report also faults the Postal Service for not following its own regulations when it comes to properly notifying the community through press releases, adequately soliciting public comment, maintaining proper records and documents, and ensuring that local managers know the policies.  The Postal Service has promised to respond to the recommendations associated with these criticisms.

There is one other problem with the relocation process that the OIG does not address, but it is significant.  Many of the relocations have involved historic post office buildings, including Venice, Santa Monica, Berkeley, Ukiah, Northfield, and the Bronx.  The Postal Service argues that when it decides to relocate a historic post office, it doesn’t need to initiate consultation with the community and relevant agencies as required by Section 106 of the National Historic Preservation Act.  According to the Postal Service’s reading of the law, it must begin the Section 106 consultation process only when it arranges to dispose of the building, which happens many months after the relocation decision has been finalized.

That view was challenged by the Advisory Council on Historic Preservation (ACHP) — the agency responsible for implementing the NHPA —— in a highly critical report issued in April of this year.  According to the Advisory Council, “The USPS should initiate Section 106 consultation at the time relocation or cessation of services at a historic postal facility is considered, rather than waiting until disposal is proposed.”

As the ACHP explains, “The USPS position that the cessation or relocation of services and the sale of buildings are not interrelated and that compliance with Section 106 is not necessary prior to USPS’s final decision to relocate post office functions is unfounded as its actions and words clearly illustrate that these decisions are directly related.”

Unfortunately, the OIG’s report does not address this crucial issue.  The audit is nonetheless a useful and critical review of what the Postal Service has been doing, and hopefully it will lead to more transparency and accountability.

For more on the relocations that have occurred and the protests that they have provoked, see these earlier articles in Save the Post Office.  Much of what the OIG documents in its report was anticipated in this STPO article written back in December 2013, shortly after the OIG announced it was doing the audit.  To a great extent, the OIG audit provides quantitative evidence of what has been clear for a long time.