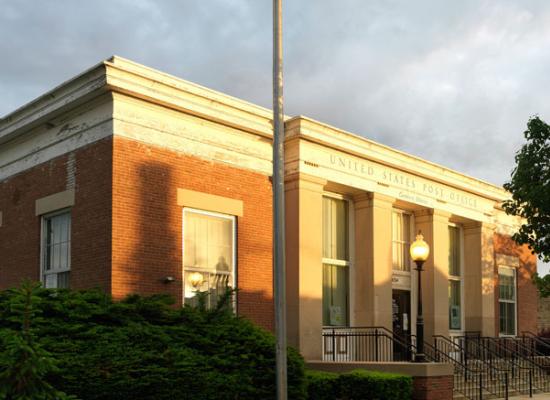 THE NATIONAL TRUST FOR HISTORIC PRESERVATION has named the Historic Post Office Building to its annual list of the 11 most endangered places.  The Trust has a story, a slideshow, a feature on the post office in Geneva, Illinois, and a press release (which has the most details).  The Chicago Tribune also has a story, and the Associated Press has another.

The National Trust has put the historic post office on its endangered list because the Postal Service, as part of its big push to downsize its retail network, has been selling off post office buildings, many of them valuable national treasures.

“This isn’t about taking on the post office,” explains Stephanie Meeks, president of the National Trust for Historic Preservation. “Of course we don’t quibble with the post office having to do what they have to do to manage their business, but we do want to make sure there’s a thoughtful process in place for managing the historic resources.”

The Trust notes that the “lack of a transparent and uniform national process from the Postal Service — one that follows federal preservation laws when considering disposal of these buildings — is needlessly placing the future of many historic post office buildings in doubt.”  The Trust hopes to work with the Postal Service “to develop a consistent, sensitive, and transparent process that follows established federal preservation law for protecting historic post office buildings targeted for disposition.”

One of the communities especially pleased by the news from the National Trust is La Jolla, California, which was singled out for special attention by the Trust, along with Gulfport, Mississippi, Fernandina Beach, Florida, and Geneva, Illinois.  The folks in La Jolla have been fighting hard to save their historic New Deal post office, under threat of sale for many months now.  They’ve put up a Facebook page and website, and it looks like they’ve gotten the attention of Senator Feinstein.  There may even be a call for legislation to protect historic post offices.  A flurry of articles came out today about the La Jolla post office: U-T San Diego, La Jolla Patch, La Jolla Light, and SD News.

(In an AP story about the National Trust’s announcement, USPS spokesperson Sue Brennan said there are 55 post offices on the National Register.  We’re checking on that.)

Over a thousand post offices were built during the New Deal.  They are particularly significant because of their famous murals.  According to Dallan Wordekemper, Postal Service historian, about 800 of the New Deal post offices contain priceless sculptures and murals, often prized more than the buildings themselves.  Although often mistakenly identified as WPA murals, they were produced under the Treasury Department’s Section of Painting and Sculpture, later called the Section of Fine Arts.

Over the past year, the Postal Service has embarked on a plan to dispose of its vast real estate holdings, and many of these New Deal post offices have already been sold.  Last July, the Postal Service entered into a contract with the largest commercial real estate company in the world, CB Richard Ellis, to manage lease negotiations and sales.  In November, CBRE and the USPS started a website displaying some of properties for sale.  There are about 80 listed right now, a good number of them historic properties.

As of last September, the Postal Service had already sold $140 million in post offices and other property during fiscal year 2011, according to USPS spokesperson Sue Brennan.  As the Wall Street Journal reported, “Postal officials say it’s unclear how many of these historically significant post offices will be sold, but many communities are already starting to see the for-sale signs go up.”

Over the past year, at least 43 historic post offices have been sold or put on the market:

(If you know of other historic post offices sold or for sale, please use the contact link at the top and send us a note.  An updated list is here.)

The threat to historic post offices has been the subject of reports in the foreign press — stories appeared last year in the Guardian in the UK and Liberation in France — but aside from a piece in the Wall Street Journal, the American press hasn’t had much to say about it.

One of the few consistent voices speaking up on behalf of the New Deal post offices has been Gray Brechin, author of that Guardian piece.  Brechin is a UC-Berkeley Geography professor and the Project Scholar for the Living New Deal.  He’s got another excellent piece here. 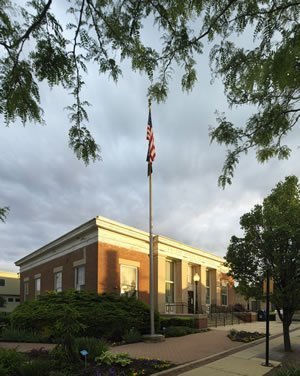 If you want to do some research on your own, Save the Post Office has put together a list of all 35,000 US postal facilities, and you can search the list for a particular date range, state, and so on.  The list is on Google Fusion Tables, here.  (It was compiled using the USPS facilities lists for leased and owned properties.)  [[Google Fusion Tables (with the maps) was shut down on Dec. 3, 2019. A spreadsheet version of the data is here.]

The list indicates if the building is owned or leased, and if it’s owned, it indicates the “occupied” date, which is usually the date it was built.  Click on “options,” then select “Bldg Occup < 1/1/1945.” That will produce a list of all buildings occupied before January 1, 1945.  You can add another filter for “Bldg Occup > 1/1/1933” and that will give you a list of buildings occupied between those two dates (roughly the New Deal era).  If you click on the “Visualize” tab, you can see a map of the facilities you’ve filtered for; click on a marker for some information about that office.  You can also sort columns using the column header.

Usually when the Postal Service wants to close a post office, it must go through a formal discontinuance process that’s governed by law (Title 39) and additional regulations in the Code of Federal Regulations (CFR).  It can be a lengthy process, and there’s plenty of opportunity for community input.