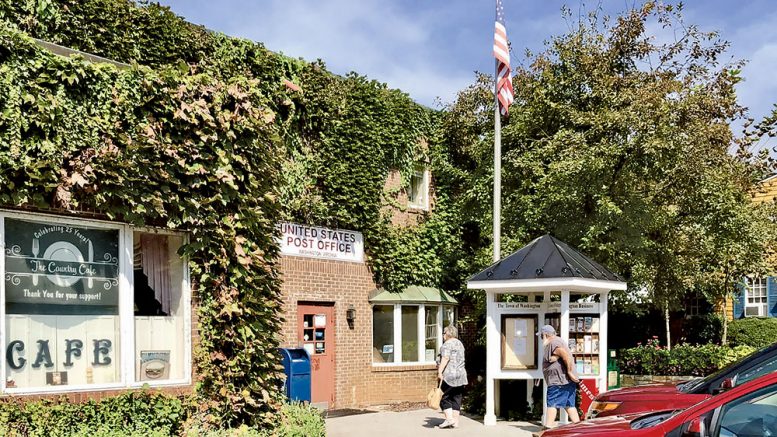 Rapp News: Every day as sure as the sun rises Nancy Buntin leaves her home next door to the Foster Harris House and walks the several blocks up Main Street to collect her mail from the Post Office in Washington, Virginia.

“Just like my father before me,” Buntin said of her daily ritual.

But soon, she and other residents of the historic county seat, where the post office has been a fixture since John Strother, Jr. became the town’s first postmaster in 1804, will likely resort to horsepower — mechanical if not four-legged — to reach a modern postal facility now slated for the mid-county Route 211 corridor.

Without naming names, U.S. Postal Service real estate specialist Rick Hancock said “people at the top” of the independent agency made an “operational decision” to move the post office out of the town after 214 years and onto the four-lane highway, where a large building will be constructed on a vacant lot bordering Bank and Schoolhouse roads.

Meanwhile, Jim Miller, the former chairman of the Board of Governors of the United States Postal Service who lives in Rappahannock County, confirmed this week that he was involved in the site selection process, telling this newspaper that he encouraged the USPS to consider all options and opinions surrounding a new post office, not just those of the town and its residents.

Miller, speaking by telephone from Washington, D.C. on Tuesday, said he had requested a meeting more than six months ago with USPS real estate specialist Rick Hancock, who is based in North Carolina, and the two met for coffee at the Country Cafe in Washington.  Read more.