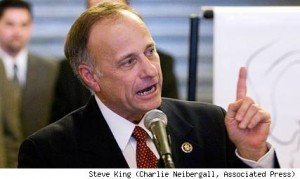 If you’ve had a chance to read Craig O'Donnell’s “They’re Coming for Your Post Office,” the story of his efforts to save his post office in Still Pond, Maryland, you know how frustrating it can be trying to get documents from the Postal Service when you’re fighting a closure.  The Postal Service is supposed to share the documents because citizens need to see what the discontinuance study has revealed, what evidence has been gathered, and how the closing rationale may be flawed.

Even the American Postal Workers Union can have trouble getting documents out of the Postal Service, and the APWU has just filed an unfair labor practice charge with the National Labor Relations Board protesting the Postal Service's failure to provide information about Area Mail Processing feasibility studies.

It’s one thing for the Postal Service to diss an average citizen or the union by stonewalling on the documents, but you would expect elected officials to get a little more respect.  Ask Iowa Congressman Steve King about that.

King’s office spent three frustrating weeks trying to get documents from the Postal Service about its plans to consolidate the large area mail processing (AMP) facility in Sioux City to Sioux Falls, South Dakota.  King, along with Iowa’s senators, Chuck Grassley and Tom Harkin, met with Postmaster General Donahoe in early August to discuss the Postal Service’s failure to respond to concerns the lawmakers and the community had expressed about the Sioux City decision, and the PMG promised they’d have the documents as soon as possible. 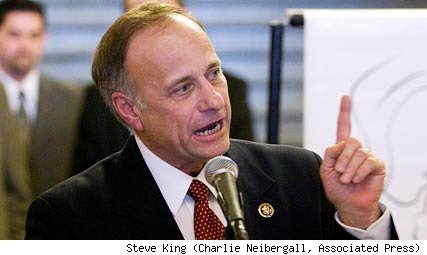 King’s chief-of-staff Bentley Graves exchanged numerous emails with USPS government relations representatives and made several phone calls as well.  He was consistently told the documents would be available soon, but nothing materialized.  One USPS rep just gave up and told Graves to talk her boss, the vice president of Government Relations, but the VP didn’t return his phone calls.

The Postal Service finally turned over the documents a few days ago, but heavily redacted, with key information blacked out.  The complete document will be shared, the Postal Service says, only during a closed meeting with community and business leaders next week.  King and others wanted the complete data so they could prepare for the meeting, but they’ll have to attend without it.

King now accuses the Postmaster General of reneging on his promise to hand over the documents (the word “promise” is repeated eight times in the five-paragraph press release), and he says the Postal Service is stonewalling and trying to “run out the clock” between now and October 1, the deadline for completing the move to Sioux Falls.

The consolidation is obviously a very serious matter for the 73 workers who will be forced to commute 75 miles, move their families to South Dakota, or quit.  But you have to laugh watching King go through the contortions of showing his constituents that he cares about keeping the postal facility in Sioux City.  King, notorious for his controversial remarks about Obama, immigration, and Abu Ghraib, is a proud member of the Tea Party Caucus and presumably supports the Postal Reform Act being advanced by fellow Tea Partyers Dennis Ross and Darryl Issa — a bill that would decimate the Postal Service, close thousands of post offices, and consolidate hundreds of processing plants like the one in Sioux City.

King won’t be the only Congressman voting for a bill that will close postal facilities while at the same time lobbying to protect those in his district.  It’s the Not in My Back Yard syndrome: Sure, close post offices across the country, but not where my constituents live.

Given how important the Sioux City plant is to Iowa and how many post offices in Iowa are slated to close (250, about a third of those in the state and a larger percentage than in almost any other state), it’s a wonder that post office closings didn’t make it onto the radar of the Iowa caucus and Obama’s visit to Iowa a few days later.  Try finding a news article about the caucus that even mentions the phrase “post office.”

That’s likely to change come September, when Congress returns from its August recess.  The post office will soon be center stage in the political arena, and things are definitely going to be heating up as autumn comes on.

(For background on the story, the Daily Sentinel had a piece in June, and the Sioux City Journal had another, in which the Siouxland Chamber of Commerce president criticized “the unprecedented lack of transparency with which the USPS conducted this process.”)