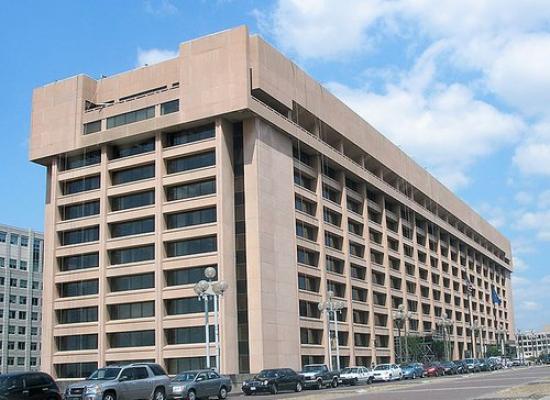 More than 150 post offices close in a matter of months, over a thousand post offices are under study for closure, the Postal Service announces that it is going to consider 3,600 post offices for discontinuance over the next year, and the Postal Regulatory Commission is about to begin a review of the USPS plan for an Advisory Opinion—an Opinion that may determine the fate of the brick-and-mortar post office as a national institution—and all this barely makes it into the national news.  Didn't our major news outlets get the press release?

Not fit to print?

What’s up with the New York Times?  It has barely touched the story of how post offices are closing all across the country.  Every day for the past several months there have been a half dozen stories in local newspapers and online sources about a closing announcement, a public hearing with USPS representatives, or a post office’s last day.  There are hundreds and hundreds of post offices being closed, and nothing about it in the nation’s paper of record?

This week the Times took a pass on the major closing events of the past few days.  It did publish a very good article (which I recommend) by Sean Collins Walsh (July 21, 2011) about the various bills in Congress that would address the USPS fiscal problems, but the article says nothing about the PRC Advisory Opinion or next week's closing list, and it says almost nothing about post office closings at all except for a passing comment.  It mentions that one of the bills in Congress would “grant the Postal Service much of what it wants, including the ability to tap into surpluses in its retiree benefits funds, which would maintain solvency in the short term. It could also allow the Postal Service to ship wine and beer, close more unprofitable post offices and eliminate Saturday deliveries.”

That makes it sound as if the issue of shipping wine and beer were on a par with closing thousands of post offices.  And why identify these post offices with the phase “the more unprofitable.”  Thanks to the way the Postal Service keeps its books, something like 80% or 90% of post offices are “unprofitable,” and sometimes the “more unprofitable” ones are those most crucial to the life of a community—like small rural post offices.  The Times makes it sound as if the Postal Service just wants to do a little pruning of its worse money-losers.  But 3,600 post offices is hardly a trim, especially if it's your post office.  As a man named Sonny Pate, who lives in the small town of Irwinville, Georgia, told his local news reporter a couple of weeks ago, "If you take the post office from Irwinville, it's kind of like taking a limb from the body.”  Well, at least Sonny may be able to get his beer delivered by the Postal Service.

The Washington Post has an article by Lisa Rein and Joe Davidson (July 21, 2011) makes some important points about what’s been going on the past week, but it doesn't convey the gravity of the situation.  It notes that that the Postal Service has produced a new version of its closing regulations (the earlier version came out in March) that will make it “easier to shutter post offices,” and it notes that this version  preserved a key but controversial element "allowing the Postal Service to target facilities that suffer from ‘insufficient customer demand’ or where customers have other options for buying stamps and postal services.”

Those two details are crucial, and they will make all the difference when it comes to the PRC Advisory Opinion.  The Postal Service’s main defense against the accusation that closing thousands of post offices violates its universal service obligation under Title 39 is likely to be that there are “other options” out there, like kiosks, stamps by mail, and contracted outlets in supermarkets.  And the whole point of the universal service obligation is to protect post offices where there aren’t a lot of customers.

The problem with the Post article is the way it minimizes the significance of what’s going on.  It says, “Since March, [Postmaster General Patrick] Donahoe has floated a couple of numbers on how many facilities he wants to close within the next year. The initial figure was around 2,000, but it then fell to 1,000.”  That makes it sound as if the PMG were just "floating" numbers with no real plan, and it sounds like the threat is diminishing rather than increasing.  Why not mention the fact that Donahoe said in June that he thinks they’ll be closing 16,000 post offices over the next six years?

Then the article proceeds to say, “Whatever the size of the upcoming hit list, it’s likely to shrink substantially.  Two years ago, the Postal Service began studying the possibility of closing as many as 3,200 post offices. The actual number going out of business?  About 140.”

Now the numbers. The Post says the list of 3,600 “is likely to shrink substantially.”  There is absolutely no evidence for this speculation, and there is no reason to think that what happened in 2009 is going to happen this time around.  The 3,200 post offices initially being studied for closure in 2009 were never on a list. That number was tossed around before the actual list came out.

When the Washington Post and Wall Street Journal published the actual list in July 2009, it contained 677 stations and branches.  And it was almost immediately revised downward by the Postal Service—partly because of all the furor it provoked, partly to diminish the impacts mass closures might have had on the Advisory Opinion the PRC was working on.  Within a few months, only 162 were left.

The Post leaves the impression that its readers have nothing to worry about.  In 2009 the Postal Service talked about 3,200 post office closings, and there were 140.  Now there’s a new list with 3,600, so figure a couple of hundred post offices will close.  That’s either wishful thinking or a gross misunderstanding of what the Postal Service has spent the past several years preparing to do.

The Postal Service means business this time around.  It has commissioned study after study about how to “optimize” its retail network by closing thousands and thousands of post offices, and now it has revised its closure procedures to make that easier.   While only 140 post offices off that list of 162 may have closed so far, that is not the whole picture, not at all.  According to a July 7, 2011 GAO report (pdf here), there are 1,080 post offices currently approved for discontinuance study, 97 awaiting approval, and 41 recommended to HQ for discontinuance.  That’s a hell of a lot more than 140 post offices “going out of business.”

As for what's going to happen next week, let’s do some speculating of our own about what that list will contain.

There are approximately 36,000 postal facilities in the country where you can do postal business.  Some 32,000 of them are staffed by postal employees, and the rest are contracted out to a community or a business (like a supermarket or Office Depot).  Of those 32,000, there are about 27,000 independent post offices and some 5,400 stations, branches, and carrier annexes.  (These numbers come from the USPS website, but the site has just been upgraded and many links are broken, and as I write this morning, the whole site is down.)

The NAPUS announcement about the forthcoming list, based on conversations with the Postal Service, says the list will contain about 2,800 post offices and 700 stations.  It makes no mention of contracted units and community post offices, so it’s hard to say if some of those may be on the list.

Nearly all of the 27,000 independent post offices have a postmaster.  They are all supposed to have one, but for years the Postal Service has not been filling positions and then using that as one excuse for closing a post office.  According to the Bureau of Labor Statistics, as of May 2010, there were 25,160 postmasters and mail superintendents.  Based on that, it’s hard to say how many post offices are without a postmaster, but let’s say a couple of thousand.  Since it’s much easier to close a post office without a postmaster, you can be sure many if not most of those will be on the list next week.

That still leaves a lot of post offices with postmasters, and NAPUS has already warned its membership to be prepared.  How many postmasters will find themselves next week looking at the potential for life without a post office?  A thousand, or more?

Of the 32,000 post offices, stations, and branches, about one-fourth are located in buildings owned by the Postal Service, and the other three-fourths use leased space.  If the closing list next week reflects that proportion, 2,700 post offices that rent space could potentially close, leaving a lot of lessors without tenants and a lot of communities with empty retail space.

Many of those 900 buildings are going to be beautiful, historic architectural treasures, paid for with taxpayer dollars.  Nearly 2000 of the Postal Service’s 8000 buildings were built before 1944—about half of them between 1904 and 1933, and the other half during the New Deal.  If the overall ratio is reflected on next week’s list, it will contain some 200 historic post office buildings, many of them on the National Register.

Just because a post office is located in a beautiful historic building, in a wealthy community, with a steady business doesn't mean it's safe from closure.   Talk to the people in Camus, Washington; Palm Beach, Florida; Westport, Norwich, and Greenwich, Connecticut, and Venice, Ukiah, and Modesto, California. All of their post offices are being closed and sold (for some the deal is already done), and the buildings are being turned into real estate offices, bag show rooms, and upscale clothing stores.

"The end of the post office" is not hyperbole.  This list of 3,600 post offices is just the beginning.  The Postal Service is segmenting its large-scale plan into smaller pieces because it knows it could never get away with a plan to close 16,000 all at once.  Congress, the PRC, and the country would make too much noise.  So in 2009 the Postal Service started with 677, quickly revised to 162, and now it’s back with 3,600.  In a year or two, there will be another list, or maybe Congress will change the law so the Postal Service doesn’t even need to worry about publishing lists and getting PRC Advisory Opinions.  They’ve closed nearly half the post offices in Great Britain.  Don’t think “it can’t happen here.”  It will, and the process starts in earnest next week.