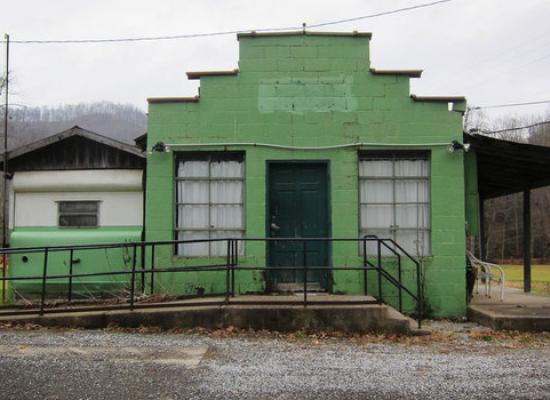 Although an "emergency suspension" is supposed to close a post office temporarily, just until the circumstances can be corrected, once a post is suspended, it rarely opens again.  Back in 1997, a General Accounting Office study found that of the 651 post offices that had been suspended over the previous five years, only 31 had re-opened.

Some people think that the post offices currently being suspended will also never re-open, and that the Postal Service is purposely manipulating situations to create “emergencies” justifying suspensions.  There's reason to think so.

In 2009, the post office in Hacker Valley, West Virginia, was suspended when the lease expired.  But according to a report in the Wall Street Journal, the Postal Service knew three years earlier that the lease would not be renewed and it failed to secure a new location.  Town residents and a lumber company even offered to  build a new post office for the USPS to lease, using donated land, materials and labor.  As NPR reported, "At first, it seemed the Postal Service was interested, but soon the phone calls from Hacker Valley were going unreturned."  The town appealed to the Postal Regulatory Commission, which issued a determination sharply criticizing the USPS for the way the suspension was conducted.   The PRC also found, based upon the USPS suspension track record, "history strongly suggests that the Postal Service is using its suspension authority to avoid the explicit Congressional instructions to hear and consider the concerns of patrons before closing post offices.”

The Postal Regulatory Commission is currently near completion of a broader investigation into the matter of "emergency suspensions."  As the Wall Street Journal reported in January, the PRC is investigating “whether the postal service has been improperly using reasons such as lease expirations to suspend service and to close many small, rural post offices.”  The PRC has been reviewing more than 400 post offices where service was suspended in recent years to determine whether the suspensions were in fact illegal “de facto closings.” PRC spokesman Norman Scherstrom noted that in many cases, the Postal Service declared emergency suspensions based on expiring leases, and the post offices never reopened.  “A lease generally has a contract and a date where you can expect it will end," said Scherstrom.  "For that to turn into an emergency seems odd."  According to the WSJ, "The postal service has denied wrongdoing."

The PRC investigation is on-going and the results should be known soon.  In the meantime, many continue to wonder, is the Postal Service manufacturing emergencies and closing post offices without due process?