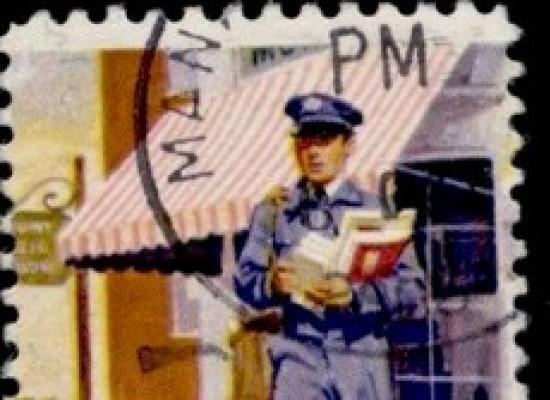 The Postal Service’s request to the Postal Regulatory Commission for an exigent rate increase is on hold right now due to the government shutdown.  The Request, along with testimony from three Postal Service witnesses and a slew of tables, was submitted on September 26.  Before the shutdown happened, the Chairman had filed a couple of requests for additional information, but not much more had been submitted.  (The materials can be found in Docket R2010-4(R).)

When the PRC resumes business as usual, there will be more requests for information from the chairman, responses from the Postal Service, and comments by the stakeholders.  The Commission has 90 days to issue a decision.  The Postal Service wants to implement the increase on January 26, 2014 — unless postal reform legislation makes it unnecessary.

The Postal Service wants to raise rates by approximately 6 percent.  About 1.7 percent of the increase would be permitted without special approval by the PRC, since the law allows for such increases to keep up with inflation, as measured by the Consumer Price Index (CPI).

The exigent rate increase would add about 4.3 percent more to the CPI increase.  That's somewhat less than the 5.6 percent exigent increase the Postal Service initially requested back in 2010, but similar to the revised request of 2011.  (In 2011, the Postal Service did not not specify exactly how rates for each class of mail would change, but it downsized the revenue projection from $3.2 billion to $2.3 billion, the same as for the current request.)

The first exigent rate request was turned back by the Commission because the Postal Service had not done enough to explain how much of the losses it had suffered were "due to" the Great Recession — the "exceptional or extraordinary circumstances" cited to justify the increase.

The renewed request for an exigent rate increase contains plenty of data addressing how much the Postal Service has lost "due to" the recession — over $50 billion in revenues from 2008 to 2012, nearly $17 billion in 2012 alone.

The Commission and the stakeholders will focus a lot of their attention on the lost-revenue analysis and the legal justifications for an increase, but one of the most basic questions about the rate increase is not whether it'ss justified.  The question is, will it actually work?  Will it succeed in generating more revenue?

The mailers argue that higher rates will drive away so much volume that the net result will be less revenue, not more.  In the materials submitted with the request for a rate increase, the Postal Service therefore provides a detailed analysis of how volumes and revenues would be impacted in order to show that revenues will increase as predicted.

The Postal Service’s materials are very detailed and complex, and it will take some serious expertise to break down the numbers and evaluate the request.  Included in the testimony of Stephen J. Nickerson, Finance Manager at postal headquarters, are a couple of tables that go a long way toward explaining how the Postal Service is envisioning the impacts of a rate increase.  They show the projected mail volumes and revenues for 2014 both with and without a rate increase.  (They're Attachments 15 and 16 at the end of his testimony.)

Here's the table on volumes.  The forecasts include both the exigent rate increase and the CPI increase.  The increase, by the way, applies only to market dominant products.

As this table shows, the Postal Service anticipates that total mail volumes will decline in 2014 whether there’s a rate increase or not, but with an increase, the volume for market-dominant products will decline by an additional 2.7 billion pieces — 149.4 billion pieces in contrast to 152.1 billion.

The revenue table shows that even with this decline in volume, the overall effect of a rate increase will be to enhance revenues for market-dominant products in 2014 by $2 billion — $51.8 billion compared to $49.8 billion without a rate increase.

To put it simply, a rate increase will drive away nearly 3 billion pieces of mail, but the higher rates will mean an additional $2 billion in revenue.

Because of the drop in volume, operating expenses will also go down, and that needs to be factored into the calculations.  As shown in Attachment 17 in Mr. Nickerson’s testimony, the Postal Service estimates that the decline in volumes will lead to a decline in operating expenses of approximately $320 million (from $72.56 billion to $72.24 billion).

Looking at the percentages

Based on the tables provided in Mr. Nickerson’s testimony, one can create a table showing the percentages by which volumes and revenues would be impacted by a rate increase.  (The numbers for 2014 use the annualized estimates.)

As this table shows, the Postal Service anticipates that even without a rate increase total mail volume for market-dominant products will fall by 1.87 percent from 2013 to 2014, a little worse than the fall of 1.46 percent from 2012 to 2013.  A rate increase (CPI and exigent) would exacerbate the decline by almost doubling it, to 3.61 percent.

But the rate increase will also lead to an overall increase of 0.4 percent in revenues for market-dominant products — a lot better than the decline of 3.5 percent that would happen if there were no increase.

The table also shows that the Postal Service does not expect the rate increase to impact periodicals, international mail, or package services.  Only First Class and Standard mail will be affected.

The column on the far right shows the impact of the exigent increase in isolation (not including the CPI increase and all the other factors influencing volumes).  It shows that an exigent rate increase would cause First Class volumes to drop nearly one percent, Standard mail volumes by 1.6 percent, and total market-dominant volumes by 1.2 percent.

But revenues would increase: First Class, by over 3 percent; Standard, by nearly 3 percent; and total market-dominant, by 2.9 percent.

The bottom line, then, is this: According to the Postal Service, an exigent rate increase would cause volumes to fall by about one percent but increase revenues by about three percent.

Concerns about a death spiral

The basic assumption underlying a postal rate increase is that demand is relatively inelastic, i.e., even if prices go up, demand for the product will remain constant.  Even though some volume will be lost due to higher prices, the rate increase will still end up bringing in more revenue.

The mailers argue that while this assumption might be true in the short run, the long run will tell a different story.  Mailers may not be able to modify their habits quickly, but higher prices will eventually drive away more volume than the Postal Service is projecting.

The following table shows what would happen if the rate increase (exigent alone) were to continue driving away mail volumes in 2015 and 2016 at the same rate as projected for 2014.

As such projections illustrate, the rate increase could have a bigger impact on volumes than the Postal Service is projecting, and the overall effect could be a decline in total revenues — the so-called death spiral.

That's what the mailers will say anyway.  It's hard to know what will happen.  We're basically in unchartered waters.  There hasn't been an exigent rate increase since the Postal Accountability and Enhancement Act was passed in 2006, and there are conflicting views about just how elastic the demand for postal products is in the digital age.

Comparing the rate increase to other proposals

The Postal Service has had plenty of experience with rate increases under the CPI, and there are many studies about postal rate elasticities, so it should be in a good position to make accurate forecasts.  Management might have also done some market research on the question, but it does not seem to have felt  that was necessary in this case.

In previous cases where operational changes would affect mail volumes, the Postal Service has conducted market research to help make projections, and it is interesting to put the rate increase in perspective by comparing it to these other plans.

When the Postal Service presented its plans to eliminate Saturday delivery and to consolidate processing plants (which involved slowing delivery standards), it contracted market research on how mailers would respond.  In fact, for Network Rationalization, it did two rounds of research.  A first round inadvertently introduced other variables — closing post offices and ending Saturday delivery — so it was deemed "flawed" and became known as the “all causes” study.  A second round of research focused only on service standards.   We thus have three market research studies with which to compare the exigent rate increase.

All of these proposals involve cost-saving measures that require eliminating jobs, so the following table includes an estimate for jobs cut.  They all involve a total contribution to the bottom line, so the table includes these estimates as well.

Most of these numbers come from the PRC's Advisory Opinions on ending Saturday delivery and Network Rationalization.  For five-day delivery, the Postal Service said it would save $3.3 billion, minus $200 million in lost revenue.  (The PRC said it would be more like $2.1 billion in savings, less $600 million in lost revenue.)  For Network Rationalization, the Postal Service estimated $2.1 billion in savings in operational costs, less $500 million in lost revenue.  (The PRC could not come up a good estimate because of problems with the market research.)  The contribution number for the “all causes” is a ballpark estimate based on the other two plans plus $1 billion for closing 12,000 post offices.

The calculations for jobs eliminated uses the total savings in operational costs — $3.3 billion for five-day; $2.1 billion for Network Rationalization; $1 billion for closing post offices; and $300 million for the rate increase.  It figures 80 percent of costs are labor, and one job equals $80,000 for salary and benefits, so $1 billion in operating costs represents 10,000 jobs.

As the table shows, an exigent rate increase would impact mail volumes somewhat more significantly than ending Saturday delivery but less than the change in service standards associated with plant consolidations.

The table also shows that the exigent rate increase would bring in a lot of revenue with relatively little impact on jobs — far less than the other plans, which are all based on downsizing, cost-cutting, and service reductions.

This is why a rate increase, even though it might lead to reduced volumes and some job losses, is much preferred by the postal worker unions.  Cost-cutting measures like ending Saturday delivery and consolidating plants require the elimination of many more jobs.  Postal workers and average consumers bear the brunt of these plans.

This also explains why the big mailers prefer cost cutting to a rate increase.  They are the ones who will pay out most of the $2 billion a year in additional postage.  Most of them (though not all) would much rather see the workforce and infrastructure downsized, even if means reductions in service.  For a company that sends out millions of pieces of mail every year, an increase of just one or two cents per piece really adds up.

Over the coming weeks, these mailers and their associations will file comments with the PRC about why the exigent rate increase is not justified according to the statute and why it's a bad idea.  When the Postal Service filed for a rate increase in 2010, comments were submitted by Time Warner, the Affordable Mail Alliance, the Parcel Shippers Association, the American Catalog Mailers Association, the Association for Postal Commerce, the Mail Order Association of America, and several other organizations representing mailers.  They are probably preparing their comments right now, just waiting for the PRC to go back to work.