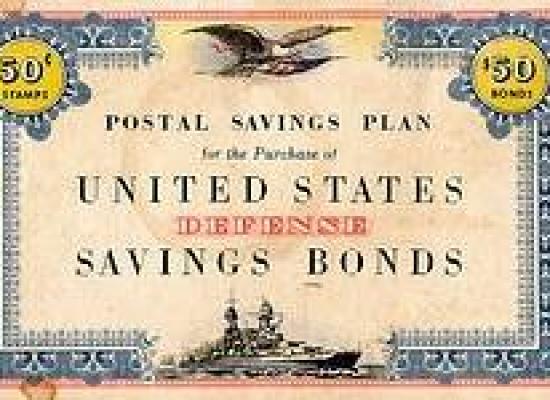 [In “The Perfect Storm: How Everything Is Coming Together to Take the Postal Service Apart,” a postmaster analyzed the causes of the current crisis.  In the following piece, he o makes some concrete suggestions for getting the Postal Service out of the morass.  Here is part two of “Notes from a Postmaster.”  At my request, the author remains anonymous to avoid problems with management. —SH]

The United States Postal Service is in dire straits.  It is suffering from billions of dollars of losses over recent years, the promise of falling mail volumes, and an increasingly threatened business model.  The response from Congress, postal management, and many in the mailing industry has been to call for cutting the size of the workforce to a Draconian degree, pulling employee benefits out of federal programs, relaxing the universal service standard, and closing thousands of post offices

The dominant narrative consistently presented in the media is one of a mailing company with a failed business model.  To survive, we’re told, the Postal Service must cut and reduce.  However, the premise that supports this narrative is false at its core, and it essentially misreads and misunderstands the current issues.

Congress owns the Postal Service — and it owns the problems

The current deficits attributed to the Postal Service arise not from falling revenues, overly generous employee compensation, or too much capacity, but rather from accounting transfers to the Treasury mandated by Congress.  The plain and simple fact is that Congress, essentially the owner of the postal system, has extracted billions of dollars of profits and value from the Postal Service.  The bottom line is that the Postal Service is not only doing fine — its surpluses are being taken by Congress and used to mask other budget deficits.

The supposed deficits the Postal Service has been running are attributable to three related accounting issues: (1) the overly ambitious pre-funding schedule of retiree health benefits mandated by Congress in the 2006 Postal Accountability and Enhancement Act (PAEA), (2) the over-funding of both the Civil Service Retirement System (CSRS) and Federal Employees Retirement System (FERS), and (3) the methods used to determine potential liabilities due to workmen’s compensation.

All of the deficits of the last five years can be attributed to these accounting issues, rather than, as the Postal Service would have us believe, the recession and “electronic divergence” to email and the internet.  That is not to say that there won’t be deficits in the future, but these will be completely attributable to the panicked and ill-considered response of postal management to the deficit problem, a response that has seriously undermined public confidence in the system.

These accounting problems are only part of the story.  The management team of the Postal Service deserves a considerable amount of responsibility for the mess we find ourselves in. The Board of Governors and postal management have been seduced by a vision of the Postal Service as a corporate and marketing powerhouse.  It is a duplicitous and failed vision.

There is a way forward that would put the Postal Service on sound financial footing and preserve jobs and essential infrastructure.  Rather than radically downsizing this important institution, we should find ways to make it sustainable and meaningful in a changing technological environment.

The following proposals are not really controversial ideas, but they would require that Congress make an honest appraisal of its budgeting procedures, something that may seem radical in the current political environment.

1. Immediately suspend the mandated transfers mandated by PAEA for retiree health benefits.  Accompany this suspension with a detailed actuarial analysis that determines the sufficiency of the present fund in meeting future liabilities.  The analysis should also specify when the Postal Service may begin accessing this fund in meeting these obligations.  It should be noted that currently, in addition to pre-funding, $2 billion annually is drawn from current revenues to pay benefits.

2. Immediately return the $6.8 billion overpayment in the FERS retirement fund to the Postal Service.  There is general agreement on the accuracy of this overpayment.  In any reasonable circumstance, when a business determines it has overpaid its obligations, it seeks and is entitled to a refund.  That convention should not be suspended simply because it would make Congress’s books look worse.  This returned money should be used to pay off some of the $15 billion the Postal Service has borrowed from the Treasury (on the credit line established by PAEA).

3. Charge the General Accounting Office (GAO) or the Congressional Budget Office (CBO) with doing a study to resolve the dispute over CSRS pension fund overpayments.  Several actuarial analyses have determined that the Postal Service has over funded its CSRS pension obligations by between $55 billion and $75 billion. (The Segal Report says it is $55 billion; the USPS Office of Inspector General says it’s $75 billion.) The underlying arguments over these charges are somewhat arcane, but a study that applies Generally Accepted Accounting Practices (GAAP) ought to be able to arrive at an equitable determination.

4. Charge the GAO or CBO with a second study, this one to arrive at a methodology for analyzing and correcting future liabilities arising from pension and retiree health care obligations.  A detailed and sound regimen must be put into place that periodically analyzes the liabilities and ensures that appropriate corrections are made.

5. Give the Postal Service an appropriate method of accessing credit markets so that it can borrow money when it needs it.  Perhaps a Postal Savings Bond can be created, initially offered only to employees.  If the Postal Service is essential infrastructure, important to all Americans, then let’s find a way of financing it that appeals to our communal responsibility.

6. Immediately cease all post office closures and service reductions. The previous steps will quickly put the Postal Service on a sound financial footing, which will allow us to halt the dismantling process that is currently in place.  Let’s preserve the capacity and structure we have while finding ways to properly utilize it.

7. Charge the Postal Regulatory Commission with a thorough review and reconstitution of the rate system.  Base the rate system on the fundamental principle of maintaining universal service.  The PRC had instituted a study of the social value of the postal system. That study should be completed and the ideas embodied in it should be incorporated in defining a rate system.  Is there social value in preserving preferential rates for non-profits and second-class material?

8. Let us define the principles that support our rates and design a system that reflects those principles.  Included in this review ought to be a thorough analysis of the benefits associated with the two postal monopoly provisions —first-class restrictions and the mailbox exclusivity — balanced against the costs and obligations implied by a robust reading of universal service as well as the social value inherent in a healthy postal system.

9. Begin a thorough review of capital expenditures, especially those relating to automation. The Flats Sequencing System (FSS) cost billions of dollars, and yet the underlying assumptions of the volumes needed to justify and rationalize such a system simply don’t add up.  Capital expenditure ought to support the mission of developing the postal network as infrastructure, adding capability and capacity that reflects and sustains the principles that inform that mission.

10. Charge the Postal Regulatory Commission, working with postal management, state and local representatives, and other parties, with responsibility for examining the potential uses of the postal network.  Commercially it is obvious that the “last-mile” model has many benefits for American industry and supply management.  Socially it would seem there are many ways for the Postal Service to provide an internet gateway for those on the periphery of current technology.  Such a gateway could be means of increasing the productivity of bill presentment and payment systems.

The physical postal infrastructure could also be utilized to assist state and local governments in delivering services.   For example, it may be useful to use postal space and systems to help localities deliver services like hunting and fishing licenses or facilitate other contacts between government and the citizen.

We could also explore additional utilization of the postal vehicle fleet. Could postal fleets be charging locations for electric vehicles?  Can sensors on postal vehicles provide useful data?  There are many possibilities and a great deal of potential embodied in the existing infrastructure.

These proposals can provide a basis for saving the postal service.  For this effort to be successful, Congress must agree to make an honest appraisal of its budgeting and accounting policies.  The fact that correcting inequitable accounting and transfer procedures might make other budget deficits look worse ought not to stand in the way of doing the right and equitable thing.  At some point political will must exceed political calculation.

The management structure and mentality of the Postal Service must also be capable of moving forward.  The current structure and culture have failed and seem incapable of adjusting.  Whether that means simply replacing people or a more thorough management restructuring must be determined, but it is clear that the current management, including the Board of Governors and the executive levels, are insufficiently prepared to lead the Postal Service through its current trials.