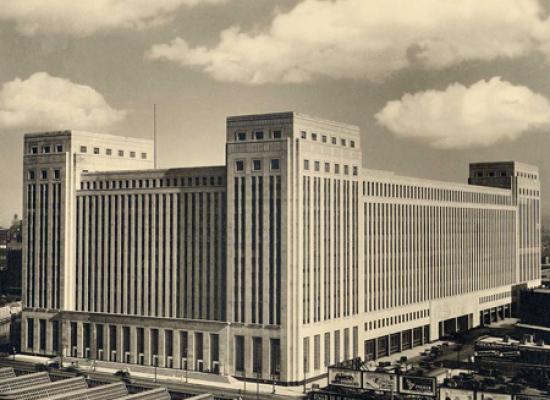 Think it would take an act of Congress to privatize the postal system?  They’ve been privatizing the post office for four decades, piece by piece, step by step.  It’s called “piecemeal privatization,” and it works like this. 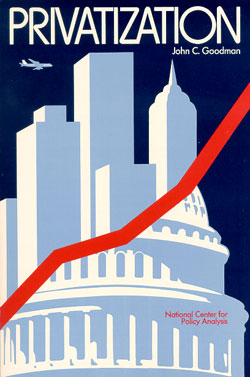 Marketization is “the process that enables state-owned enterprises to act like market-oriented firms.”   It’s achieved by reducing government subsidies, deregulation, organizational restructuring, and decentralization, and it often paves the way for complete privatization.

It was the Postal Reorganization Act of 1970 that began the marketization of the postal system.  It transformed the U.S. Post Office Department – a government agency and part of the Cabinet — into the independent U.S. Postal Service – a government-owned corporation that is self-supporting and receives no tax dollars.  The post office thus came to be viewed in terms of a business model.  Like a private corporation, it was expected to adopt the methods and values of the marketplace — cut costs, streamline operations, fight unions, don’t run in the red — rather than operating as a public service “to bind the nation together.”

That’s why you keep hearing politicians and USPS leaders say “the Postal Service is a business,” and it needs to “optimize its infrastructure facilities” and “shed under-utilized assets.”  And that’s why a few weeks ago Dennis Ross’s committee on postal infrastructure brought in a couple of corporate execs to explain how they run their businesses.

The Reorganizaton Act, it’s worth noting, was the product of a presidential commission in 1967-68, chaired by retired AT&T Chairman Frederick R. Kappel, who, in testimony before Congress, said, “If I could, I’d make it a private enterprise and I would create a private corporation to run the postal service and the country would be better off financially.  But I can’t get from here to there.”  It would be left to others to “get from here to there.” 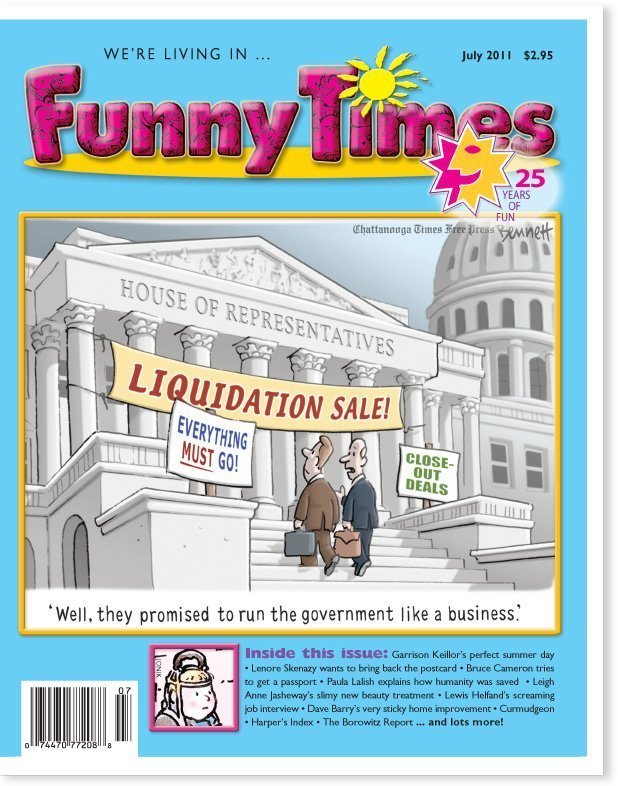 The main strategy for piecemeal privatization is, as postal workers know well, “contracting out.”  Throughout its history, almost all of the work of the government’s Post Office was done “in house.”  That changed in 1988 when President Reagan’s Commission on Privatization submitted its report Privatization: Toward More Effective Government, and outsourcing came into fashion across the spectrum of government agencies.  The commission recommended that the Postal Service more actively pursue contracting out opportunities in all of its functions.  (It also recommended that the private express statutes, which mandate the postal monopoly, be repealed to allow competition in the provision of any postal service.)

Also in 1988, the Postal Service introduced the USPS Procurement Manual, which made it easier for management to outsource without worrying about “full and open competition.” The manual made “adequate competition” sufficient, it introduced “simplified purchasing,” such as replacing sealed bids with “competitive negotiations,” and it downgraded the procurement regulations into “non-binding guidelines.”  That paved the way for the big FedEx deal in 2001, which was criticized for failing to go through a rigorously competitive bidding process.  No matter, there are now thousands of FedEx boxes in front of post offices across the country, and no one seems to mind.

The Postal Service now contracts out $12 billion annually.  FedEx is at the top of the list, with $1.37 billion in 2010, automation supplier Northrop Grumman is next, at $494 million, and UPS is 12th on the list, taking in $95 million of USPS business.  By outsourcing work to private corporations, the Postal Service in effect sells parts of its own business to the highest bidder or the company it chooses to negotiate with.  The Postal Service has contracted out transporting the mail, equipment repair, retail postal stations, cleaning services,  implementation of the bar code system, and many other elements of its operations, in addition to promoting the huge pre-sort business through bulk mail discounts.

Contracting out got to be such a problem that Congress held a hearing about it in 2007 called “Inquiring Minds Want to Know: What is the Postal Service Contracting Out?”  APWU President William Burrus testified at the hearingthat the USPS “has begun to travel resolutely down the road of privatization without authorization from Congress” — or the American people. The subcontracting of postal work, he warned, “is just one aspect of a dangerous trend: the wholesale conversion of a vital public service to one performed privately for profit.”

The next stage in piecemeal privatization is “divestiture”—selling off assets.  The 1988 Presidential Commission on Privatization said that “divestiture of federal assets should be pursued” in the interest of ensuring the “highest and best use” of the Postal Service’s assets.  But there are many “Barriers to Network Retail Optimization” (laws, regulations, unions, politicians), and over the past 40 years only 4,000 post offices have closed.

On June 27, 2011, Postmaster General Donahoe said that the Postal Service will close half of its 32,000 post offices over the next six or seven years.  This obviously represents a significant change in the country’s postal system, and any such change is supposed to be reviewed in an Advisory Opinion by the Postal Regulatory Commission.  But the Postal Service is going at it “piece by piece” and arguing that no such significant change is happening.  The League of Postmasters and National Association of Postmasters have filed legal complaints with the PRC, but thus far, to no avail.  The closures continue. 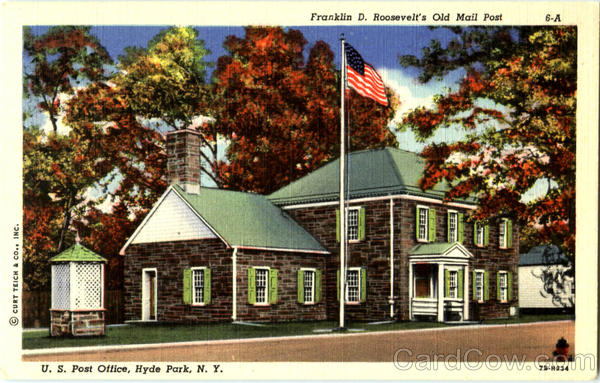 It took the country a couple of centuries to develop a network of brick-and-mortar post offices, and the government built thousands of post offices along the way, post offices that were designed to display the power and prestige of the nation.  In the early 1900s, post offices were designed in the classical style, to call to mind the great democracies of Greece and Rome, and to inspire confidence in the federal government.  During the New Deal, FDR personally took a hand in designing several post offices near his home in Hyde Park, NY, and the country built 1,100 beautiful post offices in the midst of a Depression.  The post office — if it was built before the 1950s —is often one of the grandest buildings in a town or city.

For the past twenty years, the Postal Service has been preparing the way to dismantle this legacy of brick-and-mortar post offices, as if it were a burden to be disposed of rather than an inheritance it was responsible for protecting.  It started with research papers by right-wing think tanks, government reports by the GAO and other agencies, and detailed USPS space inventories—how much is used for this and that, how much is owned or leased, how much business each facility does —all intended to demonstrate the money that could be saved by consolidating and selling.

Then came the consolidations of post offices and relocations of workers.  The Postal Service has typically moved workers from a large downtown post office to a suburban annex.  That has left a post office, once a hub of community, with a small retail staff and a lot of empty space—space now used to justify calling the building “obsolete” and making a quick sale to the highest bidder.

The Postal Service has also been going from owning to renting. It now leases three-fourths of the space for its operations.  Leases make it much easier to consolidate processing facilities and to close an “under-performing” post office.  Since a post office can’t be closed for strictly economic reasons, it helps to have a lease “problem” to justify a closure — a practice that has been criticized by the Postal Regulatory Commission.

Post offices themselves, owned or rented, are being replaced by the 70,000 “alternative retail outlets,” like supermarkets, Office Depots, and kiosks, that the Postal Service boasts about with its USPS Everywhere PR program.  These are the places the Postal Service recommends to people when they lose their post office — that is, when the Postal Service doesn’t simply suggest staying at home and using the internet.

That’s where things stand right now.  We’re witnessing the Great Sell-off of Postal Service assets.  Unlike the earlier stages, which were relevant mainly to postal workers, USPS management, and the companies that do business with or compete with the Postal Service, this current transformation is being experienced by the entire country.  People are seeing their post office being targeted for closure, and a few months later, it’s gone.  In some cases, the post office is closed in a day or two—thanks to an “emergency” issue with the lease, a broken leg, or a dispute over a few dollars a day.

Step Four: What Comes Next?

The marketization, contracting out, and divestiture will continue, at ever-increasing speed.  The Postal Service will cut the work force again and again (over a half million career employee positions have been cut since 2000), increase the percentage of part-time and flexible employees, end Saturday delivery (which will be picked up by some private company), expand the network of alternative retail outlets, and close half of the country’s 32,000 post offices.  Then the Postal Service will be a “lean and mean” corporate entity, ready for the final stage of privatization.

What shape this will take is hard to predict. Perhaps, as suggested by the 1988 Presidential Commission on Privatization, the Postal Service will be turned into an employee-owned company through an employee stock ownership plan (ESOP).  Perhaps it will be broken up into smaller units and sold off, piece by piece.  Perhaps it will be taken over in its entirety by a FedEx, which can then skim the cream and sell off the less profitable parts.  Or perhaps, as they’ve talked about doing in Great Britain, there will be an IPO and the Postal Service will sell itself in shares on the stock market.

Trust the corporate elite to figure all that out.  Regular citizens will probably have as much to say about it as they do when a Postal Service manager comes to town and tells them their post office will be closing.