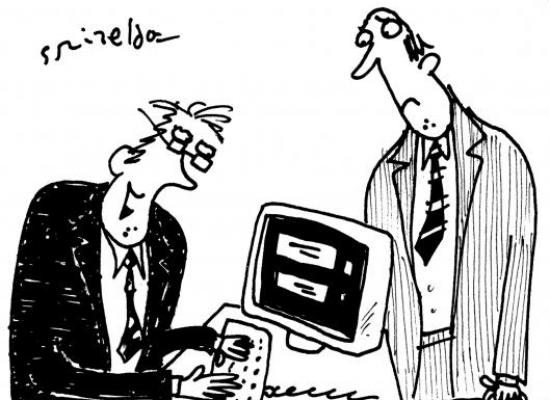 How fast can you close a post office?  Not as fast as the Postal Service would like.  But luckily for the USPS, they have a new computer tool to help them speed up the process.  More on that, but first some background.

Under current law (US Code Title 39) and regulations (Code of Federal Regulations—CFR 39), it takes the Postal Service at least nine months to close a main post office, even less for a station or branch.  (The process is described in this pdf.)

The Postal Service has been lobbying Congress to change the law so that it can speed up this “discontinuance” process, but naturally things are stalled in Congress.

So on March 31, 2011, the Postal Service proposed several changes to the regulations that would “improve the administration of the Post Office closing and consolidation process.”  The changes would streamline the procedures and cut at least 30 days, perhaps as many as 76, from the discontinuance process.  They would also make a public hearing about the planned closure, now required, up to the discretion of the USPS.  The Postal Service believes that these are just changes to the regulations and not the law, so they can implement them without Congressional approval.

That position has been challenged by the National Association of Postmasters and the League of Postmasters in a May 23 legal complaint filed with the Postal Regulatory Commission (PRC).  The USPS replied to the complaint on June 13 (pdf here), and on July 5, the postmasters replied to the reply (pdf here).  The back-and-forth arguments are before the PRC.  No news yet on when a decision might be reached.

In the meantime, Postal Reporter News Blog reports yesterday that the USPS Office of Inspector General (OIG) has just released an audit report about the results of a new web-based application called the Change Suspension Discontinuance Center (CSDC) program that the Postal Service has been using.  The Washington Post had reported back in March that the Postal service was using a new computer system to facilitate the closing process, and now we have some results.

The OIG found that the CSDC program reduces the current “cycle time” it takes to close a post office from 280 days to 218 days, a savings of 62 days.  If you’re into the numbers, the breakdown is like this: The program shaves the “authorization to study” from 10 days to 3, the “study period” from 150 to 123, the “HQ review and final determination” from 30 to 12, and the period from the posting of a “final determination” to actual closure, from 90 to 80.  (The full study is here.)

Much of the time saving is thanks to the computer program’s ability to gather and integrate data from a variety of sources more quickly than in the past.  What’s noteworthy, however, is that Postal Service Headquarters is now giving itself just 12 days to evaluate all the information it gathered over the previous months and to come to a final decision.  That helps explain how Arkansas Congressman Mike Ross mistakenly received final determination notices on three post offices in his district just a week after the public meeting.

The OIG notes that if the proposed changes to CFR 39 are implemented and combined with the results of this new computer program, the total period for discontinuance will be reduced from about 280 days to 142 days.

So your post office has been in your town for, say, a hundred and fifty years, and the USPS and the OIG are pleased that by cutting the discontinuance "cycle time" in half, the Postal Service can close your post office in less than five months.  That's progress.

There must be more to the story, but don’t expect the Postal Service to tell it.