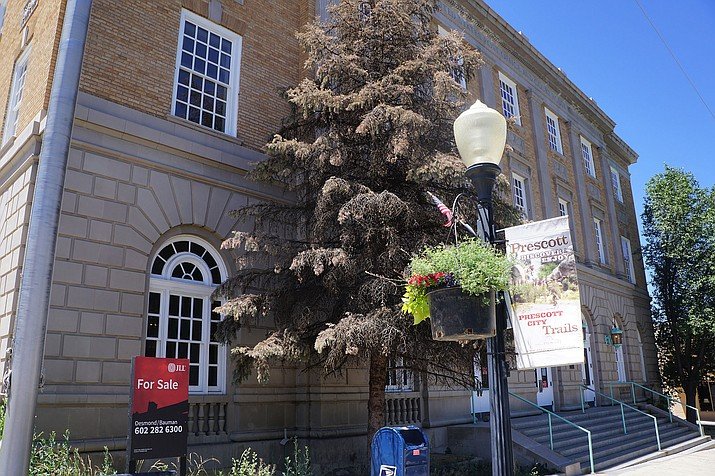 Last November the Postal Service announced that it planned to sell the historic post office in Prescott, Ariz., and relocate retail services elsewhere.  This week the building went on the market, and there’s a “for sale” sign out front.  The building is also listed on LoopNet, with JLL serving as the real estate broker for the Postal Service.

“The Prescott Post Office and Courthouse is a significant example of a late Beaux-Arts post office and courthouse. It represents the end of the Beaux-Arts tradition of federal design philosophy and is one of the most monumental buildings in Prescott, second only to the Yavapai County Courthouse. The Courthouse Plaza is located immediately north of the post office across Goodwin Street. Finally, the building is the first federally constructed post office in the city and is a symbol of the federal presence in the community. As such, its construction was a major local event.”