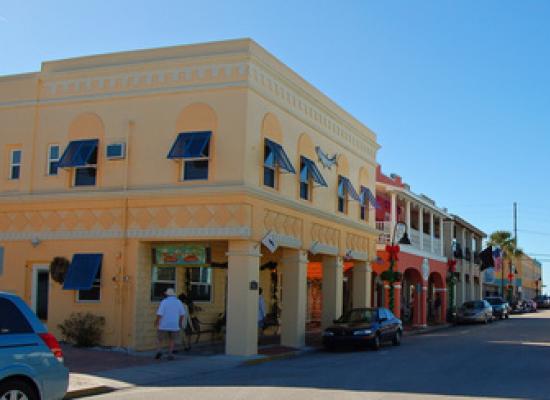 The Old Town of Pass-a-Grille is an officially designated historic district located in St. Petersburg Beach, Florida.  The district contains 97 buildings, and at its center is Eighth Avenue, a one-block stretch between the gulf and the bay.  In the 1940s, Ripley's Believe it or Not deemed Eighth Avenue the smallest main street in America.

Pass-a-Grille has had a post office for over a century, and it’s been on Eighth Avenue since the 40s.  The post office was slated to be closed in 2009, but residents rallied and the post office was temporarily spared.  According to the St. Petersburg Times, residents learned a couple of weeks ago that it will be closing on June 17.

“Everyone picks up their mail there," said Nancy Shannon, a longtime Pass-a-Grille resident. "I've been living here for over 50 years. I came down as a bride-to-be from New York.  Ever since then, I've bought my packages and stamps there. It is a core community place. After 2009, we thought the issue had been laid to rest. We were lulled into thinking that everything was okay."

As the St. Pete Times describes it, the Pass-a-Grille post office is very small, with room for just a few customers at a time.  It's the kind of place where they keep gum drops on the counter for the kids and dog biscuits behind it.  The post office is a local magnet, said one resident, and "how we keep in touch with all the people that live out here." Another added, "It would be kind of crazy to think of this place without a post office."