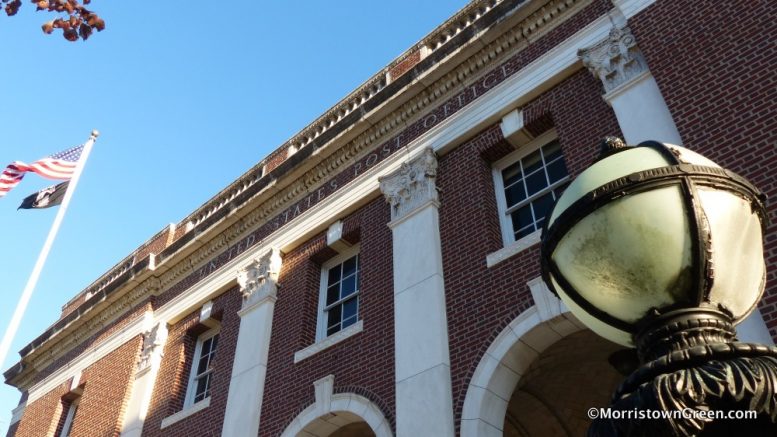 Morristown Green: The Morris Street Post Office in Morristown, New Jersey, which the Postal Service tried to close in 2012 amid vociferous local opposition, is on the chopping block once again.

This time, Morristown Mayor Tim Dougherty envisions the century-old structure being reborn as the town’s “centerpiece.”

“It’s a great, historic building, an amazing site that should be the centerpiece of our town,” he said on Saturday. He declined to elaborate, however, saying it’s premature until the Postal Service spells out its plans.

The Postal Service is “considering relocating retail services” from the post office at One Morris St., according to a notice posted there. A public information session is scheduled for 6 pm on Wednesday, Oct. 26, 2016, in the seniors center at town hall.Postal Service spokespersons could not be reached immediately for comment.  Read more.