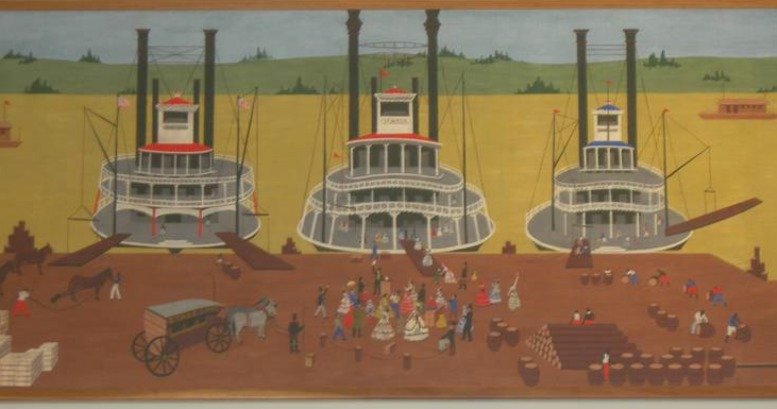 For nearly 70 years, the people in Gretna, Louisiana, did their postal business at a beautiful post office built in 1936.  It had a New Deal mural entitled “Steamboats on the Mississippi,” painted by Stuart R. Purser in 1939.

In 2003 the Postal Service announced that it wanted to close the post office and sell the building.  The city of Gretna responded.  It bought the historic building (which is now being renovated), and offered to convert an old train depot, just a block away, into a post office.  According to nola.com, renovations of the station were done using $100,000 in city and state money.  Then the city gave the Postal Service a sweet deal — $11,000 a year for the 900-square-foot space.

So for the past ten years, downtown Gretna has enjoyed having a small post office in a historic train station.  It’s been a boon to businesses, given new life to the old station, and served an important social and economic role in Gretna.  All the work elected officials did to keep a post office downtown paid off.  They even saved the mural and had it moved over to the new post office.

Customers say it’s always busy at the post office, and city officials say closing it would not just be a loss to the community.  “It’s critical to business and government,” says the mayor. 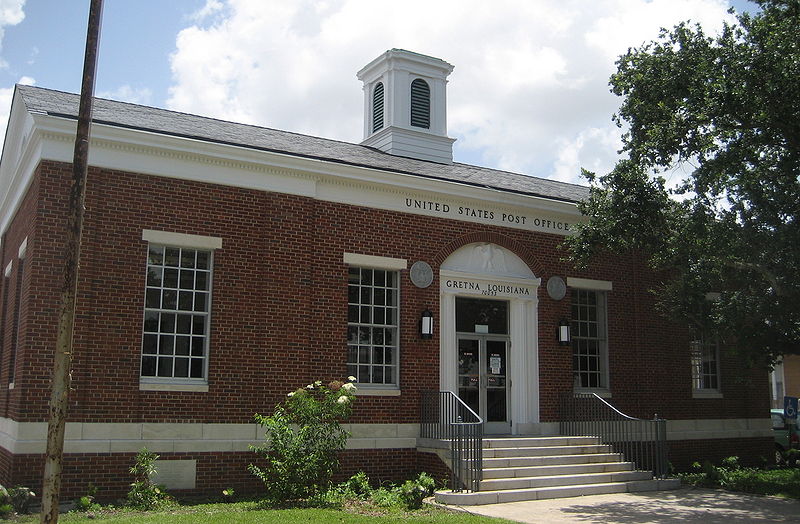 Now the Postal Service is picking up where it left off, and city officials are gearing up for another fight.  The Parish Council passed a resolution opposing a closure, and residents have been urged to share their views with the Postal Service.

Gretna saved the post office in 2003 and again in 2012.  It’s going to be tough winning round three.