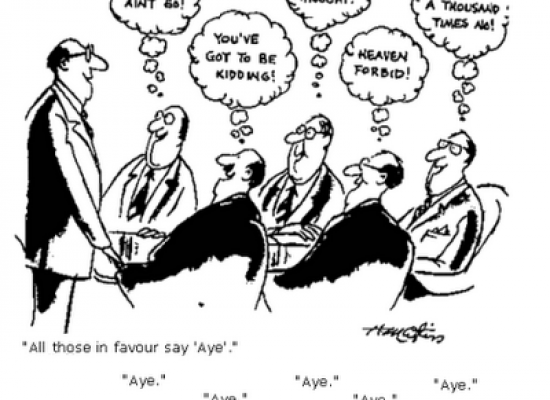 Over the past few days, Postal Service District Managers across the country have submitted “opinion” pieces to their local news media, and somehow they all stumbled upon the same words.  At least thirteen DMs have written one of these “opinions,” and they’re all the same, almost word for word.

The Postal Service pulled the same PR stunt a few months ago at Christmas time, when almost 30 DMs each “authored” the same opinion piece and letter to the editor for their regional news publications.  We’ll keep track to see how many weren’t embarrassed enough the first time around and were willing to do it again.

“America needs a financially stable postal service to best adapt to a changing marketplace and evolving mail needs,” begin the District Managers.  That’s why the Postal Service is proposing a “significant consolidation of its national network of mail processing facilities” — reducing the total number of facilities from 461 to a little more than 200 by the end of 2013.

From there on, the piece is all spin designed to exaggerate the Postal Service’s financial problems in order to justify the downsizing.  The piece points, for example, to declining mail volumes — 212 billion in 2006, 168 billion in 2011, and a projected 130 billion by 2020.  There’s no mention of the recession as the cause for most of the lost volume, and no explanation why the Postal Service has decided things will get even worse than the 150 billion that its consulting firm, Boston Consulting Group, projected for 2020.

“In just the past financial quarter,” the DMs go on to say, “the Postal Service lost $3.3 billion and is projecting steep losses for the remainder of the year.”  The DMs don’t mention that during the first quarter, the Postal Service actually showed a $200 million profit.  They don’t explain that the loss of $3.3 billion was due almost entirely to unnecessary payments to the retiree health care fund — a double payment, in fact, since the Postal Service skipped the payments last year.

The piece then says, “No one is to blame.  Times have just changed.”  As usual, it’s all about the Internet: Don’t blame us, say the District Managers, blame Facebook and Twitter.  Postal management would thus have us believe they didn’t see e-diversion coming and just got caught off guard.  We’ll see how that kind of excuse goes over with shareholders when the Postal Service is privatized.

“In spite of all this,” write the District Managers, “the demise of the Postal Service is greatly exaggerated.”  That’s strange to hear, since it’s the Postal Service that is doing most of the talking about its imminent demise if Congress doesn’t give it permission to dismantle itself.  The opponents of the downsizing are the ones trying to calm down the rhetoric and advise caution.  But it’s hard to get that message out there when the Postmaster General and his team are going around telling everyone how bad things are and feeding the media frenzy with shocking headlines about multi-billion dollars losses.

There’s one interesting note at the end of the “opinion” piece.  The District Managers say that there’s a moratorium on closings until May 15, “to give Congress and the Administration the opportunity to enact an alternative plan.”  Does that mean the Postal Service might not proceed with the post office closings and consolidations if Congress and the White House come up with something better?  Is the threat of post office closings and plant consolidations just a way of blackmailing our elected leaders?

One wonders how the editors at all of these news outlets would feel if they knew that the “opinion” piece they published was not written by someone in their area, but by an anonymous person in postal headquarters in Washington, DC.

Perhaps we should let them know.  If your local news source has published one of these pieces, why not write a letter to the editor responding to the argument in the piece and noting that it wasn’t even written by the person whose name appears on it?  Or just give the editors a phone call and let them know what’s up.

Here’s a list of the “opinion” pieces we’ve discovered so far, with the name of the District Manager whose name appears as the author of the piece.  If you come upon another, hit the contact link at the top and we’ll add it to the honor roll.