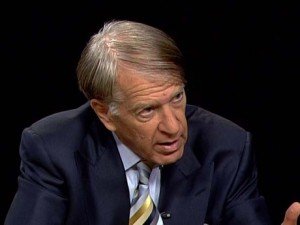 Back in October, the National Association of Letter Carriers (NALC) looked to Wall Street for advice and took on some “hired guns” — the “car czar” Ron Bloom and the legendary investment bank Lazard.  It was probably a smart move.  Bloom has had a very successful career as both an investment banker and union advocate, and Lazard is widely regarded as "the king" of bankruptcy and restructuring deals.

Not to be outmaneuvered, the Postal Service went looking for a gunslinger of its own, and it has apparently found its Gary Cooper (or Lee Van Cleef anyway) in the “tall, well dressed, charismatic and famously connected” figure of Roger Altman, co-founder of the Wall Street investment firm Evercore.  (He even rides horses.)

A couple of weeks ago, Bloomberg reported that the Postal Service had hired Evercore to “review and advise” the agency on "restructuring."  The news was widely reported, but the details were scant, so here's the rest of the story.

Altman is the ultimate wheeler-dealer.  Last year he made $6.5 million giving out advice and helping to make deals happen.  The Postal Service will probably be paying Evercore millions of dollars (the news reports don't say how much).  The big fee is not just for some savvy advice on restructuring the business model.   What Evercore brings to the table is influence.  As a profile in Fortune put it, Altman is "ultraconnected."  He may not even do any actual work on Postal Service issues or be directly involved in negotiations with Congress and the unions, but his name carries a lot of clout on Wall Street and in Washington, and in those circles, that means — and costs — plenty.

Altman has been shuttling back and forth between New York and DC for decades.  After college in Georgetown (he was a year behind Bill Clinton) and a business degree from the University of Chicago, he went to work at Lehman Brothers in 1974 and became a partner at age 28, the youngest in the firm’s history.  In 1977, he left Wall Street for Washington and became Assistant Secretary of the Treasury Department under Jimmy Carter. 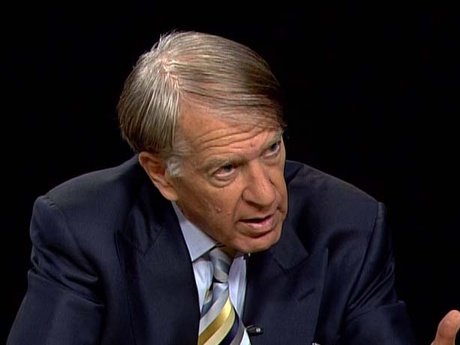 In 1980, when the federal government bailed out Lee Iacocca’s Chrysler with $1.5 billion in loan guarantees, Altman’s office in the Treasury was supposed to keep a close eye on where our tax dollars went, but when an employee working for him complained that Chrysler was being uncooperative about turning over the numbers, Altman fired the whistleblower.

Aside from the creditors and workers who were forced to make huge concessions (thousands lost their jobs), the Chrysler bailout worked out fine for Iacocca and Altman, and they apparently became lifelong pals.  When Carter lost to Reagan in 1980, Altman returned to Wall Street for another stint at Lehman Brothers, and he brought with him a new client, Chrysler.  (In the 2004 election, Iacocca would “dump Bush” for President and throw his support for John Kerry, whose campaign was being advised by Altman.)

In 1992, when Clinton became president, Altman returned to the Treasury Department, and there was talk he’d be the next Secretary of the Treasury, but two years later, Altman was gone, forced to resign following controversy over conflicts in his testimony to Congress concerning the Whitewater real estate investigation.

Back on Wall Street, Altman co-founded the investment firm Evercore in 1995 ("the name was intended to evoke the idea of everlasting core values").  The firm made millions structuring megadeals, like the CBS merger with Viacom and Pfizer's purchase of Wyeth.  But the bad economy made merger-and-acquisition deals harder to come by, so investment and banking firms like Lazard and Evercore started competing for “restructuring” business — helping companies get through Chapter 11 and other financial crises.  Last year, Lazard was the world's leader in this "growth industry," Blackstone was second, and Evercore was right up there at number three.

One of Evercore’s biggest restructuring jobs was helping GM go through bankruptcy.  In 2007, GM lost nearly $40 billion, and by June 2009, it had run up $173 billion in debt (makes the Postal Service's problems look small time, doesn't it?).  GM turned to Evercore for advice, and the firm worked with the Treasury Department to structure $66 billion in financing.

Guess who was sitting at the table for the GM negotiations?  Representing GM was the Evercore team, while the government’s auto task force was led by Ron Bloom and Steven Rattner (formerly of Lehman and Lazard), and advising the United Auto Workers was, you guessed it, Lazard.  The world of investment bankers looks to be pretty small. 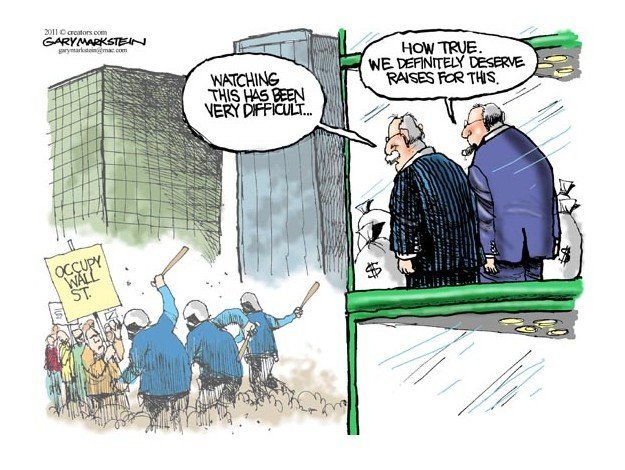 Somehow the advisers got everything worked out, and GM survived and even returned to profitability, but its pension fund remains underfunded by $17 billion and, as with the earlier Chrysler bailout, the deal came “on the backs of union worker concessions, buyouts and layoffs.”  About 22,000 workers lost their jobs.  (This nice graphic summarizes the GM story.)

Evercore’s “restructuring advice” to GM did not come cheap.  GM paid Evercore a mere $400,000 a month, but the fee structure apparently included a lot of extras, and in the end Evercore had been paid $46 million.  Even then it wasn't done, and Evercore asked for a “success bonus” of $18 million.  That was too much for creditors waiting in line for their share of what GM owed them, so in June 2009, they took Evercore to court to prevent it from receiving the bonus.  A bankruptcy trustee termed the fee "staggering" and "inordinately large" and said it "clearly exceeds the bounds of reasonableness" given that “Evercore had no success at finding a purchaser or funder for the Debtors.”

A year later, Altman wrote an op-ed piece for the New York Times attempting to refute the "anti-business" label being thrown at the Obama administration, and as an example of all the good Obama had done for the economy, Altman cited the president's "courageous decision" to put GM through bankruptcy.  The company is "coming back fast," wrote Altman, and "taxpayers are likely to recover the full value of their investment in the company."  Neither Altman nor the Times revealed that Evercore had made millions off the deal.

Evercore was in the news again a few days ago in connection with AT&T's proposed acquisition of T-Mobile.  That deal is on the verge of collapse, and AT&T may have to pay a whopping "breakup fee" of $4 billion.  A team of advisers has been working hard to make it happen because they only get paid if the deal is consummated.  On that team is Evercore, which stands to make $18 million to $36 million.  That's a lot of money for what may turn out to be some very bad advice.

Now, imagine you’re a fly on the wall in the conference room at L’Enfant Plaza (or maybe they’re meeting on neutral turf in the five-star Mandarin Oriental a few blocks away).  There’s the Postmaster General and a few of his top VPs (who may get paid more than Cabinet secretaries, but must feel like paupers compared to the bankers), with the Evercore team at their side.  On the other side of the table, there are the union guys with Bloom and the Lazard group.  Maybe someone from the Obama administration is there too, or perhaps that won't be necessary, since Altman and Bloom are both insiders already, and Bill Daley, the White House Chief of Staff, worked at Evercore for a while.

Besides checking out each other’s designer suits and thinking about what expensive DC restaurant they’re going to for lunch, they’re talking about how to save the Post Office — where to find $20 or $30 billion to deal with the USPS deficit, what might be done to bring in new revenue, what to do about the health and pension plans, what concessions the unions are willing to make, how many workers are going to lose their jobs, how to get the whole deal — if they can agree on one — through Congress.

Do they get into the nitty-gritty of the postal business?  Do they talk First-Class Mail and Standard Flats, the trouble with the damn FSS machines the Postal Service bought from Northrop Grumman, relaxing service standards and targeted "in-home delivery dates," Delivery Point Sequencing, the pittance it costs run a rural post office, the difference between a “post office” and a “station” and “branch,” the PRC’s Advisory Opinions on eliminating Saturday delivery, the exigent rate increase, the RAOI, and the AMP consolidation plan?

What do all those high-priced investment bankers know about any of this stuff? They can’t know more about the inner workings of the postal system than the leaders of the Postal Service and the unions, most of whom have worked for the Post Office their whole careers.  What are these advisers really getting paid for, anyway?

Maybe it’s like an ugly divorce.  Husband and wife know more about their marriage problems and personal finances than the lawyers, but they still need some outside help to get through the negotiations.  Unfortunately, this usually means that the assets the couple is fighting over are a lot smaller once the lawyers are paid.

Last night at a party, I met a retired New York City banker.  What do those investment firms do to earn those huge fees, I asked, and how can they give advice on postal business when they know nothing about it?  A consultant, he said, is someone who asks to borrow your watch and then tells you what time it is.

No one is saying how much Evercore and Lazard are being paid, but  it has to be many millions of dollars.  That's money that could have been spent on keeping post offices open and paying the salaries of postal workers.  Instead, the bankers will get richer, and postal patrons and workers will pick up the tab.  That’s too bad and it's ugly too, but what else is new?

(Photo credits: Showdown from "The Good, the Bad, and the Ugly"; Roger Altman; cartoon.)