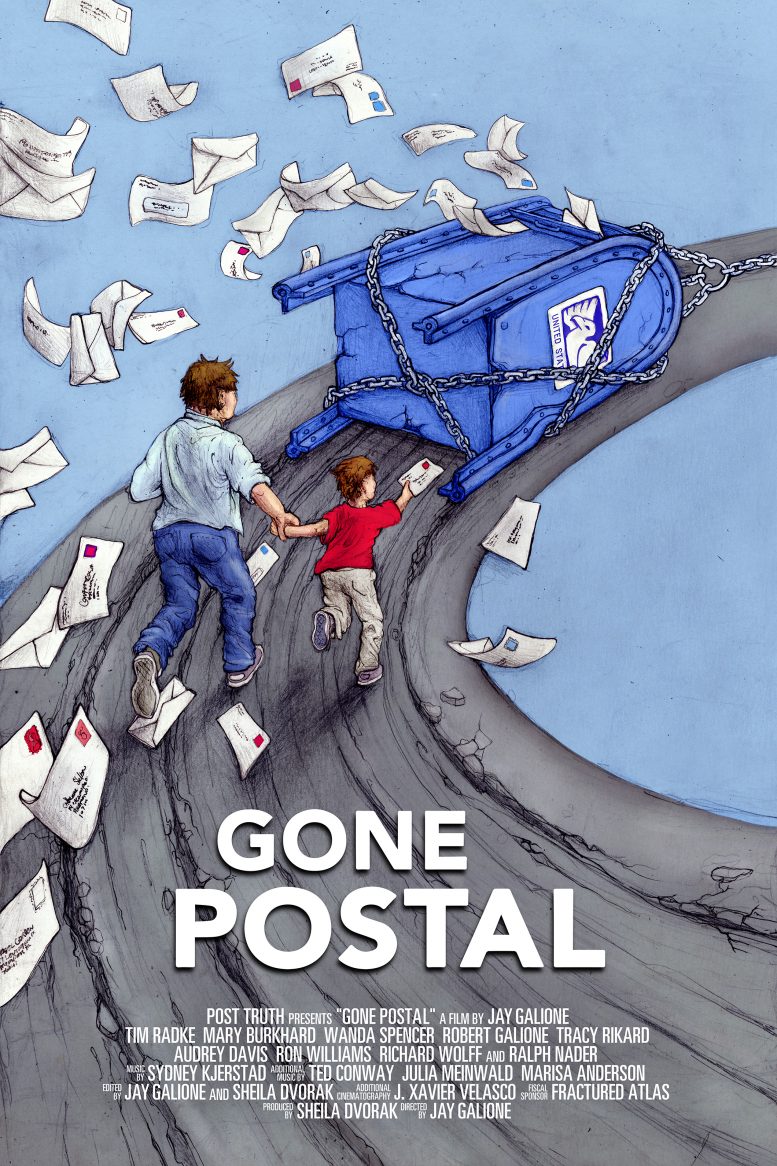 ROSENDALE, NY — In Gone Postal, Jay Galione, son of a postal worker, investigates the dark corners of the US Postal Service.  Across the country, brave employees stand up to injustice on the job and fight to Save the People’s Post Office. “I was inspired to begin work on the film,” says Jay, “after hearing my father’s stories of abusive and retaliatory treatment, and recalling the violent images on TV during the Going Postal phenomenon. I had no idea it would be such a huge undertaking.”

The cross-country film production spanned a decade, beginning in Maplewood, New Jersey and took filmmakers to San Diego, California; Gastonia, North Carolina; Washington D.C.; Orlando, Florida; Phoenix, Arizona and covers the movement to save the post office centered right here in the Hudson Valley. A moving indictment of the toxic culture and push to downsize, the eye-opening documentary allows viewers to hear from experts and advocates including Ralph Nader and Richard Wolff, and directly from the selfless and courageous people hidden behind the scenes, long suffering and ignored.

Rosendale-based filmmakers Jay Galione and Sheila Dvorak are kicking off distribution of their independent documentary, Gone Postal, with a screening at The Rosendale Theater on Tuesday, December 10, 2019 at 7:15 p.m.

Gone Postal premiered in October at the East Northeast Film Festival with screenings at Story Screen Cinemas in Beacon, N.Y. and the Downing Film Center in Newburgh, N.Y.

The filmmakers bring the Ulster County debut screening to the Rosendale Theater where they participated in the Artists New Work Forum in 2016, showing a portion of the completed film as a work in progress. That first public viewing allowed the film’s director, Jay Galione to hear reactions from the audience that encouraged him to continue investigating the economic and societal significance of the post office and complete the film. “It feels incredible to have the film ready to show the world,” says producer Sheila Dvorak.

Director Jay Galione edited feature film Mi America for HBO and produced and edited documentary content for other television networks. This is Jay’s directorial debut. Producer Sheila Dvorak’s previous film credits include independent feature films Children of Invention and Armless which premiered at the Sundance film Festival, and the documentary See What I’m Saying: The Deaf Entertainer’s Documentary which premiered at the Egyptian Theater in Los Angeles.