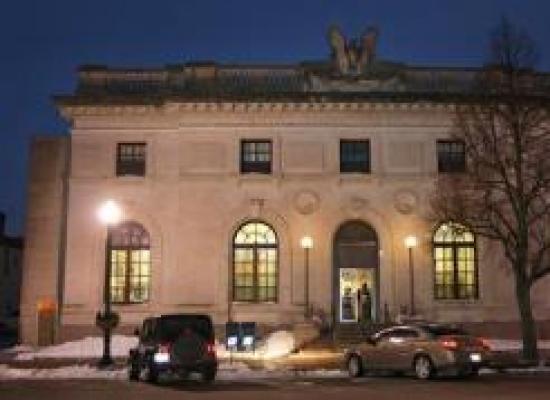 When journalists ask the Postal Service which post offices might be sold, they’re typically referred to the USPS-CBRE website, as if it represents a complete list.  But there are other post offices for sale, and a few of them are currently listed on the GSA auction site.

Today there are about a dozen USPS properties being sold by GSA.  According to postal official Peter Nowacki, nineteen properties, most of them east of the Mississippi, will be auctioned off through the GSA in the near future.

Three of those currently on the GSA auction block are historic buildings — Yankton, South Dakota; LaFollette, Tennessee; and Charleston, Illinois;.

The former Yankton post office at 335 Walnut Street was constructed in 1905, with an addition in the 1950’s. It is one of twenty landmark structures in downtown Yankton, and it’s on the National Register of Historic Places. 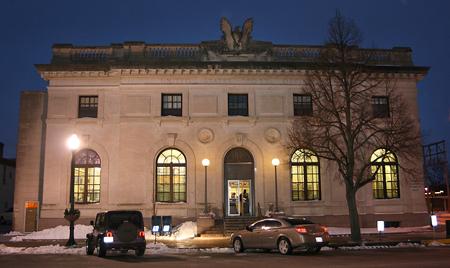 The Postal Service closed the post office in January 2012, and postal operations were consolidated into an annex, two miles from the downtown location of the old post office.  The Postal Service never did a discontinuance study on Yankton because it considered the closure a “relocation.”

The new post office in the annex has been a hardship for a lot of customers and an added expense for many small businesses, including Yankton Media, which used to be able to walk next door to the post office and now must send someone on a time-consuming errand.

According to the Invitation for Bids, the building comes with a Historic Preservation Covenant agreed to by the Postal Service and the South Dakota State Historic Preservation Officer.  The covenant requires the new owner to get permission from the SHPO before doing any construction, alteration, and remodeling.

That may be putting a damper on the sale.  When the building was initially listed on the USPS-CBRE website, the asking price was $395,000 (it’s no longer on the site since the sale is now the GSA’s problem).  The starting bid is now $75,000.

According to the Knox Heritage website, the building “had been well maintained until it was vacated by the USPS.”  Apparently the lobby still has the original post office boxes.  There was also a mural in the post office, “On the shores of the Lake," by Dahlov Ipcar (1939). No word on if it's still there or somewhere else. 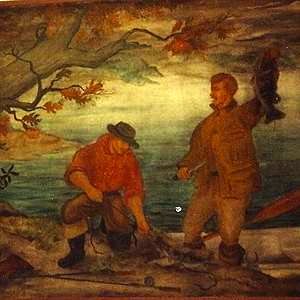 For a while, there was talk that the City of LaFollette might acquire the old post office for use by the Campbell County Historical Society, but it doesn’t like that worked out.

Since it’s a historic property, the sale will trigger a NHPA Section 106 review, which could place restrictive preservation covenants to protect the integrity of the building.  That may be one reason why it’s been hard to find a buyer.

The post office was initially listed for $435,000, but no reasonable offer was made for two years, so the contract expired, and now the GSA will take care of the sale.  The GSA listing information indicates that the bidding ends on August 8, and the starting bid is $20,000.

The post office in Charleston was built in 1917, so it is eligible for the National Register of Historic Places.  It closed sometime over the past couple of years, and now the people in Charleston need to travel about ten miles to the nearest post office in Ashmore.  (Correction: Turns out the post office was relocated to the carrier annex, which is within the city limits but about a mile from downtown and out of the mainstream of life in Charleston.  As is often the case with relocationss, the annex-turned-post-office is on the outskirts of town — convenient for the letter carriers but not for many residents.) 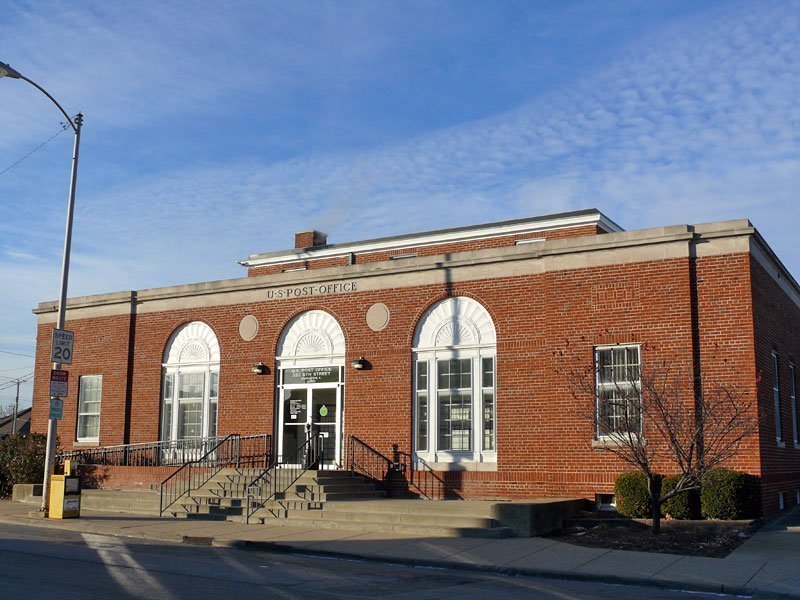 The Postal Service and the Illinois State Historical Society signed a Memorandum of Agreement acknowledging that the sale will have an “adverse effect” under Section 106 of the NHPA.  The agreement includes a detailed covenant that requires permission of the Illinois Historic Preservation Office for construction and renovations.  It also indicates that the Postal Service will ensure that the terrazzo floor tile in the entry way and the spiral staircase leading to the attic will be preserved.

The Memorandum may not be enough to save the historic post office.  It has been identified as an "imperiled building" by Landmarks Illinois because the preservation covenant has a two-year limit.  The agreement says that if the building has not sold within 24 months, the Postal Service, with the written agreement of the SHPO, “may sell the building without a covenant or may demolish the building and sell the property as a vacant lot.”

As a result, says Landmark Illinois, "the Charleston Historic Preservation Commission is concerned that the two-year preservation covenant on the building will expire before a preservation-minded buyer is found."

The Memorandum was signed in March 2012, but It’s not clear when that 24-month clock may have begun.  Hopefully, the GSA will find a buyer and avoid the threat of demolition.  The GSA listing says the starting bid is $50,000.