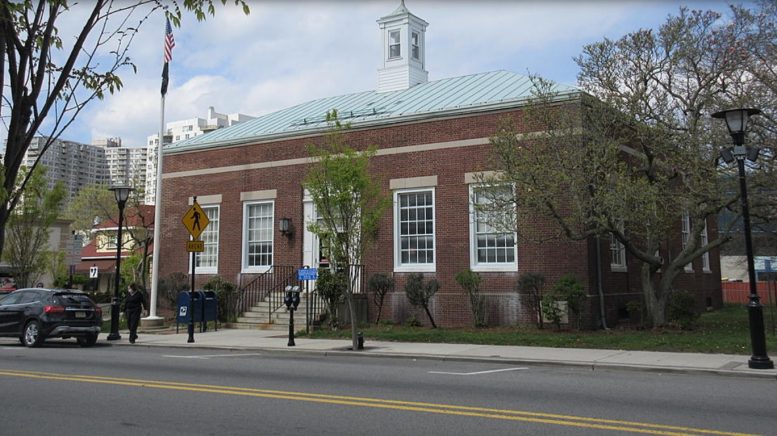 nj1015.com: The Fort Lee Post Office was constructed as a part of the New Deal program in 1938. Like many federal projects of that era, it was designed in the colonial revival style, honoring the architecture of the nation’s founding. The building also boasts four large-scale murals by Henry Schnakenberg depicting the city’s history, installed in 1941 as part of the New Deal. 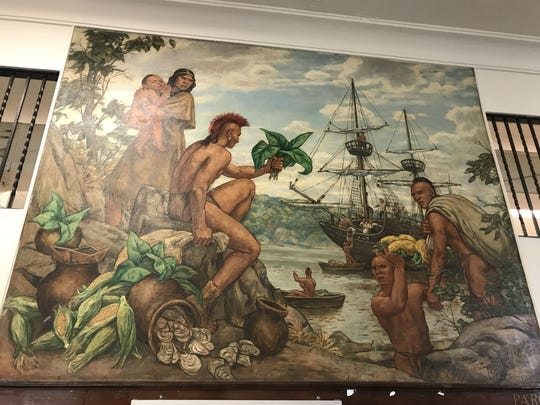 “Indians trading with the Half Moon” (1941) by Henry Schakenberg (Photo: Michael W. Curley)

Today the building stands as a reminder of Fort Lee’s roots, but it also faces the threat of demolition. As part of the city’s redevelopment efforts, the U.S. Postal Service agreed to relocate to a new facility. The city then plans to demolish the building and replace it with a passive park.

Many post office buildings have been successfully adaptively reused as offices, restaurants, and cultural or community spaces. Advocates believe The city should rethink the redevelopment plan to incorporate the post office intact.