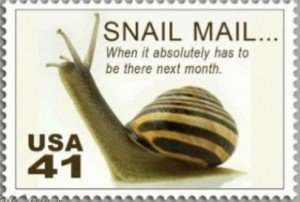 When Airmail was abolished in 1977, the Postal Service promised America, "All First-Class mail is going to fly." When Third-Class mail was changed to Single-Piece Standard in 1996 and then abolished as a separate category, USPS said it would "all go First Class." Now First-Class Mail is going to have yet another day added to its service standard?

When I was hired by the Post Office Department in 1966, trains hauled mail. First-Class Mail was delivered overnight between Seattle, Portland and Spokane. After the trains were replaced by trucks, it took two days. Now, it will be THREE days? First-Class Mail is becoming like Standard Mail. People will be forced to pay for Priority Mail or Express Mail if they want one or two day delivery. This is really a price increase, and the USPS didn’t have to go to the Postal Regulatory Commission to get it approved. 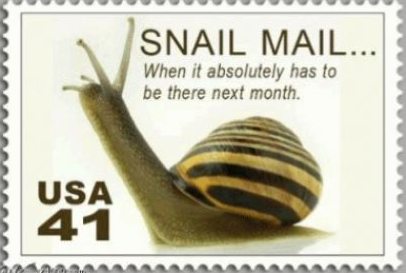 United Parcel Service, founded in Seattle, delivers its cheapest ground parcels from Seattle to most locations in Oregon and Washington over night.  I've often wondered how they do it.  (See the UPS transit-time map above.)

Special treatment for daily and weekly newspapers has existed since Ben Franklin was Postmaster General. This year, without fanfare, daily and weekly periodicals had their preferential handling abolished.

This will hurt the survival of most newspapers since "news" is obviously time sensitive.

Mail forwarding has been greatly centralized.  The Seattle post office does the mail forwarding for most post offices in Oregon, Washington and Idaho.  According to a USPS spokesperson in Oregon, "forwarded mail can take as many as 20 business days to catch up with its recipient." This is progress? People's mail, like bills and checks, is important. Their payments are likely to be late when they move.

When the National Postal Museum, part of the Smithsonian Institution, opened in 1993, I knew the U.S. Postal Service's days were numbered. They make museums for DEAD things.

Check out the the report by the USPS OIG "Cost of Service Standards" for more information about what's going on and what's at stake.  (The pdf is here.)