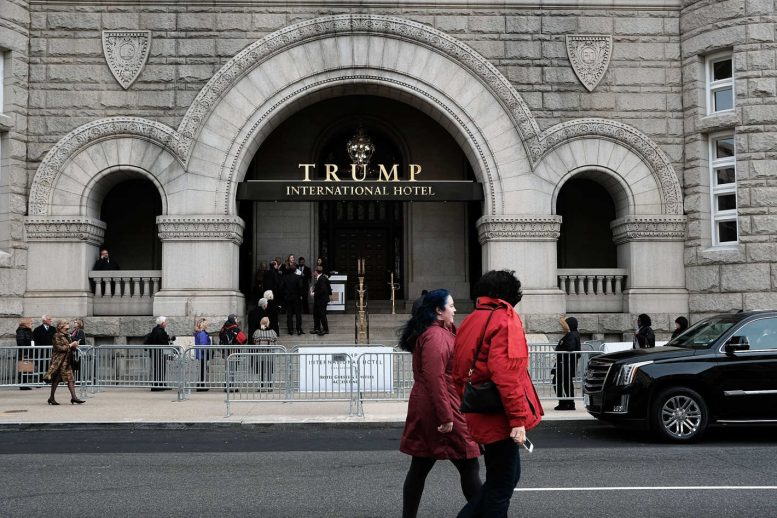 Politico: The government agency serving as a landlord for the Trump hotel that sits on federal property in downtown Washington has approved an arrangement where President Donald Trump will maintain a financial interest in the project but agree not to receive any profits or other funds while he serves as president.

The General Services Administration concluded that Trump’s pledge not to take money from the Old Post Office project resolves concerns that language in the lease declares that no government employee should be permitted to benefit from the lease.

“What this accomplishes is that the funds generated by the hotel will not flow to the President through DJT Holdings LLC,” contracting officer Kevin Terry wrote in a letter dated Thursday. “Based on my review of the Lease, discussions with Tenant, and documents submitted by Tenant, I have determined that Tenant is in full compliance” with the provision prohibiting benefits to government employees, Terry added.  Read more.