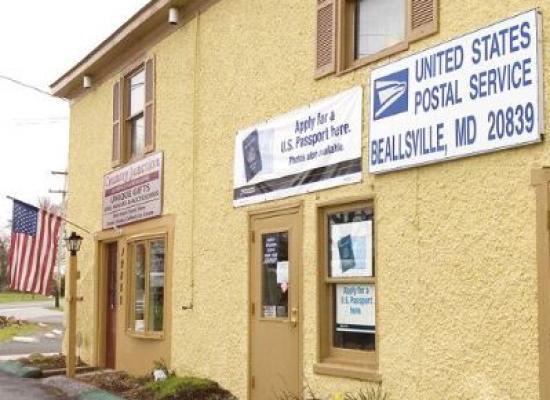 According to its Annual Compliance Reports to the Postal Regulatory Commission, the Postal Service did not discontinue a single post office in FY 2014 and FY 2015.  Thanks to public protest and pressure from Congress, there appears to be an unofficial moratorium on post office closures.  If Senator Carper’s IPOST bill becomes law, this moratorium will become official and no post office will be closed for five years.

In the meantime, though, post offices continue to be closed, but not as discontinuances.  They're called emergency suspensions.  Though they are supposed to be temporary, many suspensions go on for years, so the number of suspensions keeps adding up.

A couple of weeks ago, as part of the PRC’s Annual Compliance Determination review, the Postal Service provided some data on these emergency suspensions, along with a list of the post offices under suspension at the end of FY 2015.  A table summarizing the numbers is here, and a list of the suspensions is here.

When the Postal Service filed its 2015 compliance report in December, it said that 76 post offices, stations, and branches had been suspended during FY 2015.  In response to a Chairman's Information Request, the Postal Service revised the total to 113.  That’s compared to 85 in FY 2014 and 161 in FY 2013.

In last year's Annual Compliance Determination, the Commission expressed concern that the number of post office suspensions was increasing, not decreasing.  That continues to be the case.  At the beginning of FY 2015, there were 518 offices under suspension; by the end of the fiscal year, there were almost 600.  Many of them were implemented several years ago.

According to USPS Handbook PO-101, Postal Service-Operated Retail Facilities Discontinuance Guide, an emergency suspension may be justified by several circumstances, including a natural disaster, lack of qualified personnel, severe or irreparable damage to the building, and termination of a lease.

As the table shows, lease issues are the most frequent reason for suspending a post office.  In FY 2014, about 44 post offices were closed due to lease terminations, and 36 more were suspended in FY 2015 for the same cause.

The list of suspensions provided by the Postal Service does not explain the nature of these lease issues.  Instead, it says only things like “Lease expiration,” “lease termination” and “Lessor cancelled Lease.”  It’s hard to know from these phrases what exactly happened.

In some cases, the suspension occurred because the lessor had other plans for the property and simply informed the Postal Service that they would be terminating the lease.  In other cases, there may have been a disagreement over the terms of the lease.

Closing post offices this way violates the Postal Service's own policies.  Regarding lease issues, the Discontinuance Guide says a suspension may be justified by “termination of a lease or rental agreement when suitable alternate quarters are not available in the community, especially when the termination is sudden or unexpected.”

Yet the practice continues.  Just the other day we got a note from a lessor saying that they had been informed by the Postal Service that it did not plan to renew the lease when it expired.  There was no dispute about the terms of the lease — the Postal Service was not even interested in negotiating.  The lessor was simply told, “we’re not renewing.”

After an emergency suspension is declared, the Postal Service is supposed to either solve the problem that led to the suspension and reopen the post office or proceed to a discontinuance study to close the post office permanently.  According to Handbook PO-101, “a decision should be made within 90 days of an emergency suspension to secure alternate quarters, take necessary corrective action, or initiate a feasibility study.”

In some cases, however, the Postal Service has not found a new location, taken corrective action, or initiated a discontinuance feasibility study.  It has simply left the post offices in a suspended state.

When an emergency suspension goes on for more than a few months, particularly when it goes on for years, it's not a suspension anymore.  It's a de facto discontinuance.  But the Postal Service has not gone through a discontinuance procedure and everything that the regulations require — a community meeting, a public comment period, an opportunity to appeal to the PRC, and so on.

The problem of long-standing suspensions is often mentioned in the PRC’s compliance reports.  In last year’s report, the Commission summarized the suspension data and then said this: “The Commission has previously recommended that the Postal Service proceed expeditiously in either discontinuing offices under suspension or reopening them.  It reiterates that recommendation in this proceeding.”

In the compliance report for 2015, the Commission will probably reiterate the recommendation yet again, probably with as much effect as previous recommendations.