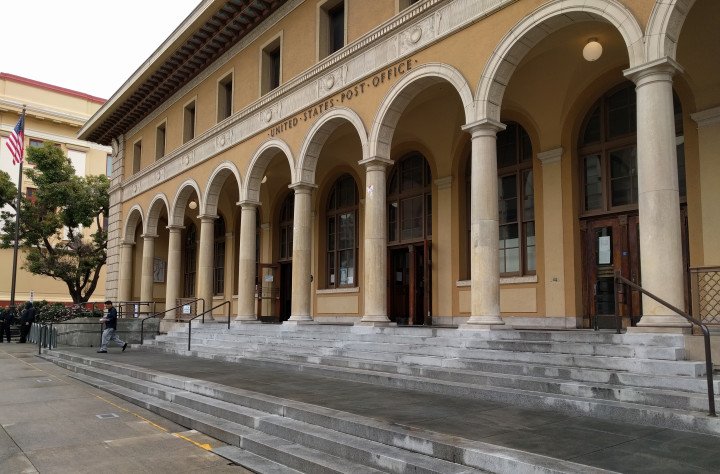 Berkeleyside: In a strongly worded letter, the U.S. Department of Justice has warned the city of Berkeley that a lawsuit could be coming over the city’s “interference” with USPS plans to sell its downtown post office on Allston Way. The DOJ’s Civil Division sent the letter — stamped April 28 — to Mayor Tom Bates, and asked for a response by May 20 if the city hopes to resolve the issue without litigation.

According to the letter, from Director Joseph Hunt of the Federal Programs Branch of the Civil Division, the city’s downtown historic overlay is the issue. The overlay restricts a nine-parcel section of the downtown to civic, non-profit uses. The main Berkeley post office, at 2000 Allston Way, falls within those boundaries.

“In purporting to restrict the Berkeley Post Office parcel… to such civic or nonprofit uses, the Ordinance prohibits any commercially viable uses for the Property,” Hunt writes.  Read more.