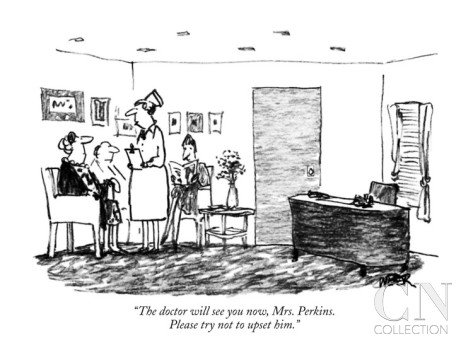 The Postal Service has replaced the Voice of the Employee (VOE) survey with a new one called Postal Pulse.  The survey is being administered by Gallup from March 16 to April 3.

You can see the old VOE survey here, and the new Postal Pulse here.

The Postal Service hasn’t said much publicly about why it decided to discontinue the VOE and develop the Pulse.  A press release simply says the Postal Service “aims to improve postal workplaces by better engaging employees and leveraging their ideas and feedback.”

The VOE survey did the same thing, so that’s not saying much.  The press release also quotes Chief Human Resources Officer Jeff Williamson saying this:

“As Postmaster General Brennan says, our employees are the bedrock of our success, and their ideas and insights are crucial to our future.  Through the Postal Pulse program, we’ll work together to strengthen our workplaces and continue moving our organization forward.”

That’s a worthy sentiment, but again, it doesn’t really explain what was wrong with the VOE and how the Pulse will do a better job getting feedback from employees.

An internal USPS announcement says that VOE has been “retired” and “the new process will help collect employee views about the work place and be used as a tool to help improve the work environment over time.”  But this too does not explain why the Pulse will achieve these goals better than the VOE.

One interesting change is that the VOE initially surveyed only career employees, while Postal Pulse, says the announcement, “will survey everyone, career and noncareer.”

That probably a good thing, considering that the USPS workforce, as noted in the February 2015 financial report, now consists of 490,291 career employees and 131,078 non-career.  Why leave out over 21 percent of the workforce, especially when many of them are CCAs working on Sunday for Amazon and delivering Amazon Fresh in the early morning hours (as seen in this video).  Management surely wants to hear what they have to say.

Postmaster General Megan Brennan also discussed Postal Pulse in her latest “Business Focus” video, released yesterday.  “I urge you to take the survey so we can better help you do the best job possible,” said the PMG.  Individual responses aren’t shared with managers or supervisors, she added. “They’re confidential. You have my commitment on that point.”

The APWU, which didn’t like the VOE, has criticized the Pulse and encouraged its members not to complete the survey.  The union believes that these surveys can be used against workers during contract negotiations.

As an APWU article about the Pulse notes, management first cited employee survey data during bargaining in the 1990s, and the APWU National Executive Board adopted a resolution opposing such surveys.

APWU Vice President Debby Szeredy tells members,  “Remember, management cannot force you to complete the survey.  It’s addressed to you.  I suggest you throw it away and/or notify your steward.”

AWPU President Mark Dimondstein was disturbed about the fact that management told employees about the new survey on February 19, the opening day of contract talks. He called the timing “insidious.”

The APWU has filed an Unfair Labor Practice charge with the National Labor Relations Board protesting management’s claim in this USPS announcement that the APWU, along with other unions and management associations, supports the goals of the program.

Despite all the controversy, the questions in the Postal Pulse seem fairly innocuous.  They’re mostly about how employees feel about whether their contributions are valued by others and whether they’re getting the kind of support they need.  It’s not obvious how the answers to such questions might be used against unions in contract negotiations.  But the APWU probably believes that there’s no reason to provide management with anything it could use as leverage.

As one compares the VOE survey with Postal Pulse, it’s not hard to see why the APWU would be suspicious.  The changes in the survey don’t reflect very well on management’s intentions.

First of all, the shift in metaphor from “voice” to “pulse” is telling.  The name “Voice of the Employee” suggests that management is listening to the concerns, experiences, and views of workers.  With “Postal Pulse,” management casts itself in the role of a doctor and puts employees in the role of patient.

After the change in names, the first thing one notices in comparing the two surveys is that the Pulse is a lot shorter.  The VOE had 35 questions.  The Pulse has just 13.

As a USPS press release states, the Pulse has “streamlined” the questions so as to “yield better data that supervisors and managers can use to put employees’ feedback into action.”

In an article about the PMG’s video message yesterday, the Postal Service says, “The Postal Pulse features shorter questions that will allow USPS to better leverage employees’ feedback.”

It’s not clear why fewer or shorter questions will yield better data, and it’s disturbing to see all that Postal Pulse leaves out.  There were a host of questions in the VOE that addressed some serious workplace issues like diversity and safety, none of which appears in the Pulse.

The Pulse questions have a touchy-feely quality.  They’re about self-esteem issues, personal growth, getting respect, realizing your potential.  As the USPS announcement puts it, “The goal of the survey is to create a workplace that ensures teams and individuals are engaged and work to their fullest potential.”  One can imagine the sort of sensitive, New Age conversations the survey is supposed to elicit.

What the Pulse leaves out

Postal Pulse trivializes the project of getting real feedback from workers and squanders an opportunity for management to learn something about hardcore workplace issues.  Many of these issues were covered by the VOE, but the Pulse doesn’t even touch on them.

For example, the Pulse doesn’t have any questions about the extent to which the Postal Service values diversity in the workplace, or about whether workers feel they’re being discriminated against based on race or gender, or whether they have been sexually harassed.  There were several such questions in the VOE.

The Pulse also doesn’t have any questions about workplace safety.  There are no questions — as there were in the VOE — about physical working conditions, job safety, and efforts by the Postal Service to prevent accidents and injuries.  There are also no longer questions about the sanctity of the mail and security of the workplace, like limiting access to the building.

The VOE had two sets of questions about supervisors.  Employees could rate their supervisors for being a good listener, managing people, treating workers with respect, for thanking you for your work, for addressing unsafe conditions, and so on.

The only reference to supervisors in the Pulse is a question about whether your supervisor — “or someone else at work” — treats you with respect.  If you answer yes, it could be interpreted to mean that your supervisor is respectful, even though you were referring to someone else.

Customers don’t figure into the new survey either.  The VOE had a question about the quality of services provided to customers.  That’s not in the Pulse.

The VOE survey asked about how well union and management are working together.  That’s not in the Pulse either.

Overall, whatever problems employees and the unions had with the VOE, it was obviously a much more thorough survey than the Pulse.  In comparing the two surveys, one is left wondering why topics like diversity, harassment, workplace safety, the security of the mail, supervisor performance, and so on, have been omitted from the new Pulse.

If the “ideas and insights” of postal employees are “crucial” to the future of the Postal Service, the new Postal Pulse has a strange way of showing how much management cares.

Related post: Postal workers give management a vote of “No Confidence” on VOE survey, but who’s listening?