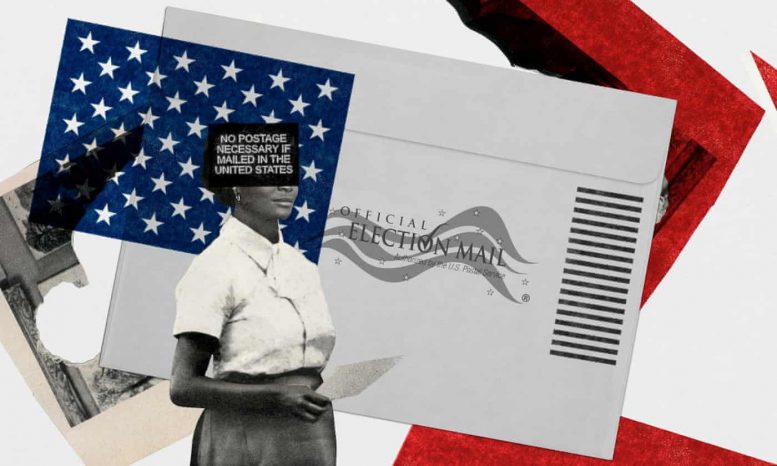 Jake Bittle, The Guardian: Even before the coronavirus pandemic, the United States post office had been atrophying from financial turmoil. Over the past decade, post offices have been closed across the country, rural mail delivery is stretched thin, and thousands of post office workers have been laid off.

The outgoing postmaster general recently warned that without immediate support the agency could run out of funds within the year, and in that case might need to shut down.

Yet it has faced outright hostility from Donald Trump, who has repeatedly criticized its business agreement with Amazon, which allows the e-commerce giant to deliver its packages at a discounted rate. Trump has promised to block aid for the agency unless it quadruples its prices for package shipping, which could cause the company to take its business elsewhere….

Meanwhile, Trump has secured almost total control of USPS leadership. Last month he appointed a Republican fundraiser, Louis DeJoy, to replace the outgoing postmaster general, Megan Brennan, and the following weeks saw resignations by the last two senior members of the USPS governing board, one of whom had overseen the management of mail-in voting, which Trump falsely attributes to the risk of voter fraud.

The leadership of the Postal Service will soon consist entirely of Trump appointees, and the appointees seem willing to give in to Trump’s demands: the board of governors announced in late May that it would review its package delivery agreements with Amazon.

Steve Hutkins, a professor at New York University who runs the blog Save the Post Office, said the consequences of Trump’s takeover could go far beyond Amazon. Hutkins said he was concerned DeJoy would implement proposals from a 2018 Trump administration report, which suggested the USPS should end Saturday delivery, close more stations and reconsider delivering to remote areas. That would affect November’s election.

“If [DeJoy] were to do anything like reduce the frequency of delivery, change mail processing standards to slow down delivery times, and begin mass closings of post offices, then we could easily be in for significant problems at election time,” he said. “There’s no need to do these things even in good times. They would be disastrous at a time like this.”  Read more.