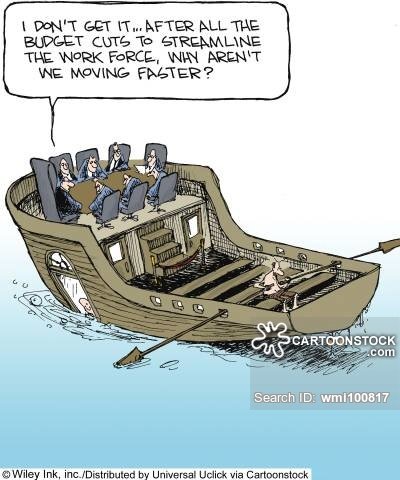 On the first Friday of each month, economists, policymakers, and professionals in the finance industry wait for the Bureau of Labor Statistics to release the current jobs report.  The BLS report, which quantifies unemployment in the U.S., is widely seen as one of the primary economic indicators.  While some folks may judge the health of the economy in the wake of a recession by how quickly stock markets return to previous highs or by increases in corporate profits, those hit hardest by downturns are the unemployed, and they judge economic recovery by the availability of jobs.

As this paper from Brookings Institute discusses, the recoveries from the last three recessions have been largely jobless, that is, the economy did not start producing new jobs even as stock markets and corporate profits rebounded.  The unemployment rate coming out of the current recession has dropped slowly, although a large part of that drop has been due to people leaving the labor force in frustration over not only the lack of jobs but also the lack of good jobs.

Pulling numbers out of the HAT

Just as the BLS regularly releases statistics relating to unemployment, the Postal Service regularly releases data showing its level of employment.  Two reports, HAT and ORPES, show the numbers of current employees in various categories.  The two reports don’t perfectly correspond, but together they give a sense of the direction in postal employment.

There are other sources of data for postal employment.  The Postal Service’s website has a chart that gives a snapshot of revenues, volumes, and employment from 2003-2012.  This chart shows the numbers of postal employees going back to 1926. Finally, this report from the Congressional Research Service discusses the postal workforce and the trends and changes in it since 1990.

Since 2000, the Postal Service has shed 300,000 career jobs — a drop of almost 40 percent.  The Postal Service eliminated 37,400 jobs in fiscal 2013 alone.  And it’s not going to get any better.  Over the next few years, postal jobs are going to keep disappearing — at a faster rate than in any other sector of the labor force.  According to the Occupational Outlooks Handbook just put out by the Bureau of Labor and Statistics, by 2022 the number of clerks, mail processing workers, and letter carriers will decline another 28 percent — 139,000 more jobs gone.

Many folks looking at the trends in postal employment would likely say that things are headed in the right direction.  At every Congressional hearing, one of the main topics is how to decrease postal employment.  The Senate’s most recent hearing was titled “Outside the Box: Reforming and Renewing the Postal Service – Promoting a 21st Century Workforce.”  Certainly anyone with any familiarity with our economy understands that a 21st Century workforce stands for lower pay, reduced benefits, and less secure employment.  That has been the trend in our economy for the last thirty years, and it is one of the primary explanations for our growing inequality and an economy that has been stagnant for all but the top 1%.

The Postal Service is, we are repeatedly told, a dying institution that needs to downsize and rightsize in response to technologies like the Internet and e-mail.  There’s no question that the Postal Service faces considerable challenges — challenges that were exacerbated terribly by the Great Recession — but the response has been to double down on the kinds of policies that have caused the stagnation in the economy.  It’s likely that technology — both electronic diversion and automation — was going to have some negative impact on postal employment, but even prior to the Great Recession it was the stated goal of postal management to reduce the employee complement and to turn the remaining jobs into noncareer part-time positions to the greatest extent possible.

Economists Dean Baker and Jared Bernstein have a new book out, Getting Back to Full Employment: A Better Bargain for Working People, in which they discuss the importance of full employment in driving our economy.  The last thirty years have brought increasing pain to average Americans, as labor received a decreasing share of the economic pie.  The policies of downsizing and layoffs have brought us to a precipice.  It’s time we began to think and act differently.

The Postal Service as a jobs program

Critics of the Postal Service and labor unions, as well as some commercial mailers, like to say that the post office is a “jobs program” — there are too many workers for the amount of mail being delivered, and they’re way overpaid.  that’s not true on either count.  Carriers are working well past dark to deliver the mail, lines are too long at post office because there aren’t enough clerks, and the OIG found in this report released on January 21st that the Postal Service was less prepared to handle increasing package volumes because of low staffing levels.  As for being “overpaid,” the wages of postal workers are comparable to those in the industry, as Title 39 specifies they should be.  And given the race to the bottom that American employers have engaged in with respect to wages and benefits, shouldn’t we be trying emulate good wages and benefits rather than disparage them?

So, the response to the charge that the post office has been a jobs program ought to be that it’s been a damn effective program that has brought value to both individuals and our economy.  A job at the post office has been a great boon to hundreds of thousands of Americans, especially veterans, women, people of color, the disabled, and people at the bottom of the economic ladder.  Postal employment has been a way into the middle class, something that underscores one of the principles we supposedly hold dear, equality of opportunity and social mobility.

I’ve written before about the positive consequences of postal employment, about how many of the women I worked with early in my career were only a generation removed from their roots as tenant farmers in the South and how their employment with the post office allowed them to send their children to college.  Those women and their families benefited from their work at the post office, but so did the rest of society.  A cycle of poverty was broken, and the money those folks made came back through the community in purchases and taxes.

Veterans are great beneficiaries of postal jobs as well. For example, take John Buckley, a letter carrier I used to know.  He was a true American hero.  He served in the Navy in WWII, Korea, and Viet Nam, first in UDT – underwater demolition – and then in the Seals.  When he retired he began a second life as a mail carrier.  Buck was profane in speech, a true sailor, and yet as profound as any man I’ve known, profound in his honor, his service, and his work ethic.  He was a damn fine mail carrier, a great man, and a true friend. The Postal Service gave him a meaningful career and a nice living after his service.

When Senator Carper talks about reducing the postal workforce in a humane way, I wonder what he could possibly mean.  He sounds like a lot of the well-placed folks who cry crocodile tears over the futures of our children and grandchildren and the burden of debt we’re supposedly leaving them.  Much of that speaks to some very stilted and warped economics that is being used as an excuse to undermine basic institutions like Social Security and yes, the Postal Service.  How does removing the safety net help future generations?  How does it serve future generations to remove good sources of employment? What do you say to this generation’s John Buckley who served bravely in Iraq or Afghanistan and now can’t find a job?

There’s no question that postal employment was going to drop as a result of declining mail volumes and changing technologies.  There is also no question that the leadership of the Postal Service and many in Congress have seen eliminating postal employment as a priority.  Rather than eliminating postal jobs through a rate system that transforms postal revenues into corporate profits, why couldn’t we find ways to repurpose the capacities of the postal network?  Instead of pursuing a course that sacrifices people, why couldn’t we put our imagination and our efforts into getting more out of the postal infrastructure?  Why can’t we find ways to value the social and public goods embodied in the postal network?

Last year various news outlets reported that the Postal Service had hired a “futurist” named Faith Popcorn to help them discover new, profitable markets.  One of the things Ms. Popcorn was exploring was a way to monetize the relationships mail carriers have with their customers.  We’ve all read stories about mail carriers who check in on their elderly customers or provide all sorts of basic community services.  Rather than paying a consultant $1.5 million to figure out a way to make money out of basic human decency, we ought to be figuring out ways to celebrate and save an institution that brings those sorts of qualities into our communities.

Look, I understand that the economics have to work, but we’ve become an angry and cynical nation that focuses on the bottom line to the exclusion of all else.  The sad thing is that in the end that kind of focus isn’t very economically efficient.  The cynicism that brought us the financial crisis resulted in a great deal of misplaced anger that pits folks that ought to have common interests against each other while a small percentage at the top of the ladder reaps all the rewards.

The problems the Postal Service faces are largely self-inflicted, a lack of vision combined with misguided policy. Any solution that exacerbates those failures, any solution that results in the elimination of opportunity, that results in half a million fewer jobs, can hardly be called successful.  Let’s make sure that the bottom line isn’t merely a rope by which we hang ourselves.

[Mark Jamison is a retired postmaster for the US Postal Service.  He can be reached at Mij455@gmail.com.]