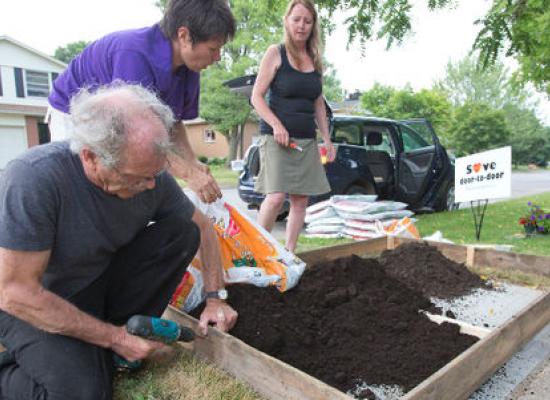 Yesterday’s election in Canada may mean the end for Canada Post’s plans to convert five million addresses from door-to-door delivery to cluster boxes.

After a decade in power, the Conservatives were routed in a landslide by Justin Trudeau and the Liberal Party.  The Liberals had previously vowed to end the conversions and to conduct a thorough review of Canada Post.  On their website, the Liberals say this:

“We will stop the Harper Conservatives’ plan to end door-to-door mail delivery in Canada. We will begin a new review of Canada Post to ensure that the Crown Corporation is fulfilling its public mandate to provide high-quality service at a reasonable cost to Canadians — urban, suburban, and rural.  We disagree strongly with the Conservative decision to ask Canadians to pay more for a reduced quality of service.”

It doesn’t look like Canada Post has gotten all that far in the conversion to cluster boxes, known euphemistically in Canada as Community Mailboxes and Super Mailboxes.  According to a March 2015 progress report, about 100,000 addresses were converted in 2014, and the goal was 900,000 more in 2015.

Even if Canada Post were to achieve that goal, which seems very optimistic, it would mean only about 20 percent of the total conversions would have taken place.  There will be four million more to go.

It’s been clear to the leaders of Canada Post that a Liberal victory in the election could spell trouble for its cost-cutting plans.  One news report even suggested that Canada Post was trying to get as many community mailboxes installed before the election as possible, as suggested by the fact that October 19 — the day of the election — was the target date for another round of conversions.   Canada Post said, however, that the scheduling was purely coincidental.

Canadians have not been happy about the conversions, and the issue probably played a role in the election. The protests have taken many forms. 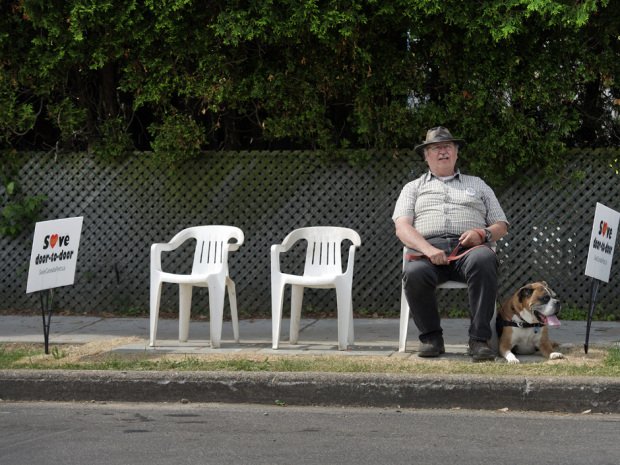 In London, a city in Ontario, an internationally renowned visual artist and activist named Rob Benner has been creating garden-art installations on top of the concrete pads that Canada Post had laid for the mailboxes.  He calls it an act of “guerrilla gardening.”

In Hamilton residents occupied one site for several weeks this summer to stop a community mailbox from being installed.  They set up a tent, camped out, sat on lawn chairs, parked cars to block off the area, and held a mini-block-party.

Apparently that’s not unusual.  According to CBC News, Canada Post has admitted that “fully 30 per cent of the mailboxes are eventually moved from their original planned locations, based on feedback from the residents and municipalities.” 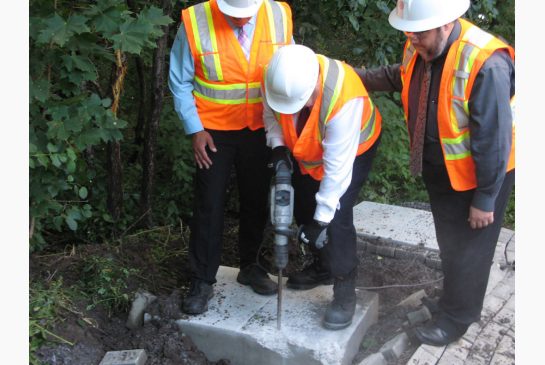 In Montreal, back in August, Mayor Denis Coderre took a jackhammer to a community mailbox under construction near a Montreal park, a location he claimed had been selected “without any consultation” with city officials.  Coderre called on the political parties to tell the public where they stand on the future of Canada Post and its decision to halt home mail delivery.

Some Canadians are concerned that the community mailboxes are lowering property values.  One realtor says he recently lost a sale because the home was next to a large super mailbox.  There has even been talk of giving homeowners a tax break because of a box on their property.  That actually happened back in 1998 when there was a previous push for cluster boxing.

Last week, for example, the Postal Service announced that it was making some revisions to the Postal Operations Manual (POM).  The announcement doesn’t explain the intention of the revisions, but it’s pretty clear they are designed to make it easier to install cluster boxes instead of door or curbside delivery.  For example, there’s a new passage in the POM saying, “Door delivery will generally not be available for new delivery points.”

The revised POM also says that “newly established or extended business or residential customers must request and receive approval of the delivery location and mode of delivery from the local Postmaster or District designees.”  The previous version of the POM does not say anything about a requirement to get prior approval.

The Postal Service also told the PRC that it “voluntarily converted a total of 225,009 deliveries to a more efficient delivery mode — 165,358 residential and 59,641 business deliveries.”

That may sound like a lot, but there are about 150 million delivery points in the U.S.  According to this OIG report, about 70 percent of them get door or curb delivery, so in FY 2014, only about 0.26 percent of them were converted to centralized delivery.  And it’s not so clear that they were all converted “voluntarily,” as suggested by an article yesterday about how customers in Elko, Nevada, were misled into thinking they had to move their mailbox.

Legislation introduced by Senator Tom Carper also addresses the delivery issue.  Section 206 of his bill, which he calls iPOST (Improving Postal Operations, Services, & Transparency Act of 2015), “encourages the Postal Service to use the primary mode of mail delivery that is most cost effective and is in its best long-term interest, including moving towards conversion to cluster boxes and curbside delivery with consent from customers and businesses. “

Back in December 2013, when Canada Post announced its plan to convert five million addresses to cluster boxes, I wrote an article entitled “Canada gets cluster-boxed: Why it can’t happen here.”  It reviews all the problems with cluster boxes and concludes that neither the Postal Service nor Congress will mandate mass conversions to cluster boxes without the customer’s permission, at least not anytime soon.

“It can’t happen here,” ends the article.  “One wonders if it can even happen in Canada.”

Considering the results of yesterday’s election, there’s even more reason to wonder whether Canada will continue to get cluster boxed.

The question now may become something entirely different: Will the Liberals undo the conversions that have already taken place?

UPDATE (Oct. 27, 2015): Canada Post said that it has put a temporary halt to plans to phase out door-to-door mail delivery in urban areas, about a week before a new Liberal government that promised to restore regular mail service comes to power.  The Canadian Union of Postal Workers welcomed the news, and argued that the planned cuts should be “permanently cancelled and delivery restored to the thousands of people who have lost it.” Read more.