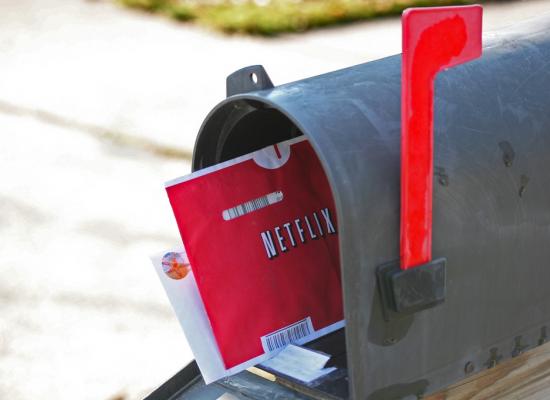 Netflix is planning to close one of its distribution centers in Connecticut, and it’s blaming the Postal Service.  A Netflix spokesman had this to say:

"Netflix has closed the Bloomfield DVD distribution center due mainly to United States Postal Service transportation and service changes, along with increased internal production efficiencies, resulting [in] a small number of jobs lost."

That announcement has to be hurting some feelings at L’Enfant Plaza.  Netflix is the Postal Service’s largest individual commercial mail client, with postage expenditures topping $500 million annually.  For several years now, the Postal Service has been fighting with GameFly and the Postal Regulatory Commission in defense of the good deal Netflix receives on postal rates.

The high cost of slowing down the mail

The Netflix spokesman would not specify how the Postal Service is hurting business, but his reference to “service changes” is a clue.  It may have something to do with the Network Rationalization plan to consolidate 240 mail processing plants.  When fully implemented, the plan will end overnight delivery and slow down First Class mail a day or two.  Netflix mails First Class, so slowing down the mail adds a day or two both ways, which means that subscribers get fewer movies per month. 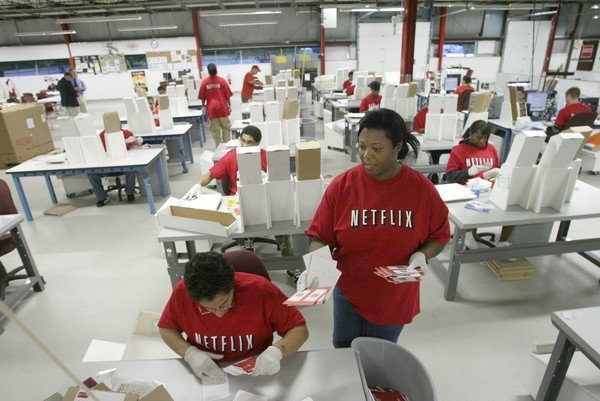 When the consolidation plan was announced in 2011, there was immediate speculation about how it would affect particular mailers like Netflix.  Some said that delays in sending disks back and forth would lead some customers to end their Netflix service contact.  Other customers would demand that Netflix lower its prices because customers would be able to see fewer movies per month.

Slower delivery times may already be pushing some Netflix customers to the streaming alternative.  Over the past 15 months, Netflix's DVD business has fallen from 10 million members to 7.5 million.  During that same period, the “Domestic Streaming” segment has increased from 23 million members to 30 million.

There are a lot of reasons besides mail delays that would turn people from DVDs to streaming (like convenience), but this is just the kind of thing that had critics of the Postal Service’s Network Rationalization plan worried.  While the plan might save a couple of billion dollars in operating costs, it also has the potential to drive away billions in revenue as well.  According to a marketing study that the Postal Service tried to keep hidden, slowing down the mail could cause revenue losses of over $5 billion a year.

It should come as no surprise, then, that Network Rationalization might be pushing some customers from subscribing to streaming.  The changes in delivery time could easily be driving away some portion of the $500 million a year in Netflix mail business.  And they may have also contributed to the decision to close the Bloomfield distribution center.

The Postal Service is in the middle of implementing the consolidation plan, and it says that overnight delivery has been maintained in most cases (i.e., for Intra-SCF mail).  Still, it’s very likely that Netflix, like other mailers, has already started noticing problems with delays and slower delivery times.

In the Connecticut area where the Bloomfield DVD distribution plant is located, the Postal Service began consolidating the Stamford mail processing facility with a Westchester County, N.Y, facility in June (the process will be completed in September), and the Wallingford processing center will be consolidated with the Hartford facility in September.

These particular consolidations are just underway, so it’s not likely that they themselves have been causing problems in the Bloomfield area.  But perhaps Netflix has been having problems elsewhere, and it’s anticipating problems in Connecticut.

It’s also possible that the DVD-by-mail business is declining for reasons that have little to do with transportation and service changes at the Postal Service.  Maybe customers are simply growing to prefer streaming, especially as the selection of available movies expands, and maybe closing a distribution center is an inevitable consequence of fewer disks in the mail.  But then why did that Netflix spokesperson put the blame on the Postal Service?

The Postal Service and Netflix seem to have had a good relationship.  The deal they made to deliver and return DVDs was apparently so good that GameFly, a company that ships DVDs like Netflix, has long complained that Netflix has been getting special treatment and illegally preferential rates. 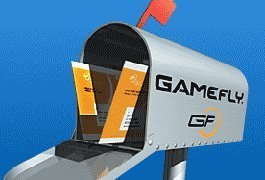 In April 2011, in response to a complaint from GameFly, the Postal Regulatory Commission found that the Postal Service had in fact unlawfully discriminated against the company. The Commission’s remedy, however, was not the one GameFly had sought.

GameFly wanted the Commission to direct the Postal Service to give it a deal similar to the one Netflix enjoyed — manual culling and processing at machinable letter rates — and a reduced automation rate for its flat-shaped DVD mailers.

Instead, as explained in court documents, the Commission told the Postal Service to waive the 20-cent second-ounce charge for DVDs mailed as flats and to refrain from imposing a nonmachinable surcharge on any qualifying round-trip DVD mailer that is sent as letter mail and that weighs one ounce or less.

That remedy would have still left GameFly paying more than it felt warranted, so the company took the PRC to court.  In January of this year, a federal appeals court ruled that Netflix had indeed received an unfair advantage from the Postal Service's special handling of its DVDs.  The court rule that the Commission’s remedy was inadequate and its order was “arbitrary and capricious,” so the court vacated the order and remanded the case to the PRC.

The parties are still trying to work things out.  The most recent development in the story is that the Postal Service has filed a request with the PRC to create a new competitive product, tentatively called “Round-Trip Mailer.”  As the Postal Service explains, this “would equalize rates for eligible Round-Trip Mailers by reducing the price for a two-ounce First-Class flat-shaped round-trip DVD mailer to the price for a one-ounce First-Class letter-shaped round-trip DVD mailer.”

However things turn out for GameFly, the case has brought to light just how much the Postal Service is willing to do for a big customer like Netflix.  The disks often jam the sorting machines so they need to be hand sorted, and it's debatable whether or not the rates Netflix is charged reflect the extra work.  But $500 million a year is a lot of business, and it's no surprise the Postal Service would defend the deal and one of its best customers in the protracted argument with the PRC and GameFly.

Now that Netflix is putting the blame for closing one of its plants on the Postal Service, it’s tempting to conclude that the company is being ungrateful.  But you can’t really fault Netflix either.  The company developed a business model that depended on low postal rates and fast delivery times, then watched as the Postal Service changed course and made plans to slow down the mail.  There may even be an exigent rate increase on the horizon.  These changes have to be making it tough on a big mailer that depends heavily on speedy delivery.

This story may also be a harbinger of things to come.  How many other companies that depend on fast, reliable, inexpensive mail — businesses like Netflix and Blockbuster, e-Bay, Amazon, and community newspapers — will also find their business model threatened when the Postal Service has fully implemented the consolidation plan and the mail is slower everywhere?

If the Postal Service proceeds with plans to end Saturday delivery, that could cause even more problems for Netflix and companies in a similar situation.  As Forbes observed earlier this year when the Postal Service announced plans to end Saturday delivery, It would "either mean Netflix will no longer be able to deliver DVDs on Saturday, or that the company would have to seek out more expensive shipping methods through UPS or FedEx.  Either way, costs will be going up or revenues going down for the company, neither of which will help trader sentiment or the bottom line."

The news is filled this week with reports about the Postal Service’s latest financial report — $740 million lost in the third quarter, $3.9 billion in the first three quarters — and not surprisingly, there have been several editorials endorsing more cutbacks and even privatization.  The Washington Post, for example, has endorsed Issa’s postal reform legislation and Forbes says, just end the monopoly, privatize the damn thing, and get it over with.

Full-scale privatization won't be happening anytime soon, but cuts in service are well underway, and more are coming.  One wonders how businesses like Netflix will fare under the new postal system being shaped by Congress and the leaders of the Postal Service.  How many more times will we see a company cut back its operations and then blame the Postal Service?