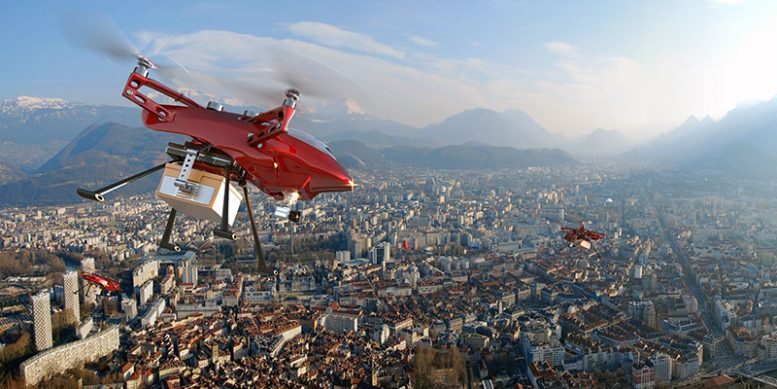 Congressional Research Service: Can you prevent a drone from flying over your house to deliver a package to your neighbor? Until now, that question has been of purely theoretical interest. However, the Senate recently passed a bill that could significantly change the operational landscape for unmanned aircraft systems (UAS or drones) and make these kinds of hypothetical delivery drones a reality.

On April 19, the Senate passed H.R. 636, which would reauthorize the Federal Aviation Administration (FAA) through fiscal year 2017. Section 2141 of the bill would require the FAA, within two years, to issue a final rule authorizing the carriage of property within the United States by operators of small UAS for compensation or hire. Many commentators believe that this section could facilitate the use of UAS by companies like Amazon to deliver packages to your front door. This provision would require the FAA to create a “small UAS air carrier certificate,” allowing the operation of small UAS “directly, by lease, or other arrangement” to carry property, including as part of a highly automated commercial fleet. These kinds of flights have not yet been approved by the FAA because they would likely involve operations beyond line of sight and in densely populated areas, both of which are currently prohibited. However, Amazon has been testing its so-called Prime Air operations for about a year, under an individual exemption granted by the FAA that imposes specific limits, such as speed and altitude limits and a requirement to fly within visual line of site of the pilot in command, on its test operations.

The prospect of highly automated fleets of drones being used routinely to deliver packages raises a number of interesting legal questions. Can a property owner bar overflight by a drone making a delivery nearby? Could a homeowners’ association prohibit the delivery of packages by drones within their jurisdiction?  Read more.  (Photo)